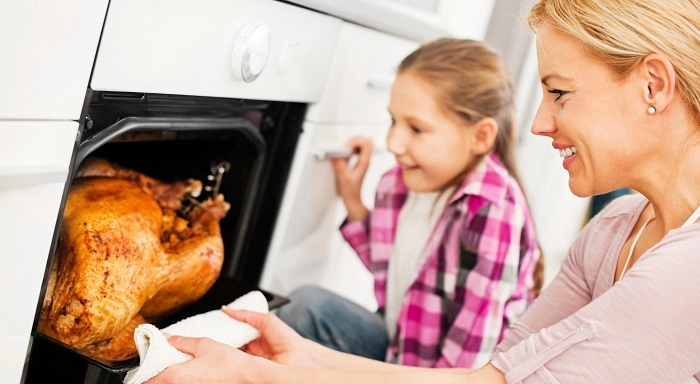 Thankful people in the United States give gratitude and celebrate life’s abundance with a grand meal on the fourth Thursday of November every year. This tradition started the fall of 1621, when Pilgrims celebrated their first successful crop after a long period of struggle and hunger. Yet while you may think that Thanksgiving is a uniquely North American celebration, other countries and cultures have similar days of thanks.

The Brazilian thanksgiving started fairly recently, in 1949. The Ambassador of Brazil visited U.S., fell in love with the concept, and brought it back to his homeland. Like the North American Thanksgiving, families gather, offer words of appreciation and gratitude for a great harvest and all the year’s blessings. Later, in 1966 Brazil designated the 4th Thursday of November — just like in the United States — as the day to celebrate. (Imitation is the sincerest form of flattery.)

Canadians actually celebrated Thanksgiving before Pilgrims even landed in Plymouth, Massachusetts. Canadian Thanksgiving — or, to its French-speaking citizens, l’Action de grâce — was first celebrated in 1578, when the English explorer Martin Frobisher gave thanks for his fleet’s safe travels in the northernmost part of Canada.  Canadian Thanksgiving is celebrated like in the United States, with families gathering around tables piled high with turkey, ham, potatoes, stuffing, and pies. Parades are common, too.

Thanksgiving in Grenada, an island north of Venezuela, is held on October 25th every year. It marks the anniversary of the 1983 U.S. military incursion meant to restore order after the death of communist leader Maurice Bishop. American soldiers who were stationed in the country after the invasion told locals about their upcoming Thanksgiving holiday, the focus on gratitude, and the family and feast they would miss. To show their own gratitude, the people of Grenada surprised the soldiers with a meal like the one they would be missing, complete with traditional North American Thanksgiving dishes.

This small and remote Pacific Island sitting between Australia and New Zealand also celebrates a Thanksgiving because of U.S. influence. American whalers were present on the island in the mid-1890s. Hoping to attract those whalers to and start a Thanksgiving celebration, American trader Isaac Robinson decorated the All Saints Church with palm leaves and lemons. Though Robinson passed away before the following Thanksgiving, the tradition caught on. Now on the last Wednesday of November, families bring fruit and vegetables to the church to celebrate, tying cornstalks to pews, and decorating the altar with fresh flowers.

Liberia was founded in the 19th century by freed slaves from the United States. These people brought many New World North American customs with them to Liberia, including Thanksgiving. The Liberian version is celebrated on the first Thursday in November. Liberians fill their churches with baskets of local fruits and vegetables like bananas, papayas, cassava, mangoes, and pineapples. After the service families return to their homes to feast.

You may not realize that around 40 percent of the adults on the Mayflower — the ship that transported the first English Pilgrims from Plymouth to the New World in 1620 — came from Leiden in the Netherlands. Because of the large Dutch population in the New World, Dutch influence is apparent in colonial American life, such as civil marriages, ladder-back chairs, and wood-planked house construction. Some suggest the Pilgrims’ Thanksgiving was inspired by Leiden’s annual remembrance of the end to a siege on Leiden by the Spanish in 1574. Regardless, the people of Leiden celebrate a version of Thanksgiving with a church service on the fourth Thursday of November, followed by cookies and coffee in place of turkey and stuffing.

China’s Mid-Autumn Moon Festival is a time when family and friends celebrate the end of the harvest season with a giant feast. It is one of the most celebrated Chinese holidays, held on the 15th day of the 8th lunar month, which falls in September or October. According to legend, the moon is at its brightest and roundest on this day. The festival’s traditional food is the mooncake, round and yellow like the moon, a flaky pastry stuffed with either sweet or savory filling.

Chuseok is one of Korea’s three major holidays, beginning on the 14th night of August and continuing for three days. It’s a time when families and friends share food and stories, and pay respects to their ancestors. Along with a feast made from the recent harvest, the main traditional dish is Songpyeon — sticky rice kneaded into little cakes and filled with red beans, chestnuts, sesame seeds, or other ingredients. The group attends a memorial service, often taking the form of a moonlight trip to the graveyard, then feast upon return.

Called the Homowo Festival, this event takes place in Accra, a coastal region of Ghana, and commemorates a period of famine in the Ga people’s history. The word “homowo” means “hooted at hunger,” which is what their ancestors did when faced with famine. Today, the festival occurs around harvest time between May and August. During the harvest, women dig up yams (the country’s staple crop), saving the best for the festival dinner. The yams and food are blessed by local chiefs, and the celebration ends with a huge feast followed by dancing, singing, and drum-playing.

The Jewish feast of the Tabernacles

Tithe Hebrew Sukkoth, taking place each fall, has been celebrated for over 3000 years. It is known by two names: Hag ha Succot, meaning “Feast of the Tabernacles,” and Hag ha Asif, meaning “Feast of Ingathering.” Sukkoth begins five days after Yom Kippur, which is the most solemn day of the Jewish year. Sukkoth is the third of the Jewish pilgrimage festivals, following Passover and Shavuot. All three mark different stages of the harvest, with Sukkot signifying its end. Celebrated by feasts taking place in huts outside the home, which are a symbolic reminder of the temporary dwellings the Israelites inhabited during their journey across the desert.

(This blogger gives thanks to Mental Floss’ recent blog, the article from thanksgiving.org.uk and that of the theweek.com for some of the data in this blog.).