Asia is home to some of the largest and emerging e-commerce markets on the planet. E-retailers from all over the world, including homegrown leaders, are racing to get a share of the pie or to increase their share.

Interesting experiments are being tried out — some have worked while others haven’t. Some practices are related to localization and yet others have to do with adapting to local business practices. We list them below to provide inspiration and lessons for companies trying to make it big in Asia as well as elsewhere in the world.

Rakuten’s Englishnization Project — What’s Wrong and Right about It

Rakuten, best known for its stronghold over the Japanese e-commerce market, is aggressively going global. One of the strategies that it has adopted is to “Englishnize.” That is, the company has adopted English as the official language and asks employees to do all internal communication in English.

While it’s understandable that a Japanese company may need such a push, this does raise the question of whether Rakuten’s worldview is limited to the US, the UK, and a few other English-speaking countries.

The very concept behind the strategy also speaks to a lack of awareness of growing linguistic diversity on the web. In fact, the US, about which Rakuten is very ambitious, is home to nearly 54 million Hispanics, who command an estimated purchasing power of $1.5 trillion. Even some of the US-based e-commerce giants have not yet taken notice of this market, and therein lies an opportunity for Rakuten.

But Rakuten, as well as other Asian companies dreaming of making it big in the West, need to remember that it’s not a monolithic market and that it cannot all be won over by English.

Use Machine Translation if You Have to, but Please Prep for It

Indian e-retailer Snapdeal, which recently attracted funding from the likes of Softbank and Alibaba, launched its website in a couple of Indian languages a few years ago. However, all the attention it garnered went to waste as users dropped the awkward translations as fast as they could. Snapdeal’s translations seemed as if they had come out of a free machine translation (MT) engine — a bad decision for a company starting out in localization, especially in Indian languages.

Not that MT isn’t prescribed for e-commerce at all. In fact, Snapdeal could have learned from investor eBay, which has actually invested in MT for the long term.

While it’s true that e-commerce companies must localize to realize the true potential of the markets they’re entering, it’s equally true that no one will accept substandard and confusing translation. It might actually do your brand more harm than good.

If you adopt machine translation, remember that setting up a paid engine is not cheap or quick. Understand that for MT to be effective, you must provide it with a corpus of clean translations from which the engine can learn, and humans must edit the MT output in most cases.

User-generated product reviews are worth their weight in gold to e-commerce companies. Rakuten, in particular, does a great job of eliciting reviews from customers by providing reward points in return. Buyers in Japan often see that products on Rakuten have more product reviews than on competitors’ sites, so they feel more encouraged to buy at the former.

As companies go global, they should remember to provide user reviews in the local language. And the way to get in-language user reviews is to either machine-translate them in real time or provide localized versions of websites, which attract local users in droves and encourage them to buy, use, and leave a review of the product in the local language.

Super Star at Home, Not So Much Abroad

Rakuten prides itself a lot on the ecosystem it has built and credits it with much of its success back home. CEO Hiroshi Mikitani describes it this way: “Customers flow in from a variety of entry points. Many come via our e-commerce marketplace, but others first connect with Rakuten via our banking or securities business, our travel business, our payments or our digital goods offerings. All roads lead into the circle.” 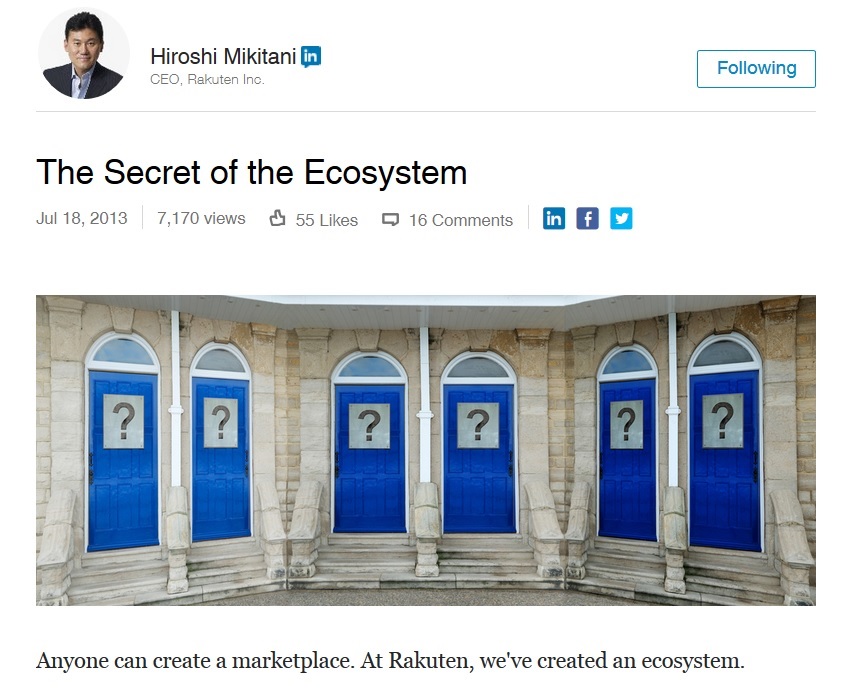 It must have taken time and a lot of serious investment to grow this ecosystem, which has indeed worked amazingly for Rakuten. But is it practical to try and build such an ecosystem in each market that it enters? Rakuten will need to understand what works for pure e-commerce players in other countries and compete similarly.

In fact, this is what Rakuten is doing in China. It exited the Chinese market in 2012 but re-entered recently with a different strategy: to leverage Chinese consumers’ love for US goods and discounts. The company is doing this by acquiring a small stake in Fanli, an e-store that focuses on rebate-based loyalty shopping, and hopes to tie in Fanli with its US-based discount stores, Ebates.cn and Extrabux.

Moral of the story: Business models that have been runaway hits back home may not even ring a bell abroad. But there surely are other channels that are locally popular — look out for them.

Training and Monitoring Sellers as a Survival Strategy

In emerging e-commerce markets such as India, it’s often common for sellers to be unaware of business etiquette online as well as the kind of customer service they should provide, and they generally under-deliver on buyer expectations. Mostly this is thanks to a lack of training, as the marketplace model is still quite nascent here.

Amazon identifies this as a possible cause of failure and is moving to counter it by monitoring sellers and offering them training. After all, its marketplace will only be as good as the quality of the products and services offered by the sellers.

Logistics is the bane of e-commerce in Asia, but no one is giving up. Indian e-commerce major Flipkart is trying innovative practices such as customer pick-ups from drop-off centers. Right now the company is using this model to facilitate pick-up for office employees who may not be able to receive consignments at home, but it plans to use the same model for Tier IV cities where last-mile deliveries may not be feasible.

Amazon is going a step further by picking up goods from sellers who aren’t located near its warehouse or cannot access courier services easily. Amazon understands that you need to make e-commerce attractive and headache-free for the seller as well as for the buyer.

Too Early to Depend on a Single Platform

In May of this year, Indian e-retailer Myntra.com shuttered its desktop website and went completely mobile. While the reasons to do so may seem clear enough —mobile drives nearly 70% of the company’s sales — it may still be too soon to go single-platform. In hyper-competitive markets like e-commerce, losing 30% of your sales even in the short term can break you. Parent company Flipkart announced a similar move at the time, but has wisely kept its website open. 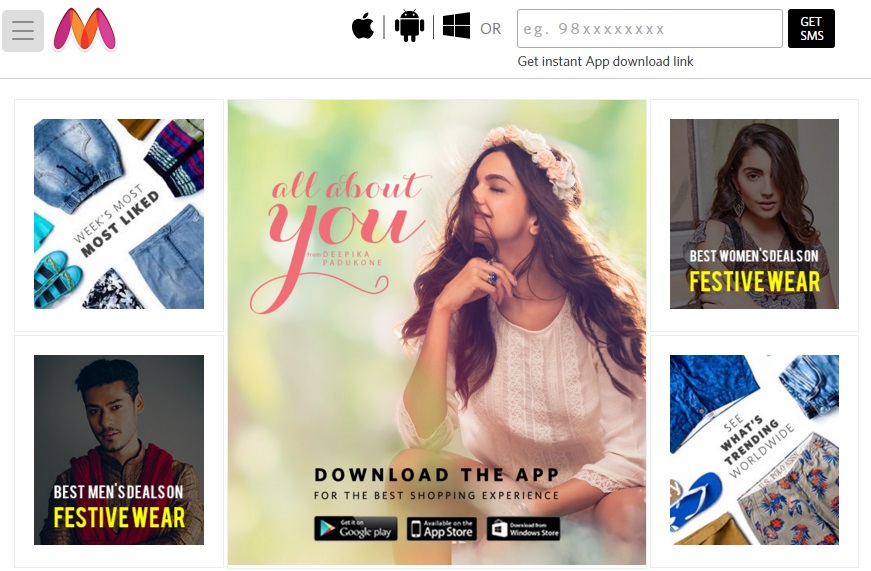 If companies do decide to go completely mobile in markets such as India, they’re wasting a lot of their resources if they don’t also provide app translations. This is because a large number of the people they’re hoping to reach in the hinterlands are much more comfortable in their native languages than in English.

Translation and Localization Are Essential to E-commerce Success

E-commerce should be one of those businesses that need the least localization. After all, you don’t have to set up factories or source raw material and so on, right? In reality, it’s quite the opposite. As we have seen from the examples mentioned in this post, this sector often needs to get local to the core — hyperlocal even — to be successful. Although translation is part of the success formula, true localization requires a keen understanding of customers’ preferences and the local infrastructure and how you can adapt to it.