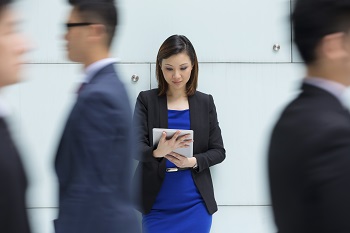 After a blockbuster, history-making IPO in September, Chinese eCommerce giant Alibaba continues to show why it has everything it takes to be the world’s premiere eCommerce marketplace. It has already pulled out all the stops for this year’s Singles’ Day holiday in China. This morning’s earliest reported results showed that just one hour of sales topped what the company achieved in some nine hours on the same day last year.

So why is it that Alibaba, with more than 80 percent of the Chinese B2C market, should be paying close attention to Chinese-market relative upstart Amazon.cn?

From China With Love

Like most other holidays, Singles’ Day has a modest origin story. The November 11th holiday (11/11) was originally conceived back in the early 1990s among college students, young men specifically, who wanted a day to kick back with their fellow bachelors and celebrate in a kind of anti-Valentine’s Day way. As young women and couples began to adopt the holiday more widely, it did not take long before the business sector took notice.

But none of those businesses quite achieved what Alibaba managed to do. The company — which enjoyed revenues above $85 billion USD — turned Singles’ Day into an epic masterpiece of business-to-consumer (B2C) sales strategy. According to published gross merchandise value figures, in just five years Alibaba’s Singles’ Day sales through its Tmall.com site grew to dwarf eCommerce consumer spending during Black Friday and Cyber Monday combined. According to CNBC media, this year’s sales alone are expected to easily top $8 billion USD.

By comparison, Amazon has been a minor player on the Chinese marketplace so far. While in the country for just under a decade, its Amazon.cn platform has been isolated from the rest of the brand’s interconnected sites in the United States, United Kingdon, France, Italy, Germany, Japan, or Spain. Its 3 percent share of the B2C market, while a foothold, has in no way approached the market dominance that the brand enjoys in the West.

Signs that Amazon is positioning the brand for a more impressive return on investment finally surfaced in August. The company announced that it was setting up a facility in China’s free trade zone located just outside of Shanghai. The zone itself is new, a bold move by the Chinese government that relaxes import and export regulations to attract overseas business investment, goods, and services. Understandable — cross-border-shopping Chinese spent more than $35 billion USD in 2013 and a report by PayPal and The Nielsen Company predicts that it will explode to $163 billion USD by 2018.

A Battle Between Giants

What is at stake for Alibaba is its share of that figure. While dominant in China, Alibaba’s eCommerce share is as weak in the Western markets against Amazon as the reverse is for Amazon in China. However, even in China, Western brands and their products enjoy a far better reputation than Chinese brand products, an ugly and persistent perception. Amazon enjoys not only a solid reputation but also a reliable global supply chain of the very Western goods so desired by Chinese consumers.

By all accounts, Amazon is bringing that entire infrastructure to bear here. Amazon.cn will be connected with its international sites, providing its Chinese customers with direct access (no more creating separate accounts). Although international delivery schedules present a significant challenge, the company has reportedly entered into partnerships with global shipping firms like EMS and UPS to offer three-day shipping turnarounds.

In an interview with TechWeb, Niu Yinghua, vice president of Amazon China, said “China is one of Amazon’s markets with the most potential, and we will continue to bring our superior global resources to bear in China.” While Alibaba has launched its own cross-border eCommerce market, there is no doubt that the deck is stacked in this regard in Amazon’s favor. Only time will tell if Chinese consumers give Amazon the ultimate victory.