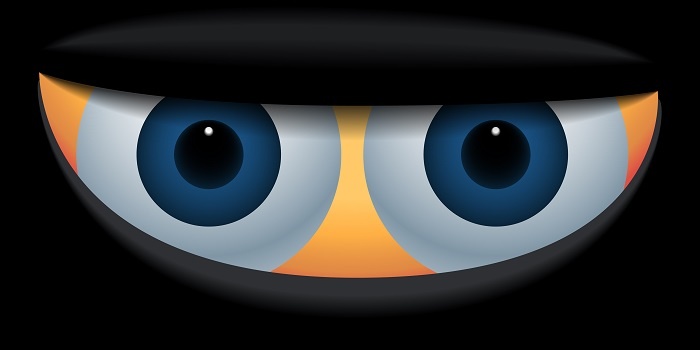 English words have become more and more a part of the Japanese language. Oftentimes they are in katakana script, but can also appear in alphabet form. The Ninja — the sly ENglish in JApanese — can be a problem.

Say you’re translating from Japanese to English and you run across some yokomoji (lit. lateral character) words in the source file. Wait — words already in your target language, useable as-is? You lucked out, right? Wrong. Any experienced JA2EN translator will tell you that those are stealthy pitfalls in plain sight, and can be the source of everything ranging from mild irritation to full-scale hair-pulling.

Perhaps true for speakers of many non-alphabet languages, the Japanese are generally unaware of what upper and lower case are all about. You will find strings like “Internet BOT” or “Interactive AD” cropping up, and after wondering for a second whether they’re referring to the Bank of Thailand and Assistant Director, you’ll see through context that they are just “bot” and “ad” with absolutely no reason for the odd capitalization. You might also encounter CP, ASSY, and PAX, which again look like acronyms, but are not: they stand for “campaign,” “assembly,” and “passengers” respectively.

Browse the web and you’ll see some funky capitalization usage on Japanese sites. Company names are sometimes all-capped for the simple reason that their company logos are designed in all-caps. The all-caps may even carry over into the “CO., LTD.” part of the name — essentially SHOUTING THEIR ENTIRE OFFICIAL CORPORATE NAME at you.

There is a simple explanation for this. On one hand, the Japanese do not know about upper and lower case because such a thing does not exist in their language. On the other hand, you have the Japanese need to conform and standardize. When these combine, the result is awkward — as is trying to outline the capitalization rules of English — but do try explaining that the logo is a design element and the company name is a legal and linguistic element, and therefore should be handled separately.

A sixth sense for context

Let’s say a text contains the words “Points” (a certain form of credit that can be earned by using a certain service) and “points” (the generic term). The Japanese source may use pointo (ポイント) for the first and another term for the latter if you’re lucky, but it’s more likely you’ll be faced with pointo for both, or “Point” (singular) for both. When translating or reviewing the English target text, you’ll have to keep an eye out to make sure the capitalization in the target file matches the meaning.

Be especially careful with text coming from a Japanese JA2EN translator, as he/she is less likely to recognize the caps issue as being an issue at all, and oddly-capped English words can come through from the source as-is.

As I mentioned in a previous article, Japanese is a low-res language where context is king. The native users of that language are natural experts at deducing meaning from context, with a real knack for picking up information from what is not explicitly mentioned.

As such, the translator may show disbelief when instructed to use “Points” for app-specific points and “points” for a generic meaning to be clear about which points are being talking about. Being context-sensitive, they can tell which points are referenced, and can’t understand why we aren’t able to. Plus, having two different ways to render the same word goes against conformity and standardization.

They might even counter your theory by pointing out that a lower-case “point” becomes “Point” at the beginning of a sentence and also when included in a title (rendered in title case), at which point you will have to admit that they may have a point there (puns intended). But at the end of the day, translators are professionals, so if you are consistent and instruct them to apply a certain set of rules, they will comply.

The Moravia blog has addressed the Janglish issue in the past, so I won’t rehash the same content here. Most Janglish is easy to spot and easy to stop — you know it’s not real English because it sounds ridiculous. Like having “tuna sand” for lunch; it just won’t taste right. But what’s scary are the less obvious slips, and the more time you spend in Japan, the more acclimated you get to Japanized English.

For example, in Japan the word “campaign” is used a lot. You see it all the time in the context of a sales campaign (and sometimes spelled as “CP”). But often it’s simply referring to a sales event or special offer of some sort. And to be honest, I was getting numb to this.

So I made it a point (uh, yeah) to revisit my word usage and spot those ninja issues. In the case of “campaign,” when you factor in the various military and political situations in which it can be used (especially during an election year in the target market), it was clear that other wording may be more appropriate from a marketing perspective for the translation to English.

So the fundamental rule, as any reviewer knows and all translators should know, is to be suspicious of any English word that appears in a Japanese (or any foreign language) source text. It may look like English, but there’s a good chance that it’s not. A ninja in hiding. Being cautious and getting it right will ensure that no one will LOL or wwwwwww at your translation.