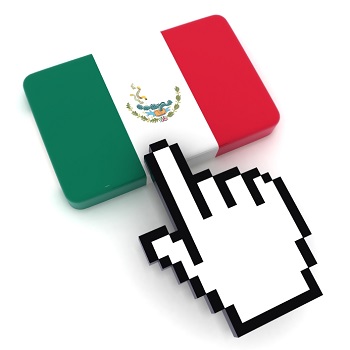 Recently christened as Mexico’s Silicon Valley, the city of Guadalajara — together with other tech-friendly regions of the country — is turning heads around the globe with its business-friendly climate and smart start-ups.

According to an NPR All Tech Considered report in June, Mexico’s tech sector has grown at a rate three times faster than the global average. Most of that — three-quarters, according to technology research firm Gartner — is fueled by both U.S. business interests and global players like Coca-Cola.

While the nation’s tourism industry saw a whopping $3.9 billion in foreign revenue in just the first quarter of this year alone, the country’s technology production and IT services are proving to the world that Mexico has much more to offer than its Mayan ruins, vacation resorts, and great sport fishing.

“Mexico is quietly emerging as a capital of Latin America’s growing information technology (IT) outsourcing industry,” says Quarterly Americas. “More than 600,000 people already work in IT, with another 65,000 new professionals graduating each year from the dozens of technical and engineering schools clustered throughout Mexico.”

Driving the demand are start-ups and incubators like those in Guadalajara, the capital of the state of Jalisco and six hours north of Mexico City. What one Washington Post writer describes as Mexico’s version of America’s “entrepreneurial spirit” is certainly apparent in the city, where a strong combination of bilingual and educated tech talents have already drawn attention and investment from major global players such as Hewlett-Packard, Kodak, and IBM.

It’s not just Guadalajara start-ups doing the work of city-brand-building, of course. In January 2012, the city beat out 11 others to win the federal government’s go ahead to build the Ciudad Creativa Digital (CCD, Creative Digital City) project. The downtown industrial park expects to create 20,000 high tech jobs and generate $10 billion of investment in the city, reports Mexico Today. The park plans to give space to both start-ups and media giants such as Viacom, News Corporation, Walt Disney, Sony and Comcast/General Electric.

PowerSource Online adds that Mexico “has tremendous scope to absorb foreign industries and goods. Lucrative business opportunities are available in different regions of Mexico. Cities like Monterrey, Guadalajara, Mexico City, and the U.S.-Mexico border are all experiencing major growth. If one were to invest in the technology industry in these places, a return would surely be seen.”

Mexico’s near-shoring alternative to outsourcing giants India and China have found a U.S. market that is increasingly willing to diversify their technology production investments. Part of that is the U.S.’s domestic Spanish-speaking population, which represents 16.9% of the nation’s residents and who — with support from software internationalization and globalization experts like us — can be readily served by Mexican producers.

India’s own developments also play a part. The rapid growth of its outsourcing industry has led to inflation and a 30% labor attrition rate, according to a representative of ThinkSolutions speaking at an executive briefing, “Mexico’s Silicon Valley: Getting the Real Story,” in 2011.

In his article “Why Mexico Will Be Latin America’s Tech Leader,” ABC journalist Stephen Keppel cites two reasons why it comes down to a Mexican win over the likes of fellow innovators Brazil, Chile, Columbia, and Peru. One is that Mexico enjoys already close trade ties to the U.S., its border-sharing neighbor to the north. Two, and what Keppel cites as the real advantage over Brazil, is that the Mexican government is determined to clear the barriers to global competition — cracking down on monopolies in telecommunications and other key industries as well as smoothing the path to registering and launching a business.

“Twenty years ago, most Mexican companies were not global,” explained Blanca Treviño, the president and founder of IT solutions company Softtek to The New York Times. “Today, we understand that we have to compete globally.”

For example, in the energy industry, Mexico’s Modebo designs wireless devices using “advanced algorithms to predict energy consumption and temperature behavior” to create energy-efficient buildings. The Next Web reported that Modebo was the prestigious winner of Mexico City’s 2012 Startup World. The company’s win allowed them to compete for the grand prize in the Startup World contest in California’s Silicon Valley.

A Brighter Future for Mexico

Although the sole Central American member nation in the OECD, Mexico is often still regarded as a developing nation and struggles against an ongoing publicity crisis resulting from highly publicized drug crime violence. It’s the successful startups and the technology sectors like Guadalajara that are combatting Mexico’s negative profile with a positive outlook.

In its Creative Economy report, the United Nations reported that Mexico’s “digital industry will drive the creativity and competitiveness of the country’s productive sector as it moves from an economy with scarce use of information technologies, to one where the use of ICTs will be generalized in all economic, cultural and social activities.”

The message then, perhaps, for the current outsourcing giants?