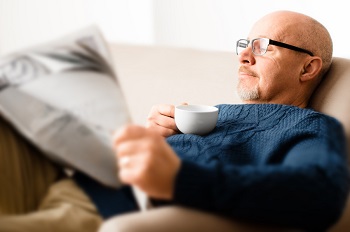 We’re back this month with welcome translation developments for Microsoft Office, delightfully geeky news about a competitor to Google Glass in Japan, and the word on an impressive kick-started windfall for a soon-to-be-produced translation gadget. And, yes, another patent filing by Apple in the language technology space.

Here’s Looking at You, Google Glass!

ZDNet.com: “Japanese telco NTT Docomo has unveiled augmented reality glasses that translate a menu in real time, set to be ready in time for the 2020 Tokyo Olympics. The device overlays the wearer’s first language on to unfamiliar text, instantly translating it, according to AFP on Tuesday. The glasses were introduced at the Combined Exhibition of Advanced Technologies (CEATEC) fair in Japan.” – Docomo unveils instant translator glasses in Japan, 1 October 2013

InformationWeek.com: “Microsoft’s new Translator app is a standalone tool but also lets Windows 8 and Windows RT users select any text within Word or PowerPoint and instantly translate it. In a blog post, Microsoft noted that organizations can use the app with custom translation systems built with the Microsoft Translator Hub. The company said over 1.3 million characters are translated each hour using Office’s existing built-in translation features, and an average of 99 customized translation systems are built with Translator Hub each month.” – Microsoft Expands Power BI, Translation For Office, 30 September 2013

Crowdfundinsider.com: “Sigmo voice translating device, which claims to allow the user to translate immediately 25 different languages, closed last night at $249,216 raised on a goal of only $15,000. The initial goal seems quite modest in light of their incredible success as 3375 backers lined up to support the technology product. This raise puts Sigmo in the top 50 of most funded on Indiegogo in all categories and in the top 20 for technology campaigns.” – Sigmo Language Translating Device Closes Just Shy of $250,000, 5 October 2013

Asahi.com: “With the spread of the Internet, many Japanese started using automatic music translation software BrailMUSE (Braille music support environment), which was developed by Toshiyuki Gotoh, a professor of image processing and assistive technology at Yokohama National University Graduate School, and other researchers at his laboratory. This year, the Japan Association of Braille Music started offering automated Braille translation software for trial use to test its effectiveness. The association hopes it will be used as Internet transcoding for universal access to music scores.” – Software provides easy access to Braille music scores, 4 October 2013

ITNewsAfrica.com: “Rubric, a global language service provider, has donated its translation services to make Mozilla’s Firefox Web browser available in isiXhosa – South Africa’s second most spoken language. Françoise Henderson, CEO of Rubric, says the company completed the translation of 30,000 words into isiXhosa, and will continue to support Mozilla in the interests of broadening mother-tongue access to information.” – Mozilla’s Firefox available in isiXhosa, 10 September 2013