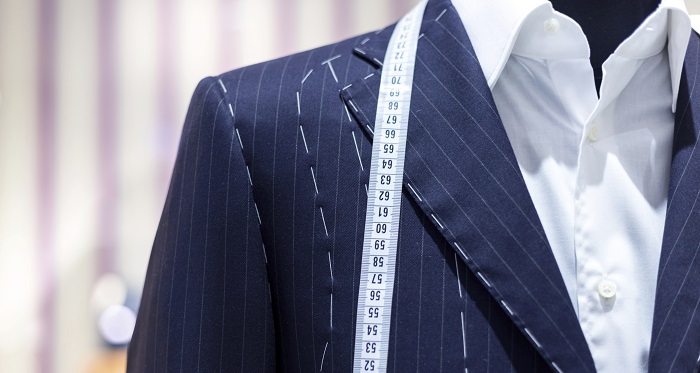 We wrote back at the start of the year that Big Data and mass personalization were going to be the newsmakers of this year and, by golly, we weren’t the only ones to feel that way. And nobody is surprised by that, right?

So let’s talk a bit about Chris Morton. If you somehow missed hearing about him, he’s the brains behind rising star fashion eCommerce marketplace Lyst, which he and co-founder Sebastjan Trepca built back in 2010. To say that Lyst has influenced the fashion industry is an understatement in the vein of, oh, mentioning that Airbnb might have people rethinking their hotel bookings.

Lyst is also one of the fast-growing high-tech companies located at or nearby the Silicon Roundabout, the hub of the technology scene in London. This center of activity has become an incubator for innovative companies and, tellingly, will soon be the new home of Amazon in the UK.

Lyst, falling under IT because of the data crunching engine under its coat, giving people customized shopping experiences (like Amazon), has garnered considerable attention in the years since it burst onto the fashion scene. Just last year, it was one of the companies inducted into the Future 50, an initiative of the UK Government that identifies high-growth companies and matches them to government advisors and private investors. That news gem was of course included among those listed in the January announcement that Lyst raised $14 million in a Series B round led by venture capital firm Balderton Capital. But the real win has been convincing big multi- and mono-brand fashion sites to participate in the platform: some 300,000 to date, according to Fashionista.com.

More impressive by far is what the company’s decidedly data-driven model is reaffirming for us about the future of eCommerce worldwide, for the $1.2 trillion dollar global fashion industry as with any other.

We’ve taken the time to highlight the best of Morton from his interviews. Our suggestion: Listen up, Luddites.

Get Behind the Tech Revolution

As technology evangelists in the translation space, we know what it’s like trying to convince people that tools for automation can nevertheless work well with their human masters. Morton, of course, had to learn the same in the fashion industry space. There was a lot to say about the learning curve when Morton spoke with fashion blogging site 1 Granary in August.

I guess, the variety of attitudes to technology within the industry surprised me, it really is the extreme. You would have brands like Burberry, who not only have connected their brands with the world – it’s not just lip service – they genuinely are heady with their work in the space. That’s just a look at one end of the spectrum, then you take a look at the other, and there are people who are still not using e-commerce and don’t believe that people ever buy fashion online – forget about a mobile device: just on the computer. …

Technology may also be truly beatiful. Check out this video showing how Lyst can portray in real-time the vast amount of big data they receive daily. Some 250,000 items of clothing and accessories are on the screen at any one time, “allowing popular trends to shine through whilst providing an engaging and colourful piece of digital art.”

Embrace the Power of Mobile (with Caution)

When TechCrunch first interviewed Morton back in 2012, mobile purchasing only accounted for 15 percent of sales through the Lyst platform. Now, with a site optimized for browser and phone, mobile sales account for 40 percent. Since the majority of Lyst’s traffic is still coming from the U.S. and the United Kingdom, highly saturated smartphone markets that are seeing a decline in in-store sales (HT Javelin Group, PDF), it’s no wonder that mobile users are responding so positively to what Lyst is offering. Nevertheless, according to an interview with Retail Insider, Morton spells out his views on channel integration:

For successful brands and retailers, I think physical stores will be just one of many, interwoven consumer touchpoints – it’s unlikely physical stores will thrive if they are not part of the company’s wider digital strategy. [Main street] will be digitally integrated, with the smartphone playing an integral part in the shopping experience.

Looking at channels in isolation is dangerous – as much as possible we shouldn’t think of in-store commerce, ecommerce, mobile commerce and social commerce by themselves, as often a purchase flow will touch more than one of those channels.

Writing for PSFK last year, Morton candidly reviewed the limitations of most personalization approaches and how that challenged the Lyst team. On the one hand, you have in-store shopping experiences that, while highly personal, require the customer to repeat themselves with every store entry. On the other hand, most on-line shopping personalization attempts have been limited to making recommendations based on previous purchases. That singing Big Mouth Billy Bass you bought for your dad? Well, that will haunt your store recommendations algorithm for quite some time.

And that’s why Lyst has a three-prong approach to personalization:

In reality, it’s not a choice of one over another. At Lyst, we use all three when we create personalized shopping experiences for our customers. Over-reliance on one technique can be limiting, while the best results — those that really help customers discover things they love — come from a blend.

Certainly, that’s as much a truth for fashion industry as it is for the translation and localization space. But let’s hear from you — add either your take on the Lyst approach or a link to your next big purchase in the comments below!