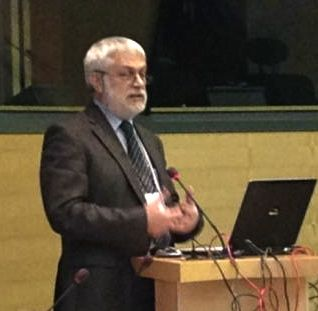 Last week in Luxembourg, the European Court of Auditors hosted the one-day event “Automated Solutions in Translation: Paving the Way,” to discuss the challenges that the European Institutions face with the explosion of content that needs to be handled by limited resources.

The 130+ participants from several multilateral institutions, were treated to presentations from industry experts and major internal stakeholders and to a lively debate moderated by Mrs. Ulla Falk-Petersen, Director of the Translation Directorate of the European Court of Auditors.

I was asked to give the keynote presentation with the theme “The Future is Here, Now What?” in which I was supposed to challenge organizations that by size and nature tend to be slow at adopting change.  However, the audience was very receptive and eager to understand how new processes and expectations in translation and localization can translate into action. Topics like collaboration, disintermediation, and productivity improvement fed into interesting discussions.

Fred Hollowood, Research Director, Consultant & Shared Engineering Services at Symantec, talked about “Machine Translation and the Content Explosion” and how his company addresses this problem. Here are some highlights of his presentation:

She went on to describe Multilingualism as an asset that contributes to European creativity, but it is also problem. The fact that every EU citizen is entitled to address the European institutions in their native language and to receive a response in 15 days, causes massive pressure on the traditional system and consequently the Commission is often in breach of its obligations. After all, 15 days doesn’t seem much, but it takes 3-4 days just to route the request, then translate it, prepare an answer, and then translate it back. Ms Fröhlinger advocates that the traditional translation processes should be applied mostly to legally binding translations, and that other translations follow simplified processes and adopt automated translations.

The final presentation “[email protected]: serving the multilingual needs of the European Commission,” by Josep Bonet (photo), Head of the IT Unit, European Commission, DG Translation, gave us some insight into the current developements from the IT side at the EU. Here are some highlights:

In conclusion, the European Union institutions constitute the largest translation organization and the largest translation client in the world, spending over € 1 billion per year, or roughly € 2.20 per EU citizen per year. It auspicious to see their legitimate efforts to expand access to public information in all European languages in a timely manner, while controlling costs and dealing with limited resources.