In this episode of the Globally Speaking podcast, we sat down with Dino Pick, former Commandant of the Defense Language Institute Foreign Language Center in Monterey, California, to discuss how Monterey became known as the “language capital of the world.”

In this fascinating interview, Dino — himself a fluent speaker of Arabic, Persian-Farsi, Persian-Dari and Assyrian — talks about the origins of the Defense Language Institute (DLI) during World War II, and how its development during the Cold War, Desert Storm and post 9/11 fueled Monterey’s growth as a center of linguistic expertise.

With its 1,800 instructors teaching about 3,800 students over 20 languages and language variants, the DLI continues to draw linguistic talent to Monterey.

To listen to the episode, co-hosted by Renato Beninatto and Michael Stevens, click “play” in the player below. You can also listen and subscribe to the podcast on iTunes, Google Play (USA or Canada), Stitcher, or via RSS. 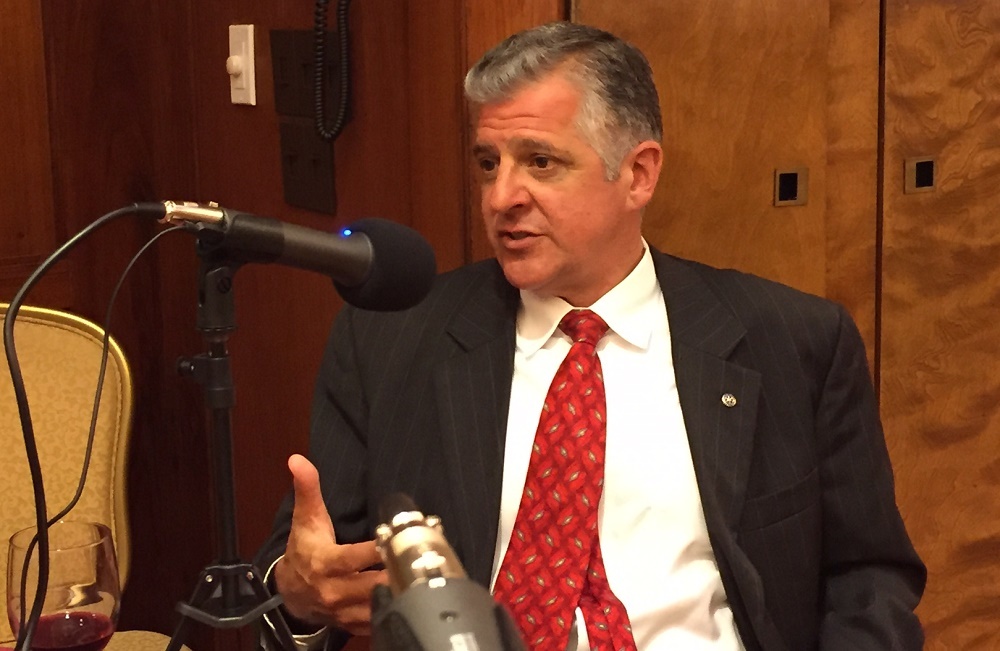 Col. Danial D. Pick served as the Commandant of the Defense Language Institute Foreign Language Center from 2010-2014. He became a Middle East Foreign Area Officer in 1996 and served multiple tours in the region. A graduate of the DLIFLC Basic Arabic course, he speaks Arabic, Persian-Farsi, Persian-Dari and Assyrian. He served as the director of the Army’s Foreign Area Officer program at the Presidio prior to taking the position of DLIFLC Commandant. He currently serves as Chairman of the Board of Directors of the Defense Language Institute Foundation and as Deputy City Manager at the City of Monterey.

DLIFLC is regarded as one of the finest schools for foreign language instruction in the US. As part of the Army Training and Doctrine Command, the institute provides resident instruction at the Presidio of Monterey. The present facilities accommodate approximately 3,800 Soldiers, Marines, Sailors and Airmen, as well as select Department of Defense and State members. DLIFLC students are taught by approximately 1,800 highly educated instructors, 98 percent of whom are native speakers of the languages they teach.

Foreign Language: An Adventure of a Lifetime from DLIFLC on Vimeo.