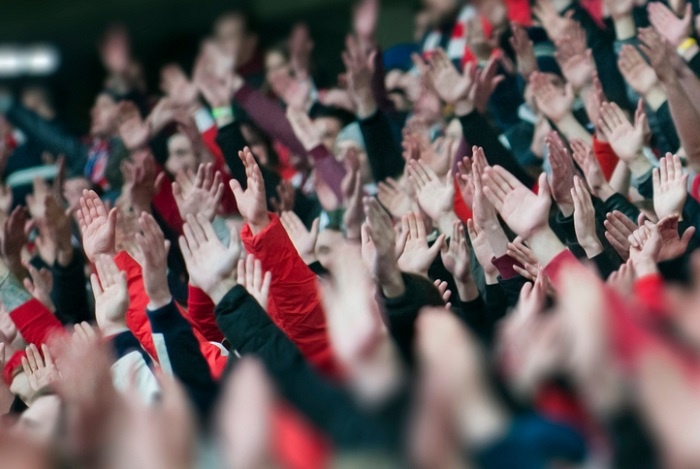 Around ten years ago, I met the owners of a small chain of hotels, and they expressed both anger and horror at the growing phenomenon that was TripAdvisor—a site that publishes loads of customer reviews. “This is going to destroy our business,” they complained. “We’ve spent years letting people know what we’re good at, and now a few unhappy guests can ruin all of our hard work!”

Back then, the concept of user-generated content (UGC) was a difficult one for businesses to grasp; for many it still is. You spend so much money and so many hours carefully crafting your marketing messages, deciding exactly how and when they will be delivered to your target audience. Now with UGC, content related to your brand can carry different, sometimes damaging messages—and you have no control over it. What do you do? Do you dismiss it as untrustworthy and ignore it—and hope your customers do too? Or do you engage and acknowledge UGC as one of your most effective marketing channels?

Without a doubt, you need to engage, and many organizations have grappled with how to do this successfully over the last ten years. How do you turn the conversations your customers are having about you into a powerful marketing tool?

The first step in managing your brand through UGC is knowing what people are saying about you. At the most basic level, you can set up simple searches and alerts on most search engines and social media platforms, so that if your brand is mentioned in a blog post, a Facebook status update or a tweet, you’re quickly notified.

If you’re working across international markets, then you also need to know what’s being said about you around the world—even in countries you might not identify as your main markets. Take The Regency Restaurant, a traditional fish and chips restaurant in the British seaside town of Brighton. The owner, Robert Savvides, couldn’t understand why he suddenly had an influx of Chinese visitors. He never set out to promote his restaurant to a new market, yet UGC transformed his business. The initial boost to his customer numbers was based on good fortune, but he has since adapted his service to accommodate the wishes of his Chinese clientele who, according to Robert, like to have starters, main courses, and desserts on the table all at the same time. He has recognized the power of his diners sharing photos and reviews of their meals with millions of potential future customers.

While The Regency Restaurant has benefited greatly from favorable postings on social media, not all UGC is positive. We see many brands take a battering on social networks, often resulting from a negative news story or an unhappy customer wanting to publicly embarrass them. Sometimes a brand is caught up in a wider protest action; for example, an advertiser on a website or news channel may be slammed for its views on a controversial topic. Failure to act or make a statement can cause a company shame, and create an unwanted association between the brand and the contentious issue.

Respond to both the good and the bad

It’s therefore essential to monitor what’s being said about your organization, regardless of the language used. And once you pick up a message, whether it be a tweet, a blog post or an Instagram tag, you need to have the ability to respond quickly and appropriately. For some businesses (for example, airlines, rail companies, and hotels), that response has to come within minutes, not hours. Get it right and your social media becomes a living embodiment of your brand voice; mess it up and your marketing efforts can unravel rapidly.

An airport I use regularly doesn’t have the best reputation for punctuality or passenger satisfaction. They have a Twitter account which is managed by a PR company, and until recently, a look at their activity revealed a startling pattern. Whenever their name was mentioned in a positive tweet, a reply was promptly sent acknowledging the praise, and the complimentary tweet was usually retweeted to the account’s followers. Negative tweets (and there were many) were met with silence. A generous interpretation could be that the complaints were handled in private exchanges; it’s equally likely, though, that the PR team in charge of the account was only able to respond to praise, and had no authority to offer solutions to unhappy passengers. While the airport’s marketing team had done the right thing in monitoring the social media noise, they still missed an opportunity to promote an image of a caring organization who empathizes with their passengers and offers solutions and help when they run into problems.

While we advocate responding to UGC, there are occasions when it might make sense to ignore a comment on social media or on a review site. The online world has more than its fair share of trolls seeking to create a name for themselves through outrageous and usually offensive behavior. If you suspect that a comment or review is simply bait to pull you into an online spat, silence may be the wisest approach.

There’s little doubt that user-generated content is here to stay, and that as technology develops, your customers will find it ever easier to review, share, and request support using these openly visible platforms. Ignoring UGC is not an option. Instead, it’s likely to be the single most transparent way in which your audience will see your brand in action. Customers will form their opinions as much on what you do with UGC as on what you fail to do.

If we’ve intrigued you and you want to read a bit more about UGC and how to harness it, check out our video about monitoring the content of an active community.