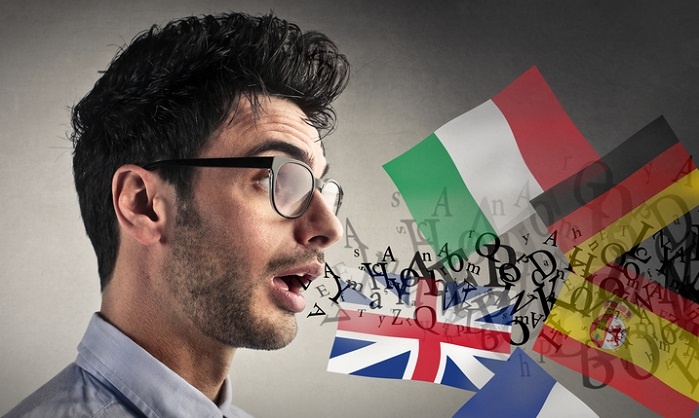 Language is a fascinating, deeply complex topic being researched in a variety of ways. Professors of linguistics, lexicographers, anthropologists, and cognitive scientists are just a few groups studying language in attempts to understand where it came from, how it’s evolving, and how mankind interacts with it.

From making up your own words to how texts constitute a new language, here is a collection of TED talks about language that we think you’ll enjoy.

How Language Shapes the Way We Think by Lera Boroditsky

Does language create reality, or does reality create a language’s structure and content? Lera explains the research she’s doing to explore how differences in vocabulary, constructs, and grammatical structures influence our thought processes.

Four Reasons to Learn a New Language by John McWhorter

English is the dominant language in a variety of fields: business, aviation, and international politics for starters. As a result, John posits that by the end of the century, thousands of the world’s languages will be extinct. So why bother learning another language besides English? John’s reasons are compelling, from health benefits to absorbing another culture, and he argues that there’s no better time than the present to get started.

From learning to say, “Where is the bathroom?” while in a foreign café to moving to a new country, learning another language is a bridge to discovering other cultures and broadening your own horizons. Janesh’s own fascinating story about teaching English in Turkey reinforces the message that knowledge of other languages and cultures breaks down barriers and removes biases.

Many people think that texting is causing the death of language, with its seeming lack of consideration for all things grammatical and punctuational. But John sees texting as the first occurrence of a writing system that mimics how we speak—a new language of its own. He then dives into some real-world examples of how speech is evolving to accommodate this new medium.

The Joy of Lexicography by Erin McKean

In this humorous talk, Erin, a lexicographer (dictionary writer) and the founder of online dictionary Wordnik, nerds out over lexicography and provides a new perspective on dictionaries. In the transition from printed books to searchable webpages, she discusses how dictionaries should evolve to better accommodate the vast amount of words in the English language. She advocates collecting words, while not judging whether they are actually suitable for the language or not.

Go Ahead, Make up New Words by Erin McKean

Erin challenges us all to make up new words. She gives six ways in which you can get creative with your language and better express yourself. For example, did you know that “electrocute” is a blend word?

Philippa explains how her work with the United Nations addresses language challenges to ensure that the people understand both the process and the candidates. The talk is a fascinating one because she provides an insider’s perspective on running democratic elections in a country for the first time.

Mary sheds light on the behind-the-scenes job of a copy editor at the New Yorker magazine, describing both the good and the bad of the role. She amuses the audience with examples of missed errors, author negotiations, and readers quick to criticize.