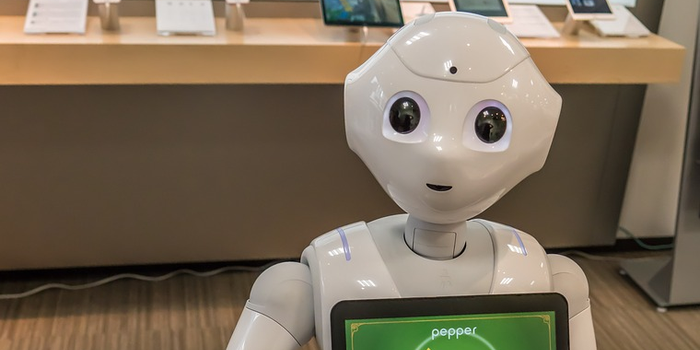 Japan has had a long and amicable relationship with robots going back to the 17th century. So when SoftBank announced that the “brains” for its Pepper robot would be supplied by IBM’s Watson, people rejoiced. There was no Terminator-driven angst, even though the combination of robots and AI threatens to make many human jobs obsolete.

Deep Blue’s 1997 win over world chess champion Gary Kasparov, and the defeat of Go champion Lee Sedol by Google’s AlphaGo in 2016, were both impressive feats by incredibly smart machines. But those were games of logic where the fuzzy aspect of human language played no part. So from a linguistic perspective, Watson’s 2011 Jeopardy victory — at a game filled with nuance and context and everything that is human — is much more meaningful.

Unlike Deep Blue, which was dismantled after the match, Watson lives on because its human-facing capabilities proved to be way too valuable. Since its epic win, Watson has found its way into a variety of services and solutions. From oncology to online dating, the combination of cognitive computing and machine learning helps put people in touch with what they need in the language they use. And in Japan, it will be in the form of a robot.

More than a toy

At CES 2016, IBM announced that they will be providing a version of Watson for use in SoftBank Robotic’s Pepper robots, and the rollout is now in progress. Pepper, who is built to recognize basic human emotions and adapt its behavior accordingly, is already becoming a common sight at cell phone shops and banks as an information concierge. Its ability to kuuki wo yomu (lit. “read the air,” or to sense the mood) endears it to many. And when it gets powered by Watson, one can expect Pepper to become even more adept in interfacing with humans.

As Japan’s population dwindles (and so too its workforce), and those who are alive get older, robots like Pepper are expected to fill positions in the retail sector as well as provide companionship. And as the cloud-residing Watson gains more and more experience through scores of human-interfacing Peppers, the system will grow smarter and more powerful each day. Who knows, with its new AI brain boost we might even see multilingual mini 3PO’s in time for the 2020 Tokyo Olympics.

The idea of a friendly robot is deeply embedded in Japanese culture. Far before the self-sacrificing tachikoma of Ghost in the Shell, the oversized-cat-robot-from-the-future Doraemon, and my childhood anime hero Astro Boy, there were actual karakuri mechanized puppets dating back to the 17th century.

These kimono-clad automatons would bring tea to guests and provide entertainment. Engineers even had the art so perfected that a robot archer would be programmed to miss his first shot (so people would be drawn into the drama of the moment) and then nail the next shot (so the applause would be that much greater).

With this age-old tradition of showcasing the latest tech in a savvy way that appeals to human nature — coupled with the linguistic ordeal posed by what Michael Karasick of IBM characterized as “a language that’s used indirectly, so extracting the meaning from what people say is, also, an interesting challenge” — Japan may prove to be the ideal testing ground for a robotic future.

Unlike IBM’s English-version commercial featuring Watson (in monolith form) talking to actor Ken Watanabe about linguistic capabilities in its iconic Jeopardy-dominating male voice (but delivering its first and final lines in laughably American-accented Japanese!), the commercial that aired in Japan had Watson conversing in fluent Japanese, using a female voice.

So why the gender-bending Watson? Actually this is spot-on localization for the Japanese market where a female voice is considered less intimidating. And since Watson isn’t already associated with the Jeopardy challenge here, or with Thomas Watson Jr. for that matter, there’s no need for Watoson to be male. And when implemented into various products and services, the voice of Watson becomes a non-issue since it can drive just about any speech engine.

In places like the new Henn-na Hotels near Tokyo Disney Resort and the Huis Ten Bosch theme park in Sasebo, the monolith will be absent but Watson will be the brains driving the actions of the hotel’s many human-like, dinosaur-like, and robot-like robots.

So where am I going with this robot story? Like linguists everywhere, I had a deep-set anxiety about technology, in the form of a polyglot bot or not, putting our profession in, well, jeopardy. I dreaded the approaching “singularity” that so many were talking about. And I wasted time worrying about the future, when I should have been forging ahead into it.

Sure, the future will force us to change. But as Renato Beninatto foretold in his podcast with zen-like awareness, “it doesn’t matter.” “Transformations will happen (but) people will not starve. New jobs will be created (and) they will involve language. It’s going to be the post-editor; it’s going to be the information architect. There is going to be another name but the functions will still be done.” So let’s keep an open mind, look on the bright side, challenge yourself, but don’t forget to enjoy the show.