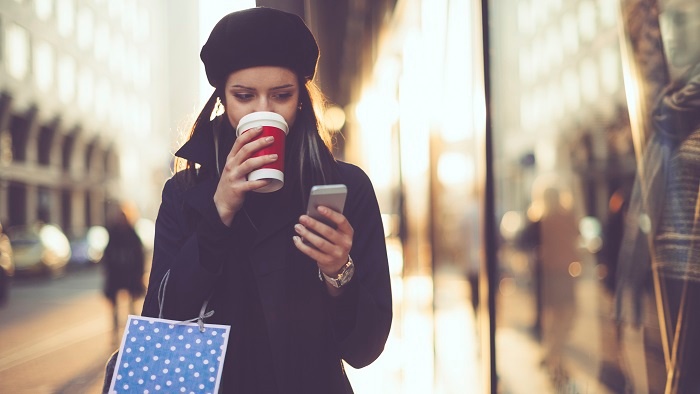 Ever wonder about the buyer profile of your global consumer? What type of shopper he or she is, what are the factors they typically weigh before making a purchase, etc.? A recent report from Euromonitor delves into this exact topic, and also explores the global shopper types in some select countries. I knew that would catch your eye. Read on.

So, what are the shopper types?

Conspicuous Consumer, Social Experimenter, Thrifty Bargain-hunter, Thoughtful Planner, and No-frills Saver are the five categories the London-based market research firm has identified. And perhaps to the dismay of marketers, the last category is the one most consumers belong to, as you can see from the figure below. 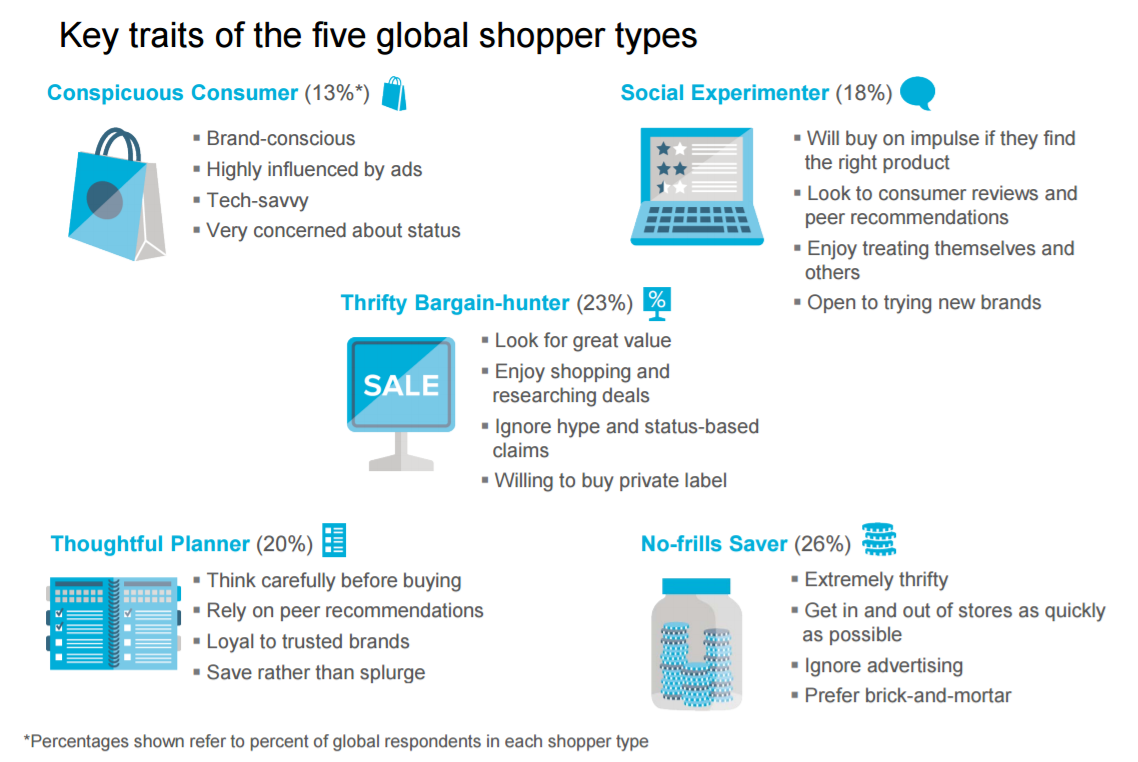 The No-frills Saver is also concerned about status the least, or rather not concerned about how purchases affect his/her status. The Conspicuous Consumer is at the other end of the spectrum, often making travel decisions based on shopping destinations, and so on.

Here’s where it gets interesting. Euromonitor provides a breakdown of the shopper type data for Brazil, Russia, India, and China (BRIC) as well as for some developed economies such as the UK, the US, Japan, Germany, and France. 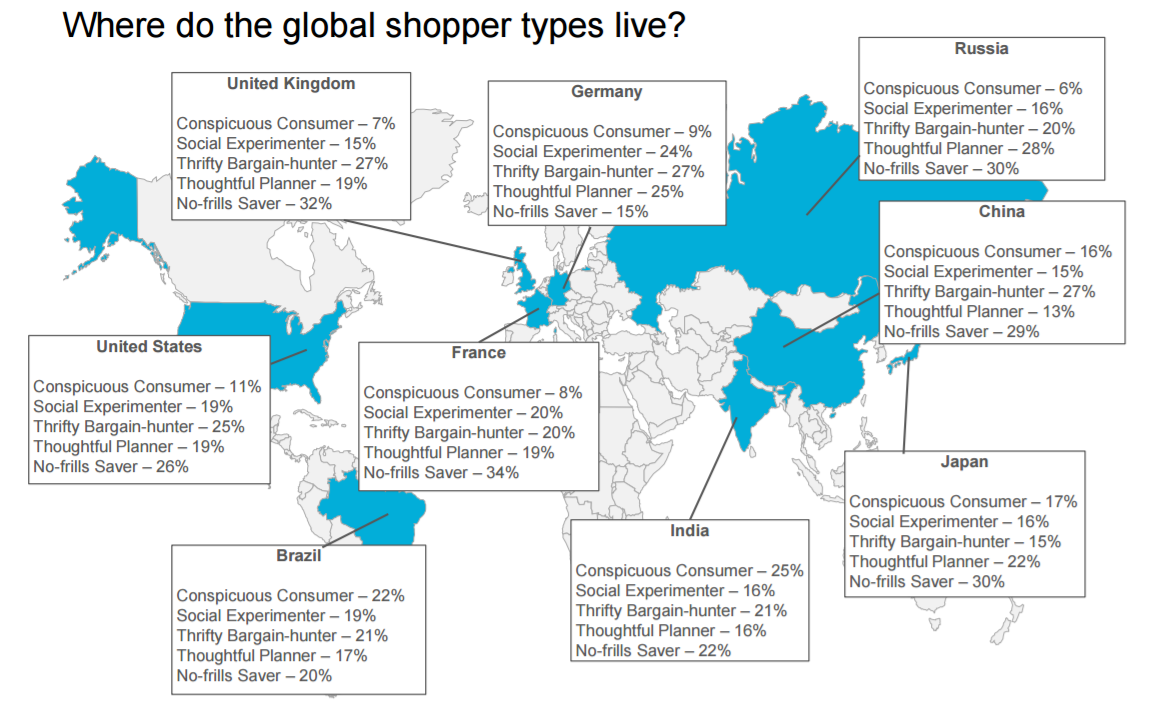 A few points to highlight:

The report might be somewhat depressing to marketers: after all, they’d like to believe that most consumers fall for their catch lines and glitzy campaigns. It would have been interesting to compare the current report with some year-on-year and decade-on-decade data. It may have shown us the trajectories taken by consumers in various countries and by their economies.