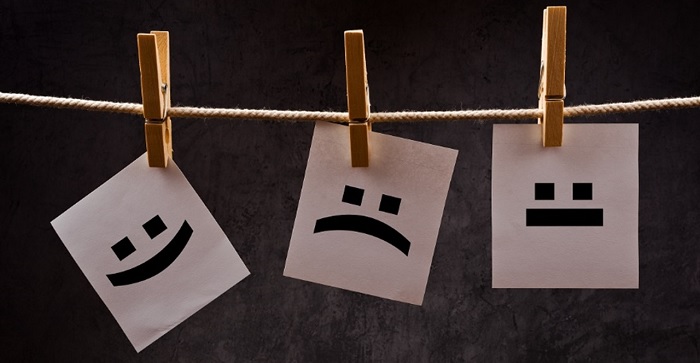 We have all heard the arguments about how translation memory (TM) can result in savings and improvements in translation quality, and they are all true. But today we’re going to play the Devil’s advocate and talk about situations in which using a translation memory may actually be counter-productive.

The times when you are better off without a TM:

There used to be a time when all content produced by an enterprise would be stored diligently for future use. And that is still true for many organizations that produce hardware, construction equipment, or other products that tend to have a longer shelf life or do not change drastically from version to version.

However, with the rise of the digital economy and adoption of agile development, legacy content is not always as valuable as one might think. Sometimes, it is the “data at the edge” that is important and needs to be acted on immediately. When you’re dealing with blogs, news, or some social media outlets, for instance, previously-translated strings may not be as relevant or even sufficient without a fresh translation.

Marketing content, too, tends to have a more limited use for translation memory. The tone and style may change from campaign to campaign, making segment matches much less useful.

This might seem like it runs counter to everything we have previously said about translation memories, but it doesn’t. Translation memory tools do indeed have direct benefits of improving speed and quality. One main way in which they achieve quality improvements is by ensuring that translations remain consistent over time — that is, a word or phrase is always translated in the same way and is not affected by individual translators’ styles. This is valuable, of course, and works in a large number of cases.

But there are also industries like life sciences where even a change of a single comma or word may necessitate an affidavit declaring that the translation has changed. Now, not that translation memory cannot be used here, but the cost of review can be significant, and if the project involves millions of words, it can be prohibitive. In this case, a content management system might work better, as segments that have not changed are never exported.

3. When it hinders rather than helps

One of the fundamental limitations of a TM is that it constrains translators. It’s not able to distinguish when “home” means a house and when it may be referring to the home page on a website, and so it can force literal translations. It cannot handle lexical and contextual ambiguities the same way a human translator can. It’s often been noted that ideally a translator should be translating the message as a whole, not as a collection of segments.

This is one of the basic reasons why most translators insist on reviewing all of the 100% leveraged content, just to make sure that everything is still relevant in context. TMs focus on segment-level translation, while translators make sure that the overall message gets translated.

Of course, TMs have built-in terminology management and concordance tools that can help with context. So, don’t be in a hurry to throw your TM away, but this is just another TM quirk that you should be aware of.

Over time, a TM can grow huge to the extent that a significant number of segments are obsolete. Errors exist in all TMs, and over time multiple translations for the same English string can create questions as to which translation is most valid. This is especially true if you have been dumping many projects into one large TM, and have not been cleaning it up regularly.

Also, terminology changes over time. New terms are created, styles change, changing demographics bring new expectations, and so on. Since many translators contribute strings to a TM over time, and each has his or her own way of understanding and articulating the localized segments, eventually you can end up with a confused style that sounds disjointed, resulting in a negative end user experience.

Understanding the projects that were put into the TM, as well as conducting careful maintenance and segregation of TMs, can prevent your language repositories from turning from assets into liabilities.

Again, this is one of a translation memory tool’s aspects that doesn’t get much press. It also springs out of a core benefit of a TM: while it leverages previously-translated content so that everything doesn’t have to be translated anew, review costs may mount if the leveraged content isn’t what you need. And, as we mentioned before, the cost becomes prohibitive if you’re in an industry where there’s absolutely no room for error.

However, to most companies, this is not a severely limiting feature of a TM. If you don’t know what the TM contains, you won’t know whether the leveraged segments will match the context and expectations of today. If you can control your translation assets carefully, review costs can go down — in some cases to zero.

More often than not, translation memory software results in productivity increases and quality improvements. However, if you consistently see quality issues crop up, or that the content leverage is not producing measurable benefits, it’s a good idea to investigate whether the TM is the root cause of the issues. In upcoming posts, we will talk about best practices for maintaining TMs, drill down to the specifics of how a TM degrades, and more. So, stay tuned!