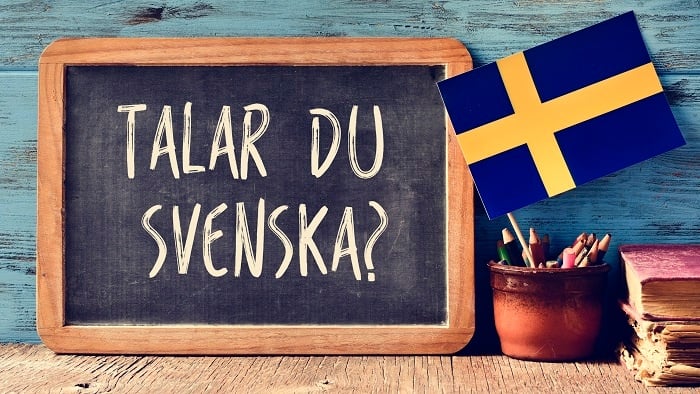 This is the second post in our language series, sourced from our experts at Moravia Linguistic Services (MLS). Read on to learn some fun facts about the evolution of the Swedish language and how they affect localization.

Swedish is the main language in Sweden, with about 9 million speakers. It is also one of the official languages in Finland (besides Finnish), but it is only spoken in some regions near the Baltic Sea by about 6% of the population. Historically, there’s also been a Swedish-speaking minority in Estonia, but most of them fled to Sweden during World War II. In the United States, there are descendants of Swedish immigrants.

Since the end of the 1960s, the Swedish language does not distinguish between formal and informal forms except in rare circumstances when members of the royal family are being addressed. Before the language reform, there were many levels of formal address to navigate. The most formal variant consisted of three parts: herr (“Mr.”) or fru (“Mrs.”), followed by the person’s societal position (such as doctor, count, lieutenant), and finally the surname.

So, if there is a certain Dr. Andersson, his employees would have had to call him Herr Doctor Andersson. And not as a term of address, mind you, as we might say “Dr. Andersson,” but in speaking directly to them replacing “you”: “Would Herr Dr. Andersson like a biscuit?”

This rather complicated way of speaking led to workaround passive forms, and modern-day localizers can only imagine the havoc it would create when translating from English. Thankfully, hand-in-hand with the liberalization of Swedish society, formal addresses gradually disappeared and Swedes started using “du” (you) more widely.

A rather informal tone is now preferable for most content. Using a very formal address, like the “Sie” form in German, can be an issue in Swedish, and should hardly ever be used. But companies writing texts in their own language rarely adjust them to fit Swedish or the norms of other languages. And that could, of course, always be a potential problem.

The upper case “Du” is intended to be a cross between a casual “du” and a formal “ni” (a plural form of “du”). But that may not always be how it’s perceived by the audience. Many people feel it is either ingratiating or a form of dissociation.

The Language Council of Sweden — the official language cultivation body — recommends to always write “du” (you) in lowercase in all contexts, especially in texts addressed to various people.

2. Swedish is largely okay with loanwords

Swedish has reacted positively towards influences from other languages. Today, Swedish is highly influenced by English, but historically there have been German and French influences, too. Once accepted, many loanwords get a Swedish spelling, like “mejl” (mail) and “skanna” (scan). Until 2006, the letter “w” was considered a variant of “v” and the letter occurs mainly, as is also the case for “q” and “z,” in names and loanwords.

While Swedish is rather stable, what linguists often point out as a problem is the gradual loss of language domains where Swedish is used. For instance, in higher education and research, English is taking over.

3. Close ties with English don’t make it unnecessary to localize

Swedes are mostly quite fluent in English, and it can be regarded as the widely-accepted fallback language. However, Swedes prefer to communicate in their own language by default.

Swedish is also a language that morphologically and syntactically is quite close to English. For localizers, this is really good news because it avoids a lot of potential problems stemming from diverging grammatical and morphological structures.

4. Pay heed to the pitch accent

Swedish has something called “pitch accent” — a prosodic phenomenon involving variation in tones. This is a curious fact, since many people tend to think of tonal variation as something found in Chinese and Bantu languages, and not present in European languages. For instance, the Swedish word “anden” can mean different things depending on the vowel tones: ‘the duck’ or ‘the spirit’.

5. Dialects exist, but are more starkly different in the countryside

The clearest differences can be found in the countryside districts. These so-called genuine dialects are also changing in the sense that they are giving way to standard Swedish, as it is so highly used, especially by the younger generation. The traditional dialects are usually divided into six areas: south Swedish, götamål (upper south Sweden), sveamål (middle Sweden), norrländska (northern Sweden), gotländska/gutniska (the island of Gotland), and East Swedish (Finland and Estonia).

Common Sense Advisory recognizes Swedish to be a Tier II language in the global hierarchy of languages. While there has not been much growth in the market share of the language, there is nevertheless a strong culture of localization and translation in the country.

Many thanks to Malin Lord, Swedish Language Moderator, and Roland Madarasz, Senior Project Manager, for providing most of the information in this post.