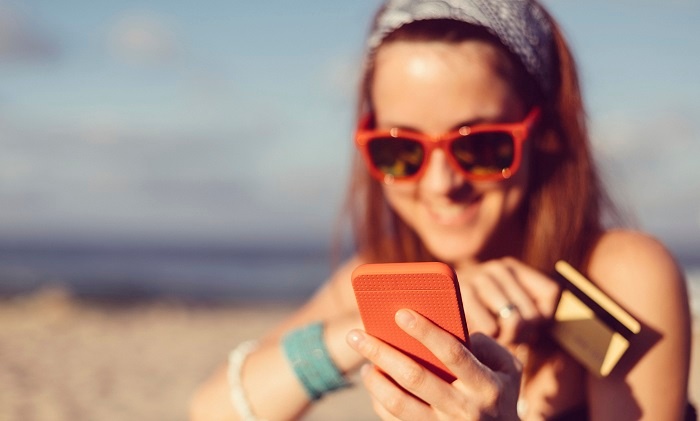 Digital money can be local as well as international. Domestically, digital money or digital wallets are used to make payments at your local store, paying bills, or sending money to friends or family living in different parts of the same country. The latter crosses borders mainly for three reasons: remittances (money that immigrants send back home to their families), payments at merchant sites, and payments for professional services.

However, the line between local and international for payment and money transfer companies is pretty thin, with domestic companies trying to go global, and global companies eyeing a share of rising domestic markets. Also, there’s the tussle between fintech and traditional incumbents. What are the top challenges for these companies to go global (or local, as the case may be)? How do they find answers to their globalization challenges?

PayPal had to tweak its service for India more than once to comply with the rules laid down by the country’s banking regulator. PayPal’s Indian users could not store money in their PayPal accounts indefinitely, but had to transfer the money to banks within a pre-determined time frame. In effect, it only allowed PayPal to function as a payment gateway, limiting the scope of its platform.

To payment and money transfer companies, localization is usually not a choice, but a requirement to continue or even begin to operate. The business of these companies is often global in nature, yet it’s how local-friendly they are that matters the most. Their competition is most often local. For instance, local banks and competitors may evoke more trust with your potential customers than a relatively lesser-known foreign brand. Building a strong brand in the local market becomes non-negotiable, and localization is integral to such a process.

An intimate knowledge of local market practices is a must

M-Pesa grew to its global success because it got it right in its home market — Kenya — first. It allowed users to send and receive money through the 65,000+ agents of Safaricom, a leading mobile phone operator in the country. Thus, Kenyan users didn’t have to go to the bank or even have a bank account to transact.

The beauty of the M-Pesa story is that its model could be replicated in whole in other emerging economies with similar conditions: a large number of unbanked, migrant workers wanting to send money to family in faraway cities, and ubiquitous mobile phone penetration. This could be India, South Africa, Afghanistan, or Tanzania.

Actually, M-Pesa did launch in all of these countries — and grew like crazy. Not to be forgotten in this smartphone-driven age is that M-Pesa was and is also available on feature phones, the original enablers of the mobile phone revolution. This is one product which needed little to no localization simply because it had perfected its model in one local market and could easily take it to identical markets.

Disruptors can get disrupted sometimes

A few weeks ago, the Central Bank of Nigeria (CBN) changed money transfer rules overnight. It could be a setback to startups, as abiding by the new rules would require companies to be worth $1 billion and have offices in 20 countries. As is, the remittances market for Africa is extremely competitive. There’s no way a newbie company can weather such regulations and hope to thrive in the Nigerian market.

However, no market is really easy for a fintech company. Take a European money transfer startup, for example: if it wants to enter the US, it will have to contend with strong incumbents and a plethora of regulations to comply with across 50 states.

Which languages to translate into?

It’s a tough choice, when the average money transfer company operates in more than a dozen countries. However, we saw that fintech companies and their traditional competitors alike take translation and transcreation seriously.

TranserWise, which uses an innovative “member-matching” algorithm to effect transfers, recognizes that 30% of its users don’t speak English as their primary language. The criteria which it uses to decide whether or not to support a language are the current demand for that language, growth in the number of users who speak the language, the migrant market size and their English proficiency, and whether the currency route is sustainable. It also takes into consideration whether the language is easy to translate into, the availability of translators, and its own priorities for the market. 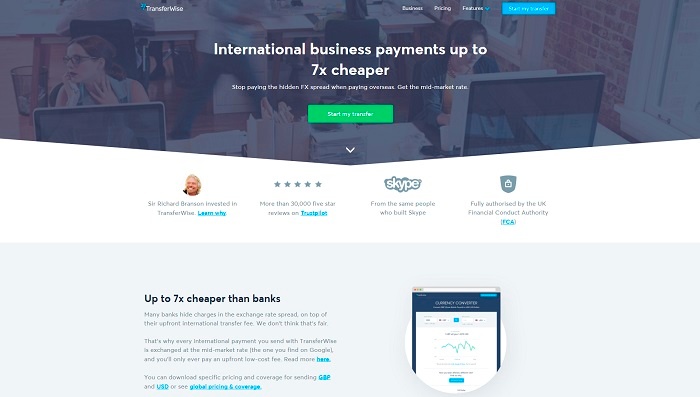 PayPal explicitly says on its website, “Spend and receive easily over borders and language barriers.” Skrill, which specializes in payments for online gambling and gaming industries, offers Spanish for the US. Given that many American companies still don’t take advantage of the additional market access by offering US Spanish, this is commendable and shows the company’s seriousness about the entire local market.

Payoneer focuses on handling marketplace payments, including those related to the translation industry. Interestingly, on its India site, it had an Indian English option — again a rare choice. Payoneer also adapts website images and copy to suit local markets. For instance, the India site says, “Get paid by companies and marketplaces worldwide,” while the US site says, “Send money to your payees worldwide,” thus recognizing the popular local purposes of money transfer for its users.

Western Union, whose share of the world’s foreign exchange corridors ranges from 10% to 50%, operates in 200 countries with localized websites in over 70 languages. Fintech newbies aren’t really competition in terms of size, yet they have been nibbling away at Western Union’s share of the market.

Western Union’s answer? Reinvent itself with partnerships that resonate locally, aim at more local audience engagement, and adapt different tactics for different corridors, which is, in turn, brought about by a keen understanding of the target market preferences.

It partnered with WeChat and Viber as it saw that commerce in China and Southeast Asia cannot escape these chat app giants. It also strived for better engagement with its Indian, Filipino, and Latino audiences by running dedicated Facebook pages for these groups. It recognized that Indian immigrants are more educated and tech-savvy, and hence, more likely to do price comparisons than their Filipino counterparts. As a result, it adopted a very competitive rate for the US-India corridor, while it operated at considerably higher rates in the US-Philippines corridor.

More often than not, payment and money transfer companies see a direct relationship between being local-friendly and achieving international success. As everyone and their dog gets into this business, companies could use all the extra mileage that localization offers them.