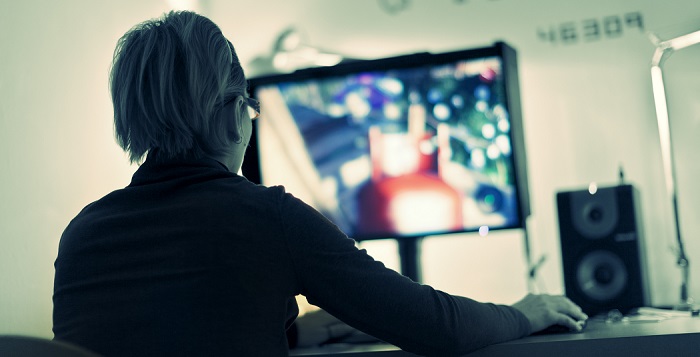 The Games Developer Conference, which will be held this year on March 2 to 6 in San Francisco, is the world’s largest for video game industry professionals. Launched in California in 1988, the event has since expanded into GDC Europe and GDC China, and spurred the creation of the International Games Developer Association (IDGA), the Independent Games Festival, and the Game Developers Choice Awards, which is kind of like Hollywood’s Oscars but without the “who wore what” fashion controversies.

While there will be no Localization Summit at this year’s GDC, you can expect that localization will be part of the story for large and independent studios alike. As noted in the notes for the IDGA Localization SIG, which will hold a roundtable discussion on Thursday, March 5, game localization is responsible for half of the industry’s total revenue stream.

On the Need for Culturalization

“There’s no question that localization is critical and necessary. However, the need for culturalization is still an often overlooked yet much-needed reality.

Culturalization is going a step further beyond localization as it takes a deeper look into a game’s fundamental assumptions and content choices, and then gauges their viability in both the broad, multicultural marketplace as well as in specific geographic locales. Localization helps gamers simply comprehend the game’s content (primarily through translation), but culturalization helps gamers to potentially engage with the game’s content at a much deeper, more meaningful level.” – from What’s in a Symbol? The Case for Culturalization

Dr. Miguel A. Bernal-Merino, Professor, Department of Media, Culture, and Language at the University of Roehampton, and lecturer on games localization and translation.

“[What we must] take into account is the cultural context the game is taking for granted. We can assume that hardcore gamers around the globe share a small degree of background knowledge, but that doesn’t apply to most players. The place we grow up in, the customs and lifestyle of the country we live in, can be dramatically different from one player to another. Concepts like ‘funny,’ ‘acceptable,’ ‘honourable’ and so forth – the very way people interact – depend on long established traditions particular to each country or territory. Historical games have to be particularly careful about the perspective they take: frontiers in maps, how battles were won or lost. Apart from the obvious legal implications, these issues can influence greatly the number of sales in a particular country.” – from Localization and the Cultural Concept of Play

On the Realities of Monetization

“Monetization trumps all. Competition in China is very fierce. As a Chinese games developer, it’s important to get a very fast ROI on the money and time that you spend developing your game. Very few developers are ready to localize outside of Southeast Asia (SEA). The reason is very simple: China is a huge market and there’s tons of money to be made there. The cost of localizing for SEA markets is far lower than trying to localize for Germany, for example.

It’s really important then to be sure that you can get a return on any investment. When it comes to setting up a special team to maintain a Latin American Spanish version of a game which might make $300,000 per month versus adding a couple more people to a domestic or SEA team that is doing a couple of million dollars a month — well, the math doesn’t add up for some people. That means we’ll do the localization to a certain level then once we’ve seen whether a game will make a certain amount of money then we’ll really improve the product [localization] quality.” – from Journey to the West: A Chinese Game Localization Primer

On Knowing & Growing Your Markets

“We look for markets with histories of success, we analyze what was behind that success, then we go down there physically and try to speak with local retailers and local offices for Sony and Microsoft. We even meet with local media in a place like Brazil and ask them about what does well in their region.

Just to give you an example: we went out to the Middle East, and basically there is a booming market there. The games that have started selling are mostly racing games and sports games, mostly console-centric; not a lot of people play PCs down there, and everyone tells us that our game won’t do well there because RPGs don’t sell.

But we remember that back in Poland in the ‘90s, games like RPGs weren’t selling because they were in English and not many people spoke English; they spoke Polish.

And that was exactly what was happening in the Middle East, in Saudi Arabia and Dubai and the other emirates. So we started telling retailers there that text-heavy games won’t be enjoyable if you can’t understand them; it’s different with racing games or shooting games, you don’t need a proper understanding of the language to enjoy them.

We found a partner that actually believed us, and now we’ve actually already finished our Arabic localization – just the text layer, because there’s so many variations of spoken Arabic that it would be difficult to get the VO right. I believe that region is about to get the first test ever for a localized game of this scope, and we’re getting a fantastic response from the Arabic players so far.” – from Growing a studio in a sustainable way – Q&A with CD Projekt Red

On Deepening the Translator’s Gaming Knowledge

Natalie Gladkaya, Head of Localization at Plarium, publisher of mobile and social games

“We started localizing our Facebook game, ‘Total Domination,’ using standard kits, which seemed to be working well – the translators had game descriptions, glossaries, screenshots and everything it took to ensure a good translation. Neither translators nor proofreaders felt it necessary to play the game prior to translating it, and everyone seemed to be in agreement. Then, a few months into the release, the translators started messaging us: ‘I’ve played the game for a while and I have some suggestions to revise some of the translations.’ We realized we had possibly been underusing the potential of our translators and proofreaders, who were willing to be integrated into the process deeper than we thought. Many of our long-term service suppliers have become hardcore players and really enjoy our games – to our mutual benefit. They also help us test the beta builds regularly. Building this kind of a relationship with the translators and proofreaders is a rare thing.

Tip: Make your translator a gamer! Don’t rush them and make them plunge into bare strings of texts right away (realistic deadlines with a good ‘safety margin’ might help here). Let them study the game first. Even the simplest games have a story. Explain every detail to the translator – why pigs wear helmets, how melons help fight off zombies, and who Morgana is. Don’t be afraid to expand the localization kit to account for game storylines/timelines, concept art, character references and background, music samples and sound effects. Let them explore every pixel of the game before they start. If you’re lucky enough to have your translator become a fan of your game, that’s the best thing that can happen to your project.” – from How Game Developers Can Overcome Localization Challenges

On Making Time for Testing

“Once you begin separating the content, you will probably realize that there is a lot more written content that you thought. These take time to translate, and after you’ve integrated the localized content, you are still only halfway done. Next up is the localization testing.

In a perfect world, you will have someone who is a native speaker, but not the same person who translated the content, testing the game with its localized assets implemented. This person will need to cover every area of your game, and see every single string in place, to check for things like consistency (did you translate XP the same way everywhere?), grammar and typos, things out of context or strings you missed, when you were separating the content.

Each issue needs to be described, logged, evaluated and fixed. Then the fix needs be put in, so a new build can be sent back to the tester for verification. This process takes even more time. Make sure you plan for it.” – from 6 Tips for Game Localization