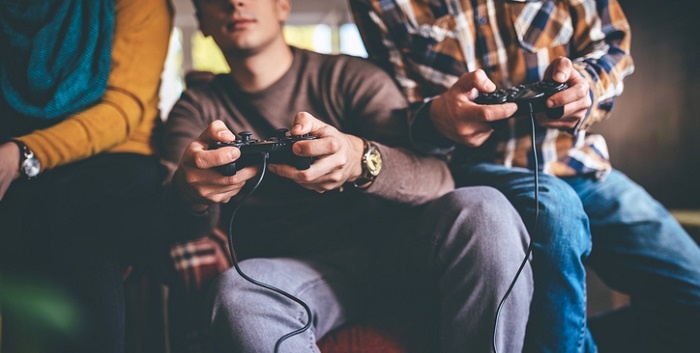 We all know that video games have universal appeal—and that games must be customized per market if the game developer wants to experience high-volume global growth and outstanding customer experience. Yet the process of localizing games is complex: extract the text from the code, translate the often casual, slang, or humorous language, build the localized versions of the game, and test to ensure a smooth player experience. But first, you need a localization strategy to select the languages and locales that would level-up your market presence. Andy Johnson of NSI, Inc., shared his experience and advice to make the effort happen smoothly and effectively.

Back in the day, before games were mobile and customers demanded information at the speed of light, game developers had as much time as they needed to build a robust game, and releases were once a year or less. In that context, a linear, waterfall project management approach made sense, and localization happened at the very end of the project once the entire game was complete. Nowadays, customers want products immediately, and they don’t mind constant updates.

Just as software development has gone Agile, with shorter release cycles of bug fixes or enhancements, so too have game development and localization.Adopting an Agile model regardless of the enterprise or industry means that there are no huge peaks and valleys in production; work is constant and therefore eliminates the crunch of a deadline. On the localization side, the steady stream of content to translate can ensure that the same translators and linguistic testers work on each product update—and this continuity can keep your style and tone consistent.

Make your moves based on data

Andy sums up this point as follows:

“Before, when you try and justify a localization budget it was pretty much “what languages are we going to do?” and everyone shot from the hip and just said EFIGS because that was the norm, everyone did EFIGS. But, now, we can with the data that comes in you can analyze that data, look at it, and really see where players are coming in from both country and language and you can see their behavior.”

When looking to localize the game Battle Nations back when he was at Z2, he first looked at its user bases in various countries. Seeing that a lot of the players were in Russia, he then calculated what it would cost to localize the game into Russian. Doing the math, he conjured a variety of scenarios to determine how long it would take to recoup the localization costs based on how much the player base, and thus revenue, increased. Armed with these predictions, he chose a probable scenario that was not far-fetched: it would take three months for Z2 to see the ROI. And they did.

Similarly, Andy suggests looking at the “lifetime value potential of the player.” Andy’s advice: “instead of relying on just the standard GDP model for markets to move in, maybe take advantage of some things that would not be the most obvious.” For example, localizing for China may look appealing given their growing economy, but players there spend less on games than their Japanese counterparts over time. So, you have to multiply the player value times the number of players you may gain to accurately determine the investment worth. In your industry, less obvious factors to consider could be positive customer reviews or shares, psychographics, and the locale’s competitive landscape.

Help them help you

Another component of Andy’s localization strategy is to stay attuned to player behaviors and experiences throughout the game experience. How players work through a game and interact with it can assist developers to design updates and enhancements that better align with what gamers want. Because development and localization processes are agile and iterative, they can accommodate smaller changes influenced by current user behavior.

One way of doing this is by monitoring social channels. We see this same process with enterprises who moderate their community forums or monitor their brand perception on social media. By staying in touch with their consumers, they can better resolve issues and improve their offerings.

Andy uses a specific, descriptive term in explaining the uniqueness of game localization: acculturalization. This is the process of adapting a video game to a new user base in another locale. As with marketing materials, video games are often designed with just one culture in mind, so localizing them down the road proves tricky. There’s much more to it than just translating menus.

First, some games should not be localized at all. The topics, themes, and cultural messages in a game may not be suitable for some locations. Second, if localization is indeed appropriate, you may need to change minor elements of the game such as background images (especially things like posters with words on them), culture-specific objects, or even the characters’ clothing. Dialogue might also have to be changed to tone down harsh language, or use locale-specific slang that makes more sense to the players.

Lastly, localization timing can be everything. While it was a hit with new users, Andy’s profitable Russian translation turned out to be a flop with the game’s long-term, dedicated players. Because the game was localized two years after its release, its loyal fanbase was so used to the English characters and voices that the Russian version was too stark of a contrast. The company saw a revenue increase from new players who were attracted to the localized version, but would have been able to cater to the original players of the game had it been localized sooner. The moral of the story? There is value in your long-term brand champions staying satisfied.

Although the conversation centered around game localization, this Globally Speaking episode contains many takeaways that can apply to localizing marketing materials and other types of products. Adopting some of Andy’s localization strategy could crown you the winner of your own localization game.