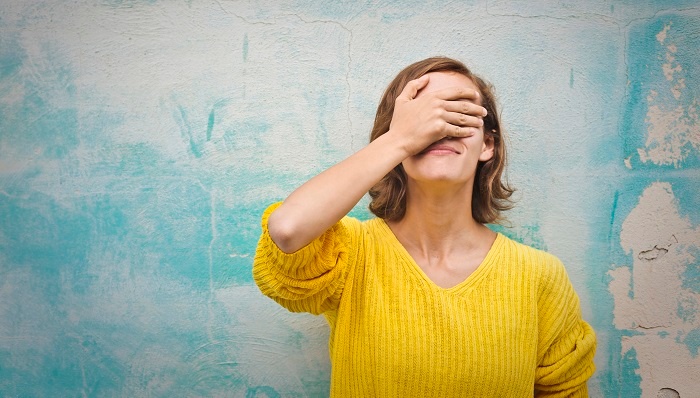 Companies invest a lot of money into making sure that they are meeting the cultural requirements of their audience. We’ve all seen horrible examples where translation or image usage has been offensive.

Cultural geography is a sub-field within human geography that studies the intersection of nature and man. The theory is that cultures and societies not only develop from their local landscapes, they also shape those landscapes. This interaction between the natural landscape and humans creates the cultural landscape. In a recent episode of Globally Speaking, we spoke with Michele Coady, a geopolitical specialist, about how the field of cultural geography can help you get localization right.

Michele’s job—Director of Geopolitical Policy and Compliance at a Pacific Northwest superpower—is to analyze and communicate global geopolitical issues so her company’s products and communications are globally appropriate and locally relevant. In addition, she belongs to a localization industry sub-group that meets regularly to discuss current events, localization mishaps, and proper strategies to avoid messaging accidents. Topics vary from who showed the wrong flag at the Olympics to who used a problematic hand gesture at the Oscar awards.

Flags are emotional. Flags can have deep-seated national and cultural roots, and can change in good or bad circumstances, such as a governmental coup or a succession vote.

How does this apply to your products, services, marketing, and brand? For example, you may not want to put the colors of your flag on your athletic shoes. In the United States, people wear the flag colors all the time as a form of pride, but in some countries it’s bad taste. The group maintains a list of the countries where it’s fashionable to use the national flag (Italy) and where it’s not (Azerbaijan). Saudi Arabia is a good example: their flag has text from the Qur’an on it and hanging it in the wrong direction could be illegal.

Michele mentioned the famous example of the United States military distributing soccer balls with flags all over them in the Middle East. Unfortunately, one of the flags on the soccer ball was the flag of Saudi Arabia—it caused a huge uproar because kicking the flag that has Qur’an text on it would be very offensive.

Be careful how you use your hands

Gestures differ from culture to culture just as much as language does, so you need to be aware of which ones can offend. It’s so important that Michele owns at least four books on hand gestures, feet positions, and the use of images of body parts. You need to know about the chin flick and the “fig” which is a fist with the thumb between your first and second fingers, both of which are negative in certain regions. Michele recommends playing it safe by never using hand gestures in a different country: “I never can remember what I should and shouldn’t do.” Yahoo writes about this in their lifestyle blog.

What you wear speaks volumes

Clothing can be controversial and offensive depending on style and how much skin is revealed. Michele described that Brazil is pretty relaxed about the types and amounts of clothing that females wear in ads and other materials, but in many other countries, even the United States, businesses have to be mindful of their target demographics and product positioning. Clothing choices matter most in conservative Middle Eastern countries where women are completely covered up.

With all the natural disasters that have hit the United States recently, some companies have gotten negative publicity over badly-timed ad campaigns that have accidentally shown images of, for example, beaches in the Virgin Islands that have since been decimated.

Similarly, Michele cites the Napa and Sonoma fires in the wine country in California. Marketing campaigns showing those regions that were planned months ago are now considered inappropriate. You’d hate to discard all that time and money spent on the campaign, but how big is the cost of negative publicity?

Often, word choice accidentally triggers racial topics: for instance, using “white” and “black” can get some pretty visceral reactions in many countries. Michele’s recommendation is to avoid this type of wordplay altogether.

Case in point: a Volkswagen campaign promoting the power of their vehicles was launched in the United States with the slogan “White Power”. Volkswagen had to completely pull the ads because nobody had paid attention to the fact that this phrase had a completely different connotation in the US than what they planned. (This is where testing the campaign in the target market ahead of time would’ve been beneficial.)

Of course, imagery plays a big part in getting your message across too. There’s a fine line between being cutting-edge and being offensive. For example, a company encouraging more meat consumption used an image of a Hindu god that was vegetarian. Whether the ad agency thought this was funny, or wasn’t thinking at all, it completely backfired.

An example of success

Those that do their research, however, are rewarded. In one example of localization done right, Microsoft released a variety of new avatars for their video games: a female that is missing an arm, people in wheelchairs, etc. Since gamers can span any and all demographics, these avatars not only speak to Microsoft’s global consumer base, but also reflect their own corporate values of diversity and inclusion.

So now that you’re overwhelmed and wondering how on earth to avoid offending anyone, how do you get your product and marketing localization right?

Establishing the ties between geography and localization is a time-consuming job requiring lots of research. Michele spends the first one to two hours of every morning reading what has happened around the world in the last 24 hours, including major newspapers around the world. She also looks at history: when a business is going into a new market or a new campaign, they have to make sure there is a good, solid understanding of what’s happened in that country 100 to 200 years ago. For example, a beautiful location may be geopolitically sensitive: it may have been the site of a border dispute, or worse, a massacre.

But if you aren’t a geopolitical specialist like Michele, then how do you approach this problem? For starters, a good language services provider (LSP) should be proactively flagging content that doesn’t sound or look appropriate for your target market. In-country translators are cultural experts and are adept at providing these insights. In addition, LSPs can provide market analysis, research, or testing services. These efforts can pinpoint exact elements that you’ll need to tweak for your target markets.

Next you can reach out to employees in other regions who could provide some cultural insight.

And lastly, you may decide it’s so important, or your markets may be expanding so quickly, that you want to dedicate a researcher to find out the landscape of each of your target countries.

As your enterprise goes global, do you have all the information you need? Take the time up front to do the research about your target markets and then apply that knowledge to the content as you’re developing and localizing it. Make changes based on what you find out—and avoid errors completely at the outset. It’s critical to your brand and your corporate growth that your gestures, images, and translations are culturally appropriate and optimized for each market. This will quickly pay off in greater adoption and reception of your brand.