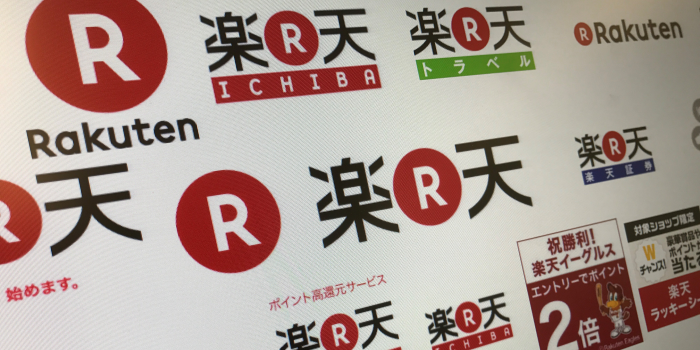 In March 2010, Rakuten CEO Hiroshi Mikitani stood before 3,000 of his mainly Japanese employees in Tokyo (and many more viewing remotely) and announced that English would be the company’s new lingua franca…to many a jaw hitting the floor. And in less than a decade, Rakuten has become fully functional in English—with an average employee score of over 800 on the TOEIC (Test of English for International Communication).

Obviously such progress, such a paradigm shift, did not come easy. Mr. Mikitani cast his dice by initiating a two-year fast-track English proficiency mandate for all employees. Back in 2010, only about one in ten Rakuten employees could function in English. The goal was for employees to score at least 650 out of 990 points on the TOEIC, or face consequences. He called it “Englishnization” but others called it, well, something else.

What doesn’t kill you makes you stronger

The morning after Mikitani’s 2010 announcement, English replaced Japanese on Rakuten’s cafeteria menus, elevator floor directories, you get the idea. All meetings, presentations, documents, training sessions, and emails inside the company were to be conducted entirely in English. And although many in corporate Japan thought such measures were a bit over the top, Mikitani was undaunted—even when Honda’s CEO, Takanobu Ito, said publicly that “it’s stupid for a Japanese company to only use English in Japan when the workforce is mainly Japanese.” Perhaps it was precisely this traditional logic that Mikitani felt a necessity to get away from in order to move forward.

So how do you motivate a Japanese workforce, living in Japan, to use only English at the office? Well, the threat of demotion or termination would be a very persuasive motivator. Mikitani was quoted in a 2012 Harvard Business School report by Tsedal Neeley as saying “We will demote people who really do not try hard. We will monitor their progress and their test scores, and I will get reports from all managers about employee progress.”

However, when it became apparent that the initial idea to not provide English training to employees was resulting in many otherwise brilliant staff being held back due only to their lackluster English skills, he acted quickly and decisively. Kyle Yee, who was in charge of corporate strategy, was brought over as head of the Englishnization Group, where his strategic mind and prior experience as an English instructor proved invaluable.

Mikitani also reached out to Yoshikazu Miyake, CEO of language school operator Aeon Corporation, to borrow an elite team of English instructors for six months to save Rakuten employees riding on the borderline. Rakuten staff, who were almost ready to give up, found a renewed sense of purpose and reached their TOEIC goals. Despite his seemingly draconian policy, there was plenty of humanity and caring that went on behind the scenes.

Be that as it may, forcing the English language on his captive corporate population may have looked (and felt) like the imposition of colonial rule. But with the dawning of the 21st century, Japan saw India surge ahead as a tech power, due to the highly skilled labor force there—and their ability to handle English well. Japan also witnessed a number of multinational (including Japanese) corporations moving their headquarters from Tokyo to Singapore due to its logistical advantages, tax breaks, and—you guessed it—a large English-speaking workforce.

For India and Singapore, the English language not only draws in business, but also acts as a conduit for their own businesspeople to instantly access the global business community (as well as provides a common language among the different ethnic groups coexisting within their borders). So the colonial rule suffered in past centuries was paying off in the present-day as a linguistic advantage.

Japan, which avoided colonization, was now being left behind internationally—and its domestic market was both shrinking and aging. In Mikitani’s own words:

As my colleague and blogger extraordinaire Vijayalaxmi Hedge reported in her article, the payoff for Rakuten has been enormous. English has allowed the company to step out of “Japan’s linguistic bubble,” making it more outward-looking, modern, and casual. And since the English language has few power markers, it has helped democratize communication in a way. (Japanese has three types of honorific speech as well as subsets and…well, if you’re interested in that sort of thing, read this article.)

Englishnization sped up communication within the company, with Rakuten staff being able to pick up the phone and talk to a colleague anywhere in the world without an interpreter. Their success in buying Ebates, PriceMinister, and Viber, and acquiring minority stakes in Lyft and Pinterest, are also ascribed in part to Englishnization.

The tangible benefits just keep adding up, such as being able to hire from a broader resource pool. Case in point: 81% of engineers in Tokyo come from outside Japan. But it’s also true that the new international mindset that English instilled in home-grown Japanese staff enabled them to be bolder and take the kind of risks that are traditionally shunned in Japanese business.

In fact, one might argue that this cultural aspect is equally if not more important than the facilitation of communication. Bloomberg View goes as far as to say that Japan might be too scared of failure to succeed; Japanese people are known for their fear of failing. Instead of lecturing his employees on the need for creative destruction, Mikitani-san is forcing a change in mentality through language. He started with Rakuten, but has also been pushing the Japanese government to abandon the traditional grammar-based written tests and take a more realistic approach to English education.

So why English and not Mandarin?

According to Tsedal Neeley of HBS, every company needs a language strategy. And, at least for now, English is the best “common language” strategy to adopt. Not because of any linguistic superiority, but because so many people in so many countries are already able to speak it at a useful level. Those same factors make English the preeminent pivot language for localization purposes as well.

Of course, ask someone at Beijing University and you might get a different opinion.

When Singapore gained independence from British rule and subsequently separated from Malaysia in 1965, it could have thrown away the English language in the name of nationalism. But in choosing to keep and cultivate it instead, then Prime Minister Lee Kuan Yew gave the small, resource-anemic city-state a fighting chance for the future.

Mr. Lee realized that English was the international language of business, diplomacy, science, and technology, and wisely chose it as Singapore’s lingua franca. Of course, this was easier said than done, as the people of Singapore natively spoke Malay, Chinese, and Tamil at home. But through government action reaching into the 21st century, he prevailed to make bilingualism the norm in Singapore. In his memoirs, he wrote “Without it, we would not have many of the world’s multinationals and over 200 of the world’s top banks in Singapore. Nor would our people have taken so readily to computers and the Internet.” Bingo.

The two men were inspired by different factors at different stages in history, but both were moved by an entrepreneurial mindset, an understanding of the value of language, and a strong sense of responsibility. They made hard decisions despite some serious push-back, leading their people in a direction that is arguably better than what might have been.

Of course, not all the players on the Rakuten Golden Eagles baseball team speak English, but they’re evaluated by other criteria, so we’ll let that slide.