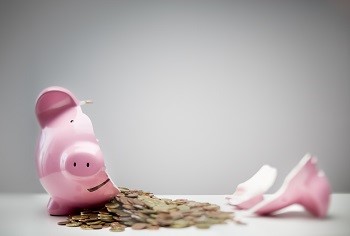 Just last week, I led a webinar on how a smart investment in localization could translate into a company doubling its revenue. This was not an exaggeration: there’s already plenty of evidence that companies that have accepted the business case for localization have realized considerable revenue from foreign markets. And this doesn’t even get to how international sales tend to be significantly more profitable than domestic ones.

Having made my case over 45 minutes, we opened the webinar to participants. The very first question was surprising:

If you had a million dollar budget for localization, where and how would you spend it?

If I had a million to invest, recruiting strategically minded folks for inside the organization would be my first priority. Why? Because the success of localization is realized only through long-term commitment to global business growth, and we need teams that get that.

Too much talk of localization is operational in nature. We are bogged down in the language of files and formats and codes. We are trapped by the fixation on cost — framing it only in reduction, elimination, and cutting.

The move from operational to strategic thinking means having people with a different vocabulary, those who are speaking the language of investment, growth, expansion, and development.

Sure, there is room in the strategic localization picture for the details — for quality assurance standards and metrics and efficient workflows and more — but as a means to an end for people interested in winning international revenue, not as the goal itself.

If your first investment is in building strong internal teams, your second should be in understanding the people of your target markets. We mean deep learning here — this is not about just knowing that French is spoken in France but in differentiating, linguistically and strategically, between your French rollouts in France, in Canada, in Haiti, and in Côte d’Ivoire.

Part of this investment in locale awareness will also keep you from making costly missteps. It is fine to decide on a social media strategy for China, for example, as long as you are aware that instead of YouTube they have Youku and instead of Twitter they have Weibo.

Best, too, to defer to the wisdom of data. Our friends at localization industry think tank Common Sense Advisory long ago established empirically that buyers prefer to make purchasing decisions in their own languages. That doesn’t stop global brands from offering up English first (the “Oh, everybody speaks English!” issue). When Facebook decided to enter the Kenya market, their focus group surveys yielded a majority of people who said they preferred English. And, indeed, it was fine … until the Swahili version was launched and almost every user then switched to that!

An investment in really understanding your local consumers is vital to adapting your products and services to those markets.

Finally, There Are (Wait For It) Even More People

In recent weeks, we have been writing a lot about Information Orchestration. (We even published a manifesto.) Complex details about system integration and Agile development aside, what we are talking about, fundamentally, is reliance on external localization professionals to meet your internal organizational goals.

We do not mean this in the “assign task” manner that has dominated much of the outsourcing of translation and localization services to date. Rather, this is about recognizing that today’s volume and speed of content development and content management demands a programmatic approach not a project-based one, and demands a language services partner not a vendor.

This new approach can be delivered by people who are expert in the demands of multilingual content in your target markets, skilled in everything from human resources recruiting to market surveillance automation.

Would you rather spend your localization investment on a strong relationship with a language services partner that is capable of delivering a suite of upstream services that embrace diverse content sources, distribution channels, and efficiency modeling or one merely capable of offering cheap per-word translation rates? Hopefully, as a strategically minded localization buyer, you readily see the benefit of the former over the latter!

How would you spend that million-dollar budget? Add your take below.