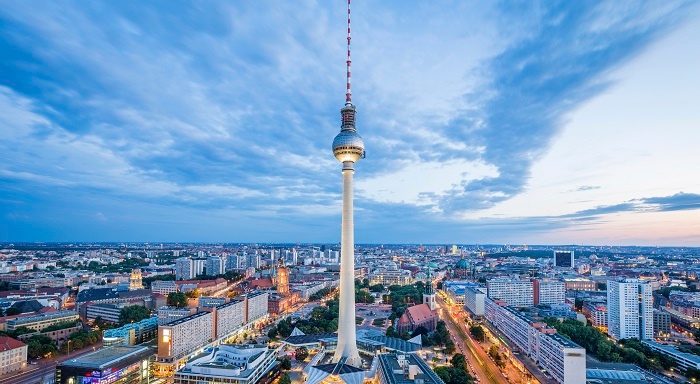 Startup meccas are springing up all over Europe. But not all startup scenes are created equal. In fact, there are just a few that are actually hot enough to be called hotspots — those cities that provide (like the Bay area’s Silicon Valley) established and maturing technology and financial ecosystems that truly support entrepreneurial activity.

But these European startup scenes — in Amsterdam, Barcelona, Berlin, Helsinki, London, Paris, and Stockholm — bring with them challenges (good and bad) that are unique to their locales, their nations, and the European Union. Just like in the U.S., where the startup sectors of Silicon Valley, Boston, New York, and Seattle have varying strengths and weaknesses, understanding signature differences and commonalities can lead to market success.

One of the key differentiators between successful companies in the European startup scene and their American counterparts is the early added value of localization and internationalization investment.

Because English is the business world’s lingua franca, startups that make English their number one development language are better positioned to internationalize faster. Indeed, a study of the top 50 European startups and unicorns (billion-dollar tech startups) showed that English was a “compulsory” language for 49 of the 50. Yet, English is not the default source language for content development for all European startups.

In some locales, strong bilingual resources are more readily available than in others. Where weak, even when the source content is created in English, the output may be of such poor quality that it inputs errors and cost inefficiencies into later stages of the localization cycle.

Moreover, “faster” localization aside, making content internationalization-friendly remains a challenge for many, even within the native-English environment. Indeed, when it comes to scaling up globally, startups face similar challenges worldwide.

Naturally, their initial localization maturity is low. For some companies, that means that their internationalization champions may not be in place. It also means that there is (usually) neither executive-level buy-in nor company-wide commitment to globalization goals. To the uninitiated, the list of localization-related tasks therefore seems long and daunting.

The most successful European startups will quickly establish solid globalization expertise in-house, while still avoiding the major overhead of recruiting large localization teams. But how?

1. Globalization champions: Sure, it’s easier these days to find and recruit globalization champions in Silicon Valley because of its history and concentration of technology startups. But there are a great many client-side localization professionals already in Europe. And a new generation of enthusiastic localization talent has already found its way into European startups, where a multilingual approach to the EU market is both welcome and smart. Barry Smith, co-founder of Skyscanner, the Edinburgh-based online travel site, told The Guardian:

“Our main competitor in America had only one language. They had 220 employees covering the U.S. and just four for ‘Europe,’ as though it were one giant country.”

It also helps that there are more VC funds based in or focused on Europe than there were just 15 years ago — including Atomico, which was created by Skype co-founder Niklas Zennström.

3. A clean slate: Startups have little or no legacy content and, of course, no translation technologies or processes in place. Instead, they have creative teams that are not afraid to experiment, a can-do attitude, and lean structures. All of these are attributes of startups that foster innovation in localization as well.

Sure, some innovative approaches developed by U.S.-based unicorns such as Airbnb and Netflix are well known. But similar innovation is happening in Europe, even though they may be (currently) less publicized.

Startups have little choice in today’s fast-moving, winner-takes-all world: they need to think about internationalization and global scalability from the very beginning. Europe now has a working system in place to support the international growth of its home-grown startups. The next Google or Amazon is now and here — watch the EU space.