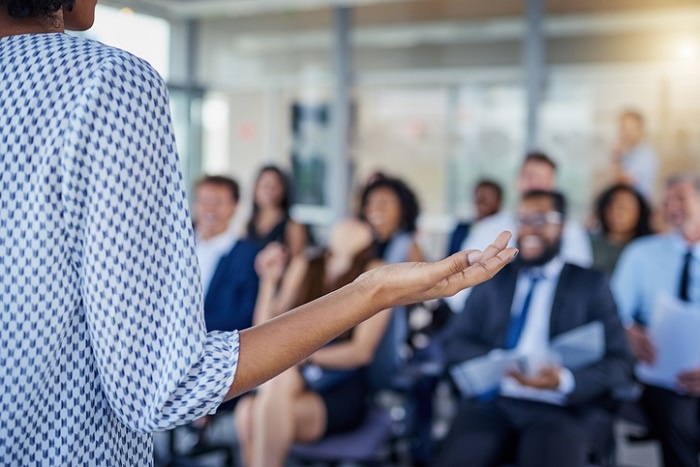 The Translation Automation User Society (TAUS), now in its 14th year, is a forum for localization thought leaders to meet and discuss trends, news, technical challenges and opportunities in the industry. This year, Katka Gasova (our Linguistic Services Director) and I (VP of Partnership and Custom Solutions) attended the TAUS Annual Conference in Vancouver, BC, followed by the TAUS Data Summit hosted by Amazon and the TAUS QE Summit at Microsoft in Redmond, WA.

The theme this year was “Global Intelligent Content Delivery in the Age of AI.” Among the technologies discussed was machine translation (MT) and the overarching question that confronts the industry: will MT reach parity with human translators, and what sort of impact should we expect on the industry?

The status of MT

Chris Wendt, Group Program Manager, Machine Translation at Microsoft and a thought leader in MT, shared an overview of where we are with MT, emphasizing the many problems that remain to be solved. While there has been a lot of excitement about the new capabilities of neural machine translation (NMT), which we unanimously agree is a significant step forward, it’s also worth noting that NMT is far from ready to take over the translation industry.

NMT produces surprisingly good results in some contexts. A relatively simple algorithm, fed the right data, produces translations that can rival or even exceed what is considered baseline human quality. Yet NMT is something of a black box. We have much to learn about how to optimize it, especially in areas that involve creativity and carefully crafted messaging.

Later during the conference, leaders in MT deployment including Dell, VMware, Welocalize and Adobe shared their lessons learned.

Without exception, they endorsed the assertion that pushing into the unknown of an MT deployment was worth the trouble. But they had no illusions that the effort is entirely trouble-free.

Interestingly, enterprises use MT deployments to stretch the reach of translation budgets rather than reduce them. Overall, MT is being used effectively as a solution to translation needs with low costs of failure. It’s also used in structured, high-volume cases where localization teams have already deployed other technologies such as CMS and TMS platforms, as well as well-defined language quality frameworks.

I was as fascinated and engaged in the discussion about the gig economy.

Shelby Cemer from Microsoft, Marco Trombetti, the founder of Translated, and Francis Tsang, Head of International engineering at LinkedIn, discussed the potential and limitations of the gig economy (contractors completing short engagements) in localization. The discussion left the matter far from settled, but many of the elements of the debate were familiar since “crowdsourcing” was introduced a while back as the latest thing in localization.

Shelby focused on the value: by removing the middle men between content creator and translator, you remove low-value transactional layers, thus increasing transparency. She argued that the right balance between freelancers and dedicated resources can solve problems with both scalability and reliability, in the end reducing both costs and time.

But how does this work and what are the limitations of this model? Solutions that automate microtask distribution have already been on the market for some time, but balancing both the microeconomic supply and demand can be tricky in specialized areas. The familiar challenges of context, quality and motivation continue to perplex, but smarter routing, leveraging, MT, quality management and payment systems seem to be the way of the future.

Two of the most controversial presentations were from Dr. Peggy Peng at the LIC Foundation and Robert Etches at Exfluency.

Both presented varying and bold visions for the application of blockchain in the translation process, solving both payment and value attribution problems through a “token economy.” (I have to give special credit to Robert for his passionate humanistic perspective and reference of the powerful 1970 book Bury My Heart at Wounded Knee at a localization technology conference.)

There were many other interesting presentations, including:

Also noteworthy was news from SYSTRAN’s JP Barraza about their decisive move to open source and collaboration with the OpenNMT project.

The innovation awards always give interesting insight into the latest applied ideas. Each participant has exactly six minutes to pitch their big idea. I admire all of them for being there in the first place, and always enjoy this segment of the conference.

The winners this year were John Tinsley (Iconic Translation Machines) for creating a way to scan and search massive quantities of legal documentation, and Rebecca Petras (Translators Without Borders), for developing Kato Speaks, a tool used to help communicate with voice during fieldwork.

Without a doubt, TAUS is one of the most inspirational events of the industry, and one we always plan to attend. We’re looking forward to next year’s conferences!