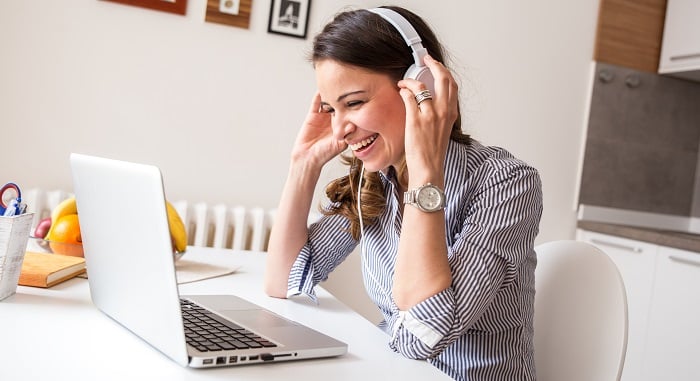 From Silicon Valley to Shanghai, companies attempting to reach customers worldwide face a common problem: language barriers. The holy grail of language solutions — immediate, error-free interpretation of human speech in multiple languages — remains undiscovered. But even as researchers reach into the future, global business demands solutions that are available today.

One of these solutions, of course, is English, which has become a lingua franca of global commerce. English-teaching company EF Education First says in its 2014 English Proficiency Index (PDF) that English is “increasingly considered a core competency in a globalized economy.” And it’s true: international trade is often conducted in English, so proficiency is highly desirable, even essential in some sectors.

But English skills are not equal from country to country. Improving an entire workforce’s language skills takes time. Moreover, it’s impractical (and costly) to use interpreters for all applications. Nevertheless, companies must still make connections with potential customers who speak different languages. So, as in other facets of global business, companies are looking to software as one way to stay competitive. And just like in other IT fields, Microsoft is making a bid for dominance.

Presenting Skype Translator to the World

In mid-May 2015, Microsoft brought Skype Translator out of the testing phase and made it available to anyone using Windows 8.1 or Windows 10.

Unlike its main competition — the text-based translation tools, such as Google Translate, that have been available for several years now — Skype Translator interprets speech from voice and video calls. It works in near-real time: one person speaks, the server interprets, and, within short order, a computerized voice repeats the results in the listener’s target language. As of late May 2015, the service was available in English, Spanish, Italian, and Mandarin. This is how Skype Translator works (source: Skype blog Garage & Updates): 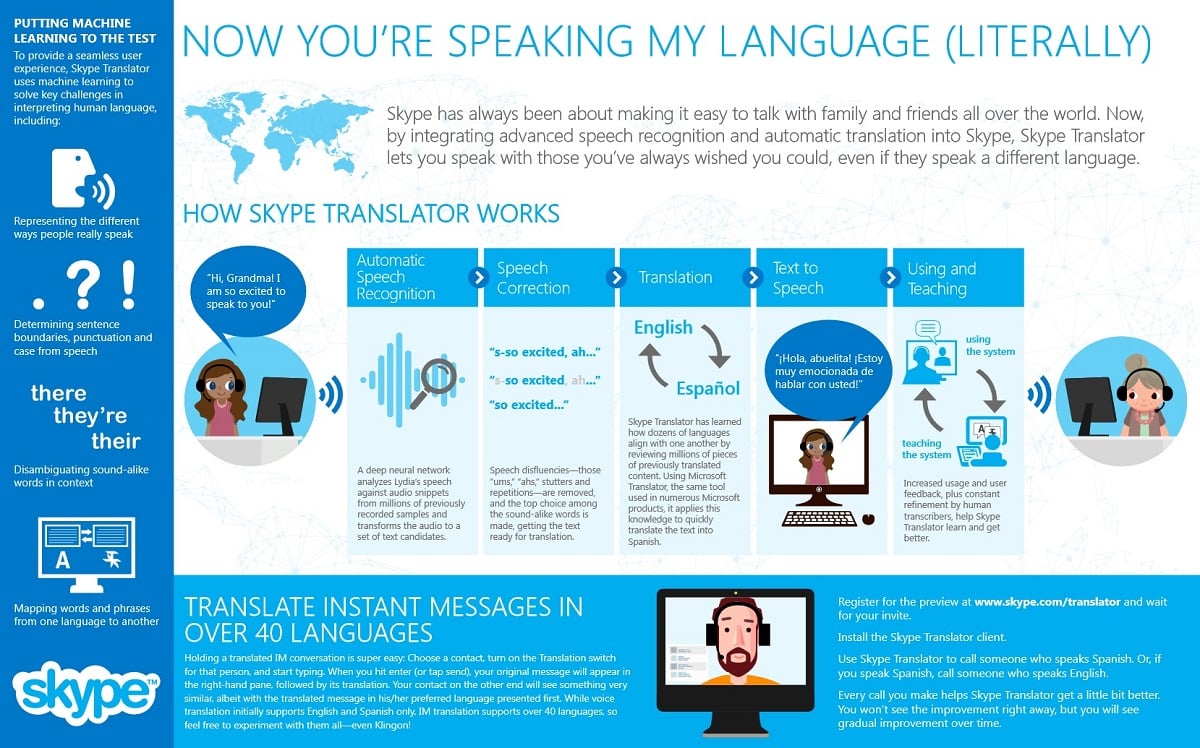 According to Microsoft’s timeline of project milestones, an early version of what would become Skype Translator was first demonstrated in 2010. By 2011, “[r]ather than having one word in 4 or 5 incorrect, the error rate becomes one word in 7 or 8,” according Microsoft. “While still far from perfect, this [was] the most dramatic change in accuracy in the last decade.”

Ready for the Spotlight?

So what’s the service like today? Not perfect, but improving rapidly. In a mid–2014 demonstration at the Microsoft Worldwide Partner Conference, the software interpreted between English and German (a language not yet available to the public in Skype Translator). It was a mixed bag but the software handled some longer speech passages cleanly, returning impressively clear output.

One thing the demo participants didn’t do was use cross-talk, the complicated, informal, often grammatically incorrect, and poorly enunciated speech that is natural conversation. Humans routinely interpret speech correctly despite (or even informed by) these factors; computers have trouble. Microsoft is addressing what it calls “‘disfluency,’ the difference between how people write and talk,” with continuing research and development on several relevant fronts.

A reviewer for WinSuperSite.com wrote about his own experience demonstrating the software, in which he found out what Skype Translator does with crosstalk:

A reviewer for the UK magazine PC Pro focused on the mishandling of idioms in IMs and the delay between speech input and output were mentioned in that article. “In short,” the review says, “Skype Translator as it stands falls short of being useful in its proposed business context. It’s definitely not something that’s going to put professional interpreters out of work anytime soon.”

Room (and Resources) to Grow

The Huffington Post pointed out that Skype Translator offers “stiff competition” with an attractive core feature and great potential for improvement. And improvement is what the Skype engineers have in their sights.

Microsoft plans to use client data to correct, improve, and refine Skype Translator. A message on the Translator homepage (as of May 27, 2015) said:

Skype Translator is a brand-new experience from Skype, and it’s still learning and improving the way it translates calls. As a preview user of Skype Translator you’ll be instrumental in helping us refine the technology and bring us closer to our goal of overcoming language barriers worldwide. Even the smallest conversations help Skype Translator learn and grow, which can enrich your communication and lead to amazing things.

Microsoft researchers are figuring out ways to improve Skype Translator’s handling of spoken language, in particular. An article on the Microsoft website mentions a few details being worked on, including:

Microsoft states that it plans to expand Skype Translator’s availability to more platforms and more languages. Once quality, language support, and platform support are addressed, Microsoft plans to add other features.

The Future of Skype Translator

While Skype Translator isn’t going to be a reliable replacement for human interpreters in the immediate future, Microsoft is making awesome advances with speech recognition and translation, and will continue rolling them out for users.

On its website, the company states that “delivering something that is usable in real life, to fit the voice and utterances of many different users and the nuances of different languages — all of it built at scale to serve Skype users — has been considered a nearly impossible task.” But on November 12, 2014, elementary school students in Tacoma, Washington, talked with students in Mexico City using Skype Translator.

If Microsoft has its way, that generation will soon be showing that Skype has made the “nearly impossible” into an everyday reality.