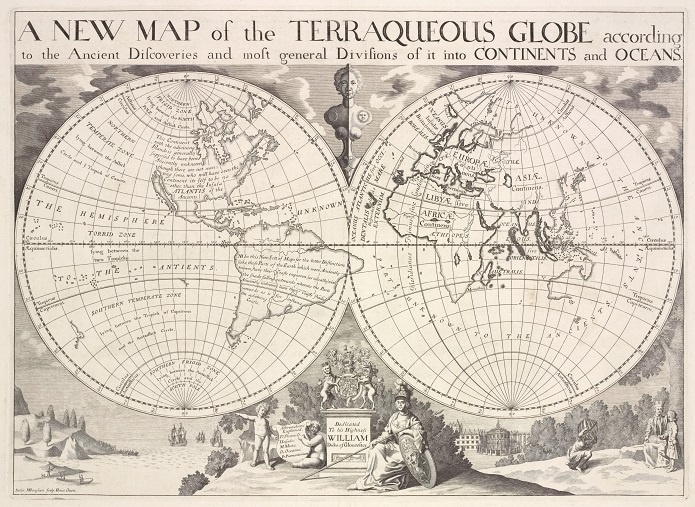 If you’re a reader of MultiLingual magazine, you may have caught the article I wrote for the September issue dedicated to the theme of audiovisual content. (If not, I’d encourage you to check it out!)

In “Sound and vision,” I describe what I see as the collision of two trajectories that’s resulted in a crisis: the tradition of multimedia being largely excluded from globalization programs, and multimedia’s meteoric rise as a dominant communication channel. Traditional localization, I assert, is not designed to bridge this gap at all.

In the article, I suggest that the solution must start with us challenging some of our classic beliefs about localization. I make some bold assertions that I’d like to expand here, in the broader context of globalization strategy in general.

Assertion: There are no foreign markets

To quote from the article: the concept of foreign markets is a pre-globalization holdover from an era when businesses were born and raised within the walls of a single nation-state, only later to expand abroad as a logical next step for growth.

The approach to establish a successful product locally, then expand globally, has been such a successful growth model for so many companies that it’s stamped into our working definition of localization:

Localization (also referred to as “l10n”) is the process of adapting a product or content to a specific locale or market. Translation is only one of several elements of the localization process.

The above, taken from the Globalization and Localization Association (GALA) is consistent with other definitions you’re likely to come across. It’s all about adapting to foreign markets by creating new versions.

There’s nothing inherently wrong with this approach, but it raises some significant questions. Why wait to add the characteristics required for global success until after your “baseline” product has already been designed and created? And, what does it cost you—including in ground yielded to the competition—to factor an “Act II” into your plans for world domination?

You may stand by the adaptation model and say, “but localization is all about addressing characteristics like language and culture that are by definition only relevant to specific markets. These characteristics must be adapted or they won’t work worldwide.”

And I would partially agree. It’s crucial that the characteristics of language and culture be managed in a global product and campaign. But there’s a better way than post-creation adaptation. First, let’s look at the idea of hyper-personalization.

Real-world examples of hyper-personalization in action include advertisements that “nudge” me to re-buy something I’ve previously bought, or aggregated “You May Also Like” links that are uncannily accurate. These demonstrate that products, campaigns, and content can dynamically change their form—not only at the level of an individual’s personal preferences and requirements, but within a specific context (in a car travelling on vacation, on their birthday, after the birth of a baby, etc.).

It forces us to ask the question: if language and culture aren’t characteristics that should be inherently part of the personal preference equation, then what should be?

And if the new bar for target marketing is at the granularity of an individual at any particular moment, then what value is this concept of a “foreign market”?

Markets, demographics, cultural borders: none of them are real in any physical sense. They’re abstract constructs, like metaphors, that help us simplify the world so that we can take action. They’re useful…

…until they aren’t anymore, such as when archaic physical office metaphors impose artificial limits on what is possible with a computing system.

When it comes to globalization strategy, there are two reasons why I believe the concept of foreign markets may be more harmful than helpful today:

To believe this, one would need to ignore the fact that global organizations wield a massive competitive advantage over non-global organizations that not only leverages scale, but scope. Truly world-class ideas, products, and brands transcend geographical, political, linguistic, and cultural borders. They work and are available anywhere in the world.

Think about all the things that you take for granted being able to use (your phone, your credit card) or buy (Red Bull, Nike shoes) when you’re travelling internationally. Without this quality of “useful anywhere and everywhere,” your product or idea is at risk of being more wholly implemented by a more global competitor, or by local in-market competitors who are better able to regionally manage the linguistic and cultural characteristics of your model.

And in-country competition can evolve into global competition as per the examples of Didi and Showmax.

If market segmentation is a construct of convenience bolstered by tradition, what if we shake it up? What if there were only one world market, or if you prefer, seven and a half billion markets (give or take)—one for every person on the planet?

How would that change the way we approach product and campaign design? How might we differently approach the very real, very important task of making sure our initiatives transcend linguistic and cultural barriers so that they can succeed anywhere and everywhere?

This idea of applying hyper-personalization models to globalization strategy—where language, culture, and other globalization characteristics get factored into the core design of a product or campaign—is promising. I predict that its application will yield massive rewards in terms of global scalability. But to get there from here requires viewing the world through the lens of “one world market” and scrapping the trope of foreign markets altogether.

What are your thoughts? Is this an idea that resonates with your experience? Do you see the world through a different lens altogether? Let’s start a dialog!