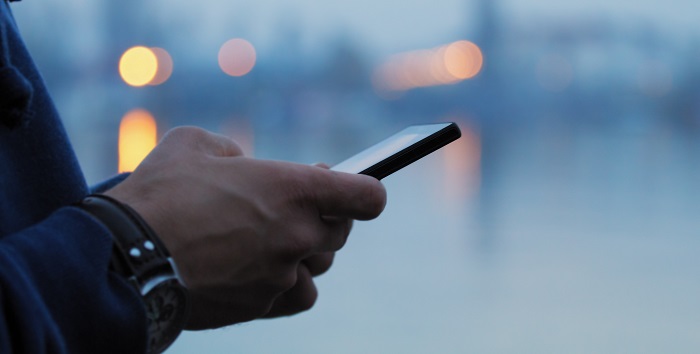 Got Android? Prefer writing with a pen to typing with your thumbs? Google has released an app that could free you from the constraints of tiny touch-screen keyboards. Best of all, it’s available in English, en français, auf Deutsch, and more.

The Google Handwriting Input app replaces the keyboard at the bottom of an Android device’s touch screen. Rather than pick out letters, as on a standard keyboard, users write text in the input area. The app recognizes and interprets text, and the output appears in the text box or app being used. The app supports 82 languages, including many with non-Latin alphabets.

Integration With All Your Apps

The difference between this and other handwriting-recognition programs — including some for Apple iOS — is that it isn’t a standalone app. Rather, it integrates with any app on your phone or tablet that uses text input. When selected, it takes the place of a keyboard. The result: users can write rather than type when browsing the Web, editing documents, instant-messaging, and texting.

According to Google, the software supports 82 different languages using 20 distinct scripts. It is particularly promising for speakers of languages that can be tough to type on standard keyboards, such as Mandarin or Japanese, Google says. From the company’s official blog post announcing the app’s release:

[…] Google Handwriting Input supports languages that can be challenging to type on a virtual keyboard. For example, keyboards for ideographic languages (such as Chinese) are often based on a particular dialect of the language, but if a user does not know that dialect, they may be hard to use.

Here’s a good example of writing “Hello” in Chinese, German, and Tamil, taken from the Google Research blog post:

Ideographic languages aren’t the only ones whose speakers can face keyboard-entry difficulty. According to the blog, “keyboards for complex script languages (like many South Asian languages) are less standardized and may be unfamiliar.”

The software requires Android 4.0.3 or higher. It can run offline when users have a poor connection or just don’t want to share data, or online using Google servers for more powerful processing and more accurate results. Google calls Handwriting Input “a useful complement to touchscreen typing or voice input” — as mentioned above, it doesn’t replace the standard keyboard and dictation features, so you can switch back and forth between input methods as needed.

Can Read “Even Terrible Writing”

Reviewers are praising the results, saying the app is remarkably error-free at reading even less-than-neat handwriting. According to Time Magazine:

A brief hands-on showed that the app was surprisingly good at recognizing a variety of different handwriting styles in English, even if the script was sloppy and the last few letters in a word were bunched at the edge of the screen. Adding punctuation marks is also easy, and you can even recreate many emojis by scribbling them out as old-fashioned emoticons.

The article says that users may find cursive recognition less reliable than printing. But in the top review (at the time of publication) on the app’s Google Play page, user Dana Peake wrote: “Works great! Using it to write this review. It recognizes even terrible writing.”

Other users suggest that while handwriting recognition is superb in English, it can be less reliable in non-English languages.

After testing the app’s ability to handle Indic languages, a reviewer for Medianama.com found the app did not perform flawlessly. For example, according to the review, in the Kannada alphabet, the app often misinterpreted the anusvara or bindu (a circle-shaped diacritical mark) as the Latin O character.

Overall, though, that reviewer called Handwriting Input “pretty good in picking up on scrawls and scripts of Indic languages.”

So, for Android users who prefer to jot notes rather than hunt and peck on an on-screen keyboard: you may finally be able to go paper-free, even if you don’t write in English.