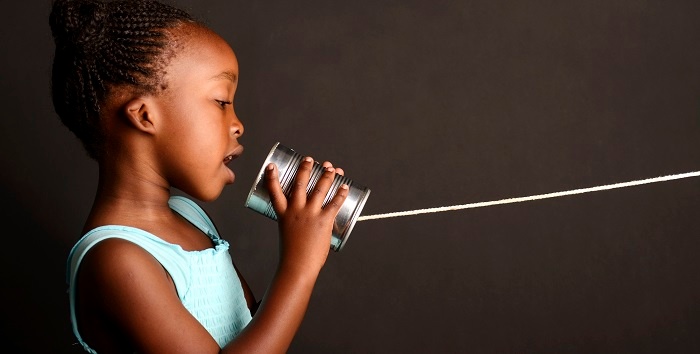 Mirko Plitt has always been a technology guy—a language technology guy, as he would put it. After a long stint at Autodesk, a couple of years ago he co-founded Modulo Language Automation, a Machine Translation (MT) solution provider. Last year, he put on another hat—that of the Head of Technology at Translators without Borders (TWB).

TWB is a nonprofit that works to provide translation, subtitling, voiceover, and simplification services, often in underserved languages, to humanitarian and international development efforts.

We were curious about how a tech guy has influenced and shaped TWB’s work. We sat down with him for an hour-long interview. Here are some excerpts.

My role is not very dissimilar to what we find in the [language services] industry. Technology is important in an organization such as TWB; in fact, it can be argued that it is even more important than in the usual, commercial applications.

It’s not so much about being productive in order to improve the margins of a company. [Tech] has an impact on people getting access to vital information that otherwise they wouldn’t have at all.

With my industry background, I can propose solutions to the rest of the team on how things can be done using technology and even on how we can do more things that they may not even be aware of.

Just as in the wider industry, translation tech plays a role in increasing productivity and maintaining consistent quality of TWB’s translations. Terminology consistency is important because there are so many nonprofit partners that TWB works with and, to improve the delivery of aid, we try to encourage them all to consistently use the same terms [among themselves] in fields such as healthcare, for example.

One community may be getting services from several different aid partners, so all these partners should use the same terms. Sometimes there may be cross-references between health and nutritional information content. We have to make sure they are consistent with each other.

We also use technology to improve workflows, and this helps turn around urgent translations.

Then there are spoken translations for populations who have low levels of literacy.

Since you’ve joined, how has TWB’s use of technology changed? What has been the impact?

TWB has undergone quite a major change as an organization since last year. We have, so to speak, changed our model, and our decision to use more technology is part of that decision.

First, we have been able to scale up our reach vastly by reducing the amount of work done manually. This is important in our kind of work, as our primary goal is to reach as many people as we can in times of crises and not to waste our resources on things that are not impactful or that can be done differently.

[Tech] has also professionalized the way we work. We introduced what is generally called a translation management system (TMS), but it is more like a centralized online translation memory. It’s not overly sophisticated, and it provides the base for us to build a project management layer.

We have integrated MT where available and where it makes sense. It’s now part of our translation environment, and that’s a big change.

We introduced a customer relationship management (CRM) system. This is not in my area of work strictly because it’s not language tech, but our TMS integrates with it. This helps us in our work with our partners. When a translation request comes in, we can check automatically if the non-governmental organization (NGO) is entitled to create projects. This was done manually before.

We also impart tools training to our volunteer translators. Last year, we trained translators in Guinea in West Africa on the use of CAT tools.

We developed a mobile app to help access glossaries in Arabic, Dari, English, Farsi, Greek, Hausa, Kanuri, Kurmanji, and Sorani. These glossaries already existed—they had been created by our teams working in Greece and Nigeria. The app helps interpreters working in refugee camps use these glossaries as well as contribute to them. It helps them interpret in a consistent way, using terminology that may be hard even for a native speaker to remember quickly. 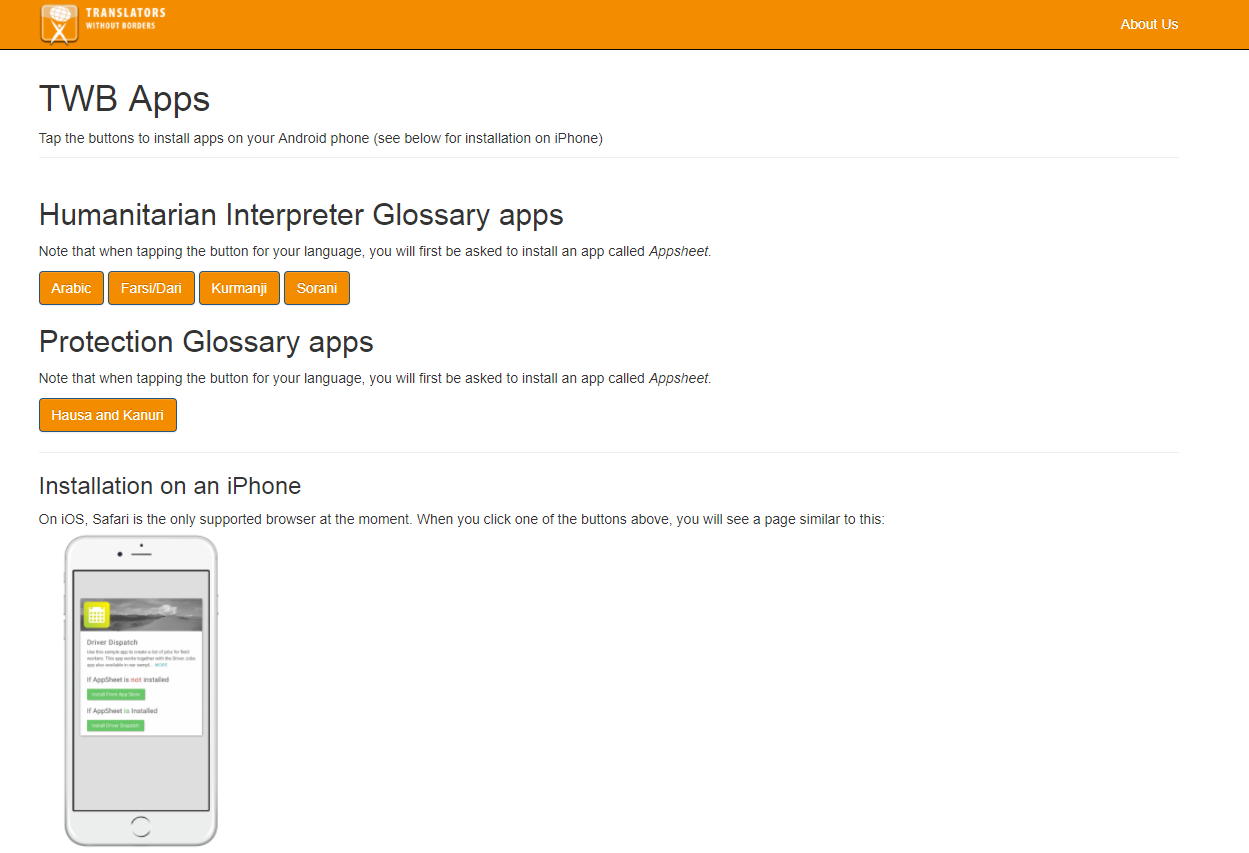 The app works off-line, too, an essential function because interpreters need access even when internet connectivity may not be available or may be too expensive. Things on the ground can also change very quickly. For instance, there may be a partner providing great Wi-Fi, and then it could just stop working in the area, suddenly leaving you with no connectivity.

TWB’s work can often make a difference between life and death. Can MT step up to the challenge?

So far, we haven’t used raw MT to communicate directly with people affected by disaster. It’s mainly used as a productivity or a gisting tool. There’s an aspect of MT that’s often forgotten—it can be used like a productivity tool, just like translation memory (TM).

We have used MT in very large healthcare projects in sub-Saharan Africa, and it helped us to work faster.

The use case for MT will further change for us as we translate more and more social media content. We do this in times of crisis response.

Last year, we developed a barebones rule-based Apertium MT engine for two Kurdish languages—Kurmanji and Sorani. The communities who speak these languages were involved in the creation of this engine. And this is something we want to encourage: community involvement in creating technology for themselves.

Since this is open-source, the MT engine is available for anyone who wants to take it further and build something more, maybe something as simple as a spell-check tool or transcription solutions. The latter, especially, assumes importance when we are talking of two communities who speak the same language but do not use the same script.

It’s been a year since you joined TWB. How would you describe your experience so far? What do you love most about the job? What are the biggest challenges?

The thing that I love most is the purpose. The other thing that excites me as a computational linguist is being able to work with languages that some of today’s cool technology has not been able to reach.

My work is not just about driving translation prices down or productivity up for professional translators who may be translating into Japanese or Italian. That had been my focus a few years ago.

The difficult part is perhaps the different culture, the different way of thinking, different terminology, and lots of acronyms as well. If you thought that the IT world used its own specialist language, you know nothing of the nonprofit world’s jargon. As a linguist, you’re sensitive to jargon, and it raises the question if we’re making it harder for people to understand what we’re doing.

There is also complexity brought about by the fact that we work with hundreds of organizations. It’s not easy to understand their perspective.

Having worked in the language industry, I was used to working with people who were aware of tools. But now I find that we have to be conscious of working with tools that are too sophisticated.

And because of the generally high rate of turnover in the nonprofit world, it makes it hard for people to gain a level of proficiency in the processes. And this has an impact on technology decisions, too.

What do you have in mind for the future regarding TWB’s use of tech?

We have started to build a global Common Language Initiative. The resources we build would be open to tech companies, governments, NGOs—in short, anyone.

Another area we want to work on is voice. It would be difficult for an organization like TWB to summon up the resources to independently develop voice recognition for the underserved languages. But we do have access to spoken translations in these languages, and these can be recorded and shared.

We find it appalling that voice technology is the least developed for underserved languages. And that is where it would have found the most application. We can’t always wait for business models to emerge that make it attractive to build solutions for these languages; it’s not going to happen. Hence, we’re taking the initiative in this field.