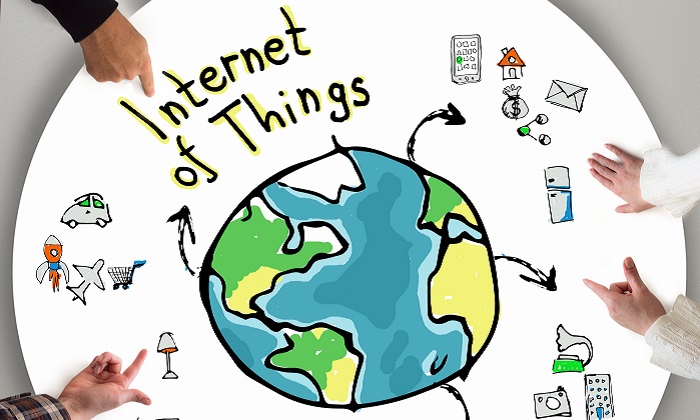 Imagine landing at Rio de Janeiro’s international airport. As soon as your flight lands, a timer on your smartwatch counts down the minutes until your bag is delivered to the luggage carousel. A self-driving, English-speaking car pulls up to the curb with your name in lights, which you automatically hailed when you scanned your biometric passport at the immigration kiosk.

Featuring a relaxing interior lightly scented with one of your favorite aromas, your car whisks you to your oceanfront hotel in Ipanema, where you access the elevator and your hotel room using the same biometric passport that you used to enter the country.

The climate control system in your room automatically adjusts to a comfortable temperature relative to that of your body, and a plate of Brazilian delicacies — somewhat foreign to your palate, but within the realm of your preferred flavor spectrum — sits enticingly on a height-adjusted table. You sigh, thinking about the start of your vacation: “There’s no place like Rio.”

This is just one of the infinite fantasies that could be made real as the Internet of Things (IoT) — an expansive, global network of ever intertwined networks that connects people, information, and things — moves stealthily into Latin America.

According to a 2013 study by corporate research firm Micromarket Monitor, the IoT and machine-to-machine (M2M) communication market is expected to explode, from $14.2 billion that year to $44.4 billion by 2019. Micromarket Monitor reports that Latin America’s market is driven principally by new innovations in infrastructure technology, resulting from consumer demand for more automated and self-controlled appliances.

The Latin American market — with more than 600 million people spread across 19 million square kilometers and 20 countries — has an “unprecedented opportunity to make a leap in productivity and competitiveness” in light of the digitization of countries, cities, companies, and organizations, as stated in the World Economic Forum’s Agenda.

Led by Chile, Brazil, Mexico, and Argentina — four of the region’s most populous countries — Latin America’s IoT solutions have moved from mostly serving supply chains to high-profile industries including hospitality, healthcare, and government. In 2014, Forrester Consulting conducted a study of companies in the region with staff sizes ranging from 250 to 20,000 weighed in on their company’s IoT participation.

Nearly 90 percent of the companies surveyed in Latin America expressed willingness and readiness to adopt IoT solutions, versus 80 percent globally, with 60 percent already implementing them. This vanguard includes companies in the government, transportation and logistics, oil, agriculture, manufacturing, hospitality, healthcare, and retail sectors. The top benefits of IoT solutions identified by these companies are loss prevention, improved customer service, and an improved delivery process.

According to Jordi Botifoll, writing in the World Economic Forum’s Agenda, $860 billion is the potential value created by the IoT in Latin America. But as a region, Latin America has to deal with many challenges in terms of socioeconomic development and global competitiveness.

Inadequate broadband penetration is the largest barrier to the universal adoption of IoT solutions in the region. Increasing the availability and adoption of broadband, says Botifoll, is the first necessary step, along with increasing digital skills, closing the gender gap, and serious government investment in infrastructure.

While the self-driving cars may seem to be in the distant future, the Internet of Things is a thing of the very near present, with investors big and small champing at the bit to get in on “the biggest opportunity since smartphones and tablets swept the world,” according to a June, 2015, article in Fortune magazine.

The question is not whether but how soon the IoT era will sweep across Latin America — and which savvy companies will lock in the first-mover advantage.