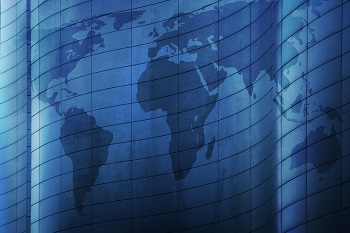 Localization into emerging markets involves tough decisions and process hurdles. So, before you set aside your localization dollars or euros, you need to do some critical thinking. Here are some of the main things you should consider.

What Languages Do You Need to Target?

This means there is a demand for translating into emerging market languages. Even though other major world languages may be spoken in those markets, we know through various industry surveys that up to 85% of consumers feel that having pre-purchase information in their own language is a critical factor in buying goods and services.

Many emerging markets have embraced major world languages like Spanish, English and Chinese as a critical path to economic development. But rarely are those languages spoken in the home. So unless you’re exclusively selling business-to-business, limiting yourself to major world languages means blocking yourself from the conversations — and mindshare — of consumers in their most comfortable, familiar environments. As a result, your brand will always feel “foreign.”

Consider India: Hindi and/or English are spoken by nearly 1/3, but Bengali, Gujarati, Kashmiri, Malayalam, Marathi, Oriya, Punjabi, Tamil, Telugu, Urdu, Kannada, Assamese, Sanskrit, Sindhi, Hindi/Urdu are also spoken — and over 1,600 dialects as well! Bengali, for example, has 83 million speakers. Marathi, Telegu and Urdu each have over 70 million speakers each.

If India is a target market for your consumer brand, you’d better not ignore those speakers.

And major companies don’t. For example, one of the world’s largest social media companies targets India by localizing into 9 of the above 16 major Indian languages (in order of volumes): Hindi, Telegu, Bengali, Gujarati, Kannada, Malayalam, Punjabi, Marathi, and Urdu.

Additionally, many of our clients are looking into emerging South American and African markets, and this means allocating localization budget to their associated languages.

What Do You Need to Know?

Because these languages tend to have complicating factors, it is important to look deeper into the details in order to successfully localize for that market.

The main point he makes is that resources, tools, and processes must adapt to the needs of localizers. What does he mean by this?

Some of the issues are:

There are still other societal and cultural issues for emerging markets that create hurdles to localization. A colleague in vendor management, Mary-Kate Bourn, cites Hmong as a great example. “Translators actually have to make up vocabulary as they go since the words simply do not exist in this language. Hmong is also a language where the emphasis used to express or enunciate a spoken word affects meaning and understanding, so ‘written’ communication is subjective even in native format.”

How to Evaluate Emerging Market Potential

Here are four things to consider.

Before you add an overwhelming number of new languages to your roadmap, considering the size, growth, online population, and use of major world languages will help your company make the best decisions.

Entering emerging markets is a bit like off-roading with your all-terrain vehicle: strategic thinking, advance preparation, the right tools and a healthy sense of risk are mission-critical as you leave the well-worn path. But the largest rewards will go to the forerunners.

Have you had success entering an emerging market? How was your experience different from the usual targets?