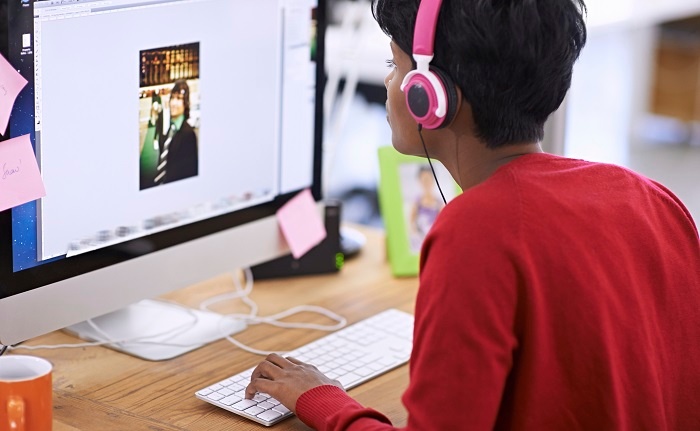 At Moravia, we cheer every company that discovers sooner rather than later the relationship between international growth and translation. Especially when it’s a startup. Because that means they’re growing right and starting right — and as a result, avoiding all the pain and hiccups that come with delayed, last-minute or decentralized localization.

When our client and hot Australian design startup Canva began its localization journey, we were happy for a number of reasons. Canva has made some very intelligent choices in translation, and there could be a lesson or two for other startups here.

If you want to hear it straight from the source, head over to our panel with Georgia Vidler from Canva at LocWorld31 in Dublin this Friday.

Start small, then ramp up quickly

Canva’s very first language after English was European Spanish. Melanie Perkins, co-founder and CEO, says it took them a couple of months to roll it out, but subsequently added other languages quickly. Starting small is always a good idea when you’re new to localization because of the learning curve your team has to go through. Your team needs to get used to the translation world: the terms, the workflows, what to provide translators, and what to expect back.

Of course, there will be more lessons to learn as you add more languages. Adding Chinese, for example, is very different from translating into German.

Canva’s next languages were Latin American Spanish, Brazilian Portuguese, French, German, Italian and Polish. By adding the FIGS (French, Italian, German, Spanish) combination, in one swoop Canva made its app available to 1.3 billion people in their native languages. These languages have ample linguistic resources available. Thus, for a company starting out on localization, these languages make for smart, budget-friendly choices.

Read our article on which languages European startups are localizing into, based on a study of 50 high-tech unicorns.

Cater to your high-growth markets

Perkins has an ambitious goal of adding at least 10 more languages by the end of this year, which include Bengali, Indonesian, Japanese, Malay, Russian, Thai, Traditional Chinese, Turkish and Ukrainian. Though Perkins doesn’t say so herself, it’s obvious these languages represent high-growth markets to her company. Huge swathes of Asia — with the exception of Japan and China which are already reaching online saturation — are quickly coming online, bringing their untapped potential with them.

See through the deception of English

When Canva was released in Spanish, 350,000 of its users immediately switched over from English — a resounding affirmation of “Can’t Read, Won’t Buy”. This research report not only tells us that consumers who can’t read product information in their own language are less inclined to buy, but also shows that even those who claim fluency in a second language often prefer a product in their mother tongue, if available.

If Canva hadn’t localized, would its users have switched over to a competitor that did? We could never say for sure. But let’s see a show of hands on who wants to take the risk?

Language is the key to markets, but what you do after you enter will make or mar your business. Canva knows this well and is not sitting back. Fonts in the local language, design layouts incorporating ready-to-use, culturally-appropriate messaging, and templates for country-specific events like festivals are being made available for all the locales Canva is catering to. Next up is payment in local currencies, which will make its offering much stronger.

Again, this is one of the benefits of learning to translate in your growing-up years: you get it right the first time. If you start translating when your team is small, inevitably the localization function gets centralized with a few core members. These members usually go on to found the company’s localization department, which then starts catering to different internal customers. Thus, they don’t have to learn about localization maturity; they actually start off living and experiencing it.

In contrast, at big corporations with decentralized translation, it can be chaotic. Bringing it all under one roof and trying to preserve quality and brand voice can become a nightmarish task. Luckily for team Canva, they won’t have to deal with that.

Love from top down

One of the most common stumbling blocks for localization is a lack of support from the C-Suite. Again, at Canva, they don’t know what that means. Perkins is passionate about localization and understands that it’s integral to their international growth. Localization is never a last-minute effort — rather, it leads the charge. This clear vision and executive sponsorship have also made it possible for a sizeable budget to be allocated to translation.

With more than 10 million users in 179 countries within three years of its birth, global is a state of being for Canva, not something it aspires to. If you want to know more about how localization is helping them deliver across the world, join us in Dublin.