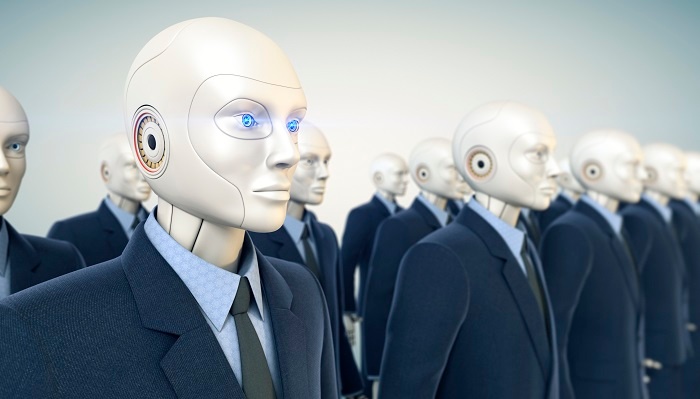 Persado made news recently when it received $30 million in funding for its artificial intelligence-driven copy writing software. Immediately, it set off animated discussions on whether this would mean the end of human content writing as we know it. Yet Persado is not a pioneer. Quill from Narrative Science has been churning out stories from data since 2010.

Compared to what Narrative Science has been able to achieve, Persado’s application really seems to have niche appeal. It combines natural language processing and machine learning algorithms to generate ‘cognitive content’ for use in display ads, subject lines for email, titles of landing pages, SMS, and push notifications, all in spurts of 600 characters or less.

As you can see, the tool in its current form is hardly a threat to human writers. Yet, the Persado discussion gave me a feeling of déjà vu.

Machine translation (MT) is more than 50 years old. Yet it still inspires the same kind of panic among translators today on whether it will replace them. The short answer to that question is no, but it still causes distress nonetheless.

But it’s not just about machines replacing humans (or at least trying to) that caught my attention. Since much of what we do at Moravia deals with the written word and technology, I see other parallels.

Today, every industry is being touched by artificial intelligence, so why not content writing? Especially when computers are already translating from one language to another. Though MT has varying degrees of accuracy depending on the language combination, the domain, and how well the engine is trained, it’s undeniable that MT is here to stay.

MT has found its calling in areas where humans could never venture or hope to succeed. For instance, real-time translation: there is simply too much content that needs to be translated in too little time for humans to even bother with it.

In the same way, will computer-created content have a role to play, too? It’s possible. App notifications or short ad copy doesn’t really need to be drawn from the wells of human creativity. Persado and its peers may be able to handle the issues of scale and speed that marketing messages present. Still, this is a very limited area and is unlikely to contribute to humanity on the scale that a Google Translate does.

2. It builds on human effort

When it comes to writing fresh copy or translating it, machines aren’t charting new territory. Instead, they learn from humans. MT may need a vast corpus of translated content to learn from. Free MT engines like Google Translate or Bing Translator also do a lot of crowdsourced learning and quality checks by asking for people’s feedback on translations. 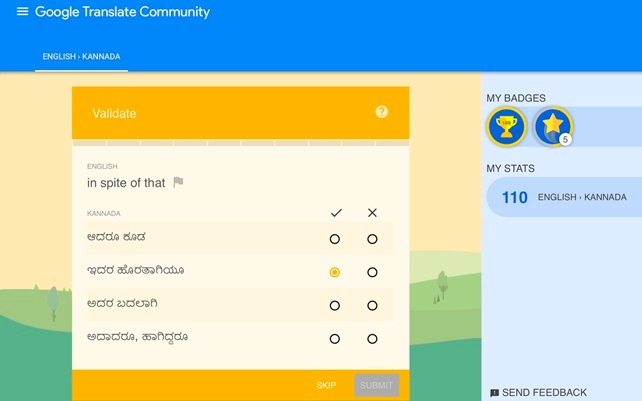 Same is the case with Persado. To “run millions of calculations and permutations behind the scenes to produce the message with the highest chance of conversion”, it’s obvious the tool needs to consume and digest a very huge corpus of data. And, you guessed right: this data or content essentially has to come from humans.

3. It comes at a significant cost

The chief motivation in adopting MT is to reduce cost and time. But MT is not a cheap solution, unless you’re thinking of free MT engines and quality is nowhere near a priority. For MT output to be understandable and not cause serious mistakes, it needs to be trained, and some amount of human post-editing usually needs to be done.

While we don’t yet know what the cost of a Persado installation is, given that it seems to only be adopted right now by bigger corporations, the cost may be significant.

4. It could spell doom for quality in translated copy

Persado is not just going to write copy, it will also translate it into 23 languages. Persado doesn’t say exactly how it will translate the content, but we can safely assume it is going to be machine-translated. This is where I get the jitters. In translation, we can’t stress enough the value of clean source content; that is, polished copy in the originating language.

Now imagine a situation where the source content itself is machine-created and hence susceptible to randomness and errors. Without a human touch anywhere, this effectively means that noise in one language is going to be converted to noise in another. Translation may be a tad too early of a step to take for machine-created content.

5. It may lack mass appeal

This is where technologies like that of Persado differ from MT. Everyone can think of a use for MT — say when they travel or are quickly looking up some information on a foreign language website. To that extent, it is a technology for all and one that has been vastly improved by the contributions of the masses.

However, this scenario doesn’t apply to Persado’s product. At least in its current stage, this tool is attractive only to enterprises, and very large ones at that, which also means that it’s not going to benefit from people’s participation.

That could be the biggest hurdle of AI-content. Unless, of course, a behemoth company takes it upon itself to democratize the technology. We’ll have to wait and watch this one.