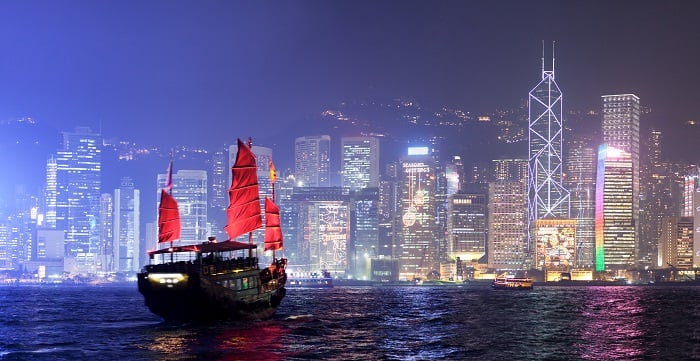 Cantonese has been spoken for centuries in south central China, and it’s the native tongue for most who live in and around the Guangdong province. In Hong Kong, adjacent to Guangdong, 96 percent of ethnic Chinese residents are native speakers of Cantonese. So why might you consider Mandarin when you’re localizing content for Hong Kong?

As the province that includes the city of Guangzhou, Guangdong is China’s most populous province — and with its GDP of over $1.1 trillion, Guangdong is also China’s largest provincial economy. That’s not even including Hong Kong and Macau, which are geographically part of the region but are administratively autonomous. If Hong Kong and Macau were included, together they would add another several hundred billion dollars to that total. In other words, there’s certainly value in localizing for the primary native language of this region.

The Origins of Common Speech

But some Hong Kong residents feel Cantonese may be losing ground to Putonghua — also known as Standard or Mandarin Chinese. Putonghua, which means “common speech,” is the language known simply as Chinese in the United Nations. It is the official language of China, and it is based on the Beijing dialect.

In addition to Hong Kong and Macau, Taiwan, for example, has embraced (not without deliberate effort at revival during various points in time) its Taiwanese and Hakka dialects while officially speaking “Putonghua” as the lingua franca and the primary mode of instruction. However, unlike its other non-Mainland Chinese counterparts, Taiwan is not subjected to simplifying its written script. Traditional Script is alive and well in Taiwan, but less so in Hong Kong.

Putonghua: On the Rise

An article in the Hong Kong edition of TimeOut.com calls Cantonese “under threat.” Sixty million people in the world speak Cantonese natively, the article states, and people in Hong Kong appreciate the richness of their native language. Per the article:

In Hong Kong … Cantonese is generally celebrated as being a richer and more colloquially expressive spoken language than Putonghua. It has nine tones, as opposed to Putonghua’s four. Chinese is written in traditional characters in Hong Kong, but these have been simplified on the Mainland to make the language easier to read and write. The upshot of that is, sometimes, the historic or poetic meaning of the character is lost[.]

Meanwhile, Beijing is working to advance Putonghua. The Chinese national government seeks to standardize the language spoken across the country — even in the two special administrative regions. According to the article, around 70 percent of Chinese language lessons in Hong Kong schools are in Putonghua, and “[t]he Hong Kong government’s official stance on language in the SAR is that they are ‘committed to promoting trilinguism’ across English, Cantonese and Putonghua.”

The article cites a government census stating that Putonghua is now the second most spoken language in Hong Kong. Before 2011, that had been UK English. According to the census, in 2001, only a third of Hong Kong respondents spoke Putonghua, but in 2011, that had risen by about 15 percent.

In light of all this, the article’s author poses the question, “Could Putonghua really eclipse Cantonese as the Chinese language of choice in our city within a few generations, or is this all conjecture?”

Whether or not Cantonese is being edged out, educated Hong Kong residents in the immediate future are likely to be trilingual in Cantonese, Putonghua, and English. While the latter two are seen as useful and even necessary to get ahead, Cantonese is a powerful link between the population and its heritage. Businesses wishing to succeed in the region must take this into account. The TimeOut article offers the example of a café that in 2012 posted a menu and signage in Simplified Putonghua and English — but not in the Traditionally-scripted Cantonese. Swift criticism caused the café to update its materials and issue an apology.

As in any human interaction, the successful delivery of any message starts with keeping the recipient in mind. In business, this goes beyond communicating what the consumer will intellectually understand. Instead, one must first establish common ground with the listener by demonstrating understanding around their perceptions and self-identification.

The lesson for savvy marketers is: pay attention to audiences’ experiences which shape their expectations. As evidenced in the above café example, the locally preferred vernacular — in the form of Traditionally-scripted Cantonese menu items — speaks volumes in today’s Hong Kong.