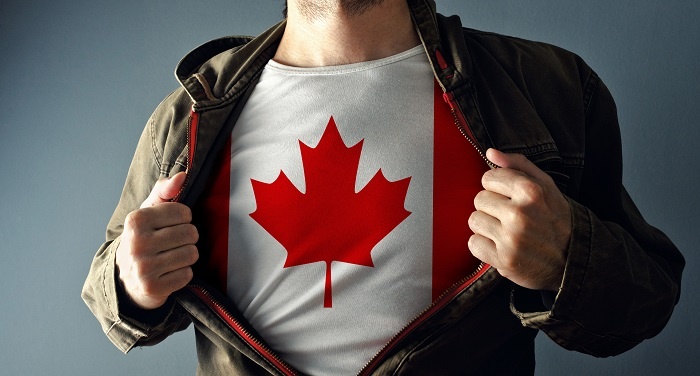 We all know Kathrin Bussmann as the founder of Verbaccino and host of The Worldly Marketer Podcast, where she invites expert guests to talk about global marketing issues. But since that podcast series is produced in Canada, Kathrin offered up a behind-the-scenes look at what it takes to succeed in that officially bilingual, proudly multicultural country.

It’s the second largest country in the world in terms of total surface area, spanning five major time zones. It boasts the longest coastline in the world, stretching along three different oceans. It shares the world’s longest land border with its neighbour to the south, the United States. And yet, with all that land and water, Canada is home to less than 0.5% of the world’s population.

Canadian winters will do that.

Currently estimated at 36.3 million, Canadians seem a bit thin on the ground, especially when you spread them across 10 provinces and three northern territories. The province of Ontario accounts for the largest portion of the population by far, with almost 14 million people or 38.5%. Next comes the French-speaking province of Québec with about 8.3 million people (22.9% of the total population), followed by British Columbia, Canada’s western-most province, with a population of about 4.8 million (or 13.1%).

Like most developed countries, though, Canada has become highly urbanized: eight out of ten Canadians now live in urban areas, most of them along the southern edges of the country, within easy driving distance of the US border. The three largest cities by population are Toronto (5.6 million), Montréal (3.8 million), and Vancouver (2.3 million).

Despite its small population, Canada is one of the top 10 trading nations in the world. According to the World Bank and the International Monetary Fund (IMF), Canada ranks tenth in the world in terms of total GDP, and international trade accounts for more than two-thirds of it. Not surprisingly, Canada’s biggest trading partner is the United States. But increasingly, Canada is also looking to expand its trade relations with Europe and Asia.

Canada is one of the “High-income members” of the OECD, as well as being a member of the G7, the Commonwealth, and NATO. It ranks among the global top 10 in the Human Development Index (HDI), and it boasts the most educated population in the world, according to the OECD.

Nice to meet you, eh!

Canada also enjoys one of the best reputations of any country — second only to Sweden, according to the most recent Country RepTrak index. Canadians are generally thought of as being polite, friendly and open-minded. They tend to be a modest bunch, but for all their modesty, they also have a lot of national pride. They prefer not to be mistaken for Americans, and are quick to correct anyone who doesn’t know the difference. For many Canadians, it’s a bit of a sore point that the average American knows so much less about their northern neighbour than the average Canadian knows about the United States.

One of the most important things that foreign companies need to understand about doing business in Canada is that it’s an officially bilingual country. Because of Canada’s particular colonial history and the special status of Québec, English and French are the two official languages — as established under the Official Languages Act of 1969.

Nationally, 60% of all Canadians speak English as their first language, while about 20% speak French as their mother tongue. The vast majority of French Canadians live in the province of Québec, where 80% of the population is primarily French-speaking, and French is the only official language.

This means, among other things, that product labels must display all essential information in French as well as English — including the generic name of the product, the ingredients, the manufacturer’s address and any health or safety information. (For more details about Canadian requirements for consumer packaging and labelling, visit the Competition Bureau’s website.)

Beyond Canada’s federal language regulations, businesses that set up operations in Québec must abide by the particular language laws of that province. (More on that in a future post.)

So what about the remaining 20% of the Canadian population whose first language is neither English nor French?

According to the latest census by Statistics Canada, there are over 60 different Aboriginal (i.e. indigenous) languages in Canada. Together, they represent about 213,500 speakers, almost 6% of the population.

Then, there’s the ever-growing number of Canadians who report speaking an “immigrant” language as their mother tongue, meaning a language other than English, French or Aboriginal.

A nation of immigrants

Canadians speak more than 200 different languages as a home language or mother tongue. These days, Chinese dialects account for the largest “immigrant” language group, with a total of over one million speakers: 255,000 Mandarin speakers, 389,000 Cantonese speakers, and 441,000 speakers of various other Chinese dialects. 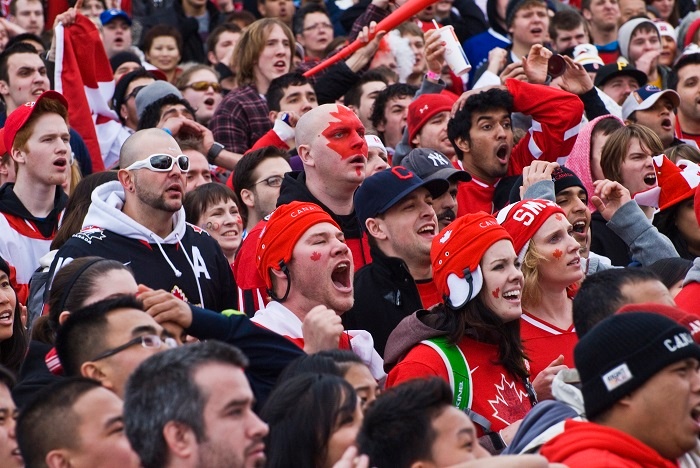 The speakers of these “immigrant” languages are mostly urban. 80% of them live in one of Canada’s six largest metropolitan areas: Toronto, Montréal, Vancouver, Ottawa, Calgary, or Edmonton.

Statistics Canada estimates that by 2031, nearly half of all Canadians aged 15 and over will be foreign-born or have at least one foreign-born parent. Furthermore, one in three Canadians will belong to a visible minority, i.e. be “persons, other than Aboriginal peoples, who are non-Caucasian in race or non-white in colour”. In fact, in the cities of Toronto and Vancouver, visible minorities will have become the majority, accounting for more than half the population.

Given all this linguistic, cultural, and geographic diversity, Canadians often look for a sense of national identity in the things they do have in common — especially things that distinguish them from their American neighbours:

Keep all this in mind when you’re localizing your product, service or marketing message for a Canadian audience. It’s simply not enough to make sure you’re displaying prices in Canadian dollars and using metric units of measure. You also need to tailor your message to Canadian values, and you need to make sure you’re respecting federal and provincial regulations around the use of French.