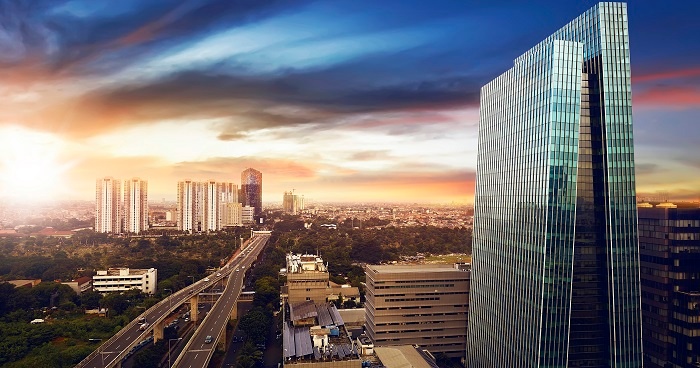 17,000 islands, 700 languages and dialects, 300 ethnicities. That’s Indonesia for you. The country’s geography and ethnic and linguistic diversity should give you some inkling about the complexity of marketing there.

It used to be that a strong distribution network and ads on TV would ensure success in Indonesia’s markets. Not so any more. Indonesians expect a more nuanced and interactive relationship when they engage with brands. They have some of the most active communities on social media in the world, and can be fierce advocates for the brands they fall in love with. A Millward Brown report cites that 29% of Indonesian consumers as willing to recommend a brand to friends and family. You definitely want to be in good favor with your Indonesian buyer!

This archipelago nation’s e-market is set to reach $130 billion by 2020, placing it directly after China and India. Everything is coming together to take it to this position: it’s already a mobile-first country, with more than 70% of online traffic originating from mobile devices.

E-commerce startups are sprouting all over the place and attracting solid investments: aCommerce and HappyFresh are among the recent ones to attract upwards of $10 million in funding. Tokopedia, an online marketplace, raised an impressive $100 million led by Softbank and Sequoia Capital.

Of course, for Indonesian e-commerce to truly come into its own, bayar di tampat (cash-on-delivery) must go.

Making payments easier will be key

And therein lies the opportunity for fintech as well as the old guard. Currently, less than 40% of the country’s population is banking. And yet, banks constitute 24% of the nation’s top 50 most valuable brands, and make nearly $28 billion combined. This indicates a huge potential for financial services companies, but they will need to move fast.

Common in early-stage markets, telecom operators have started to disrupt the financial services sector by creating mobile money services that initially target remittance, a prevalent pain point among those not banking, and could eventually offer a full range of mobile banking services.

For some sectors like luxury, it’s still largely offline sales

Despite the rapid internet penetration and growing e-commerce scene, store-based retail channels continue to dominate distribution within the luxury goods industry. Although some urban consumers have started to make small online purchases in categories such as non-luxury clothing, footwear, beauty, personal care, and some personal accessories, they still have low confidence when purchasing luxury goods through online retailers.

Quite a chatty, Blackberry country

Indonesians are some of the most active users of messaging and chat apps in the world, with an average of 4.2 messaging apps installed on their smartphones. Messaging apps are also a significant part of their everyday behavior. About 97% of mobile users in Indonesia access messaging apps multiple times per day, and 39% prefer them as their main channel of mobile communication over SMS, social networking, voice messages, and emails.

The most popular chat app in Indonesia remains the BlackBerry Messenger, with over 55 million monthly active users — perhaps the sole island (or shall we say archipelago?) of victory for the Canada-based handset maker. The device itself is no longer popular with Indonesians, but they have remained loyal to the messaging app and the curated groups of friends they use it to connect with. And it’s not just young people who use this app, but also companies and professionals who trust in its secure ecosystem.

It turns out Indonesia and BlackBerry have always had a thing for each other: in 2011, the company released its Blackberry Bellagio and chose Indonesia as the first nation in the world to sell it. The company ran a promotion, which promised a 50% discount for the first 1,000 people to pay with a credit card. As a result, thousands of people queued up before the event even started and eventually there was a stampede-like situation.

Social and (short) videos are winners

Social media campaigns are hugely effective in the country, making it an important market for Facebook, YouTube, and Twitter. Facebook even launched its Creative Accelerator, a program designed to help brands create ad campaigns in high-growth countries such as Indonesia.

At the end of 2014, Japanese messaging app Line tried something new for its marketing push in the country: it launched a 10-minute mini-drama video featuring famous Indonesian actors. The clip went viral and clocked five million views, and Line became a household name in the country.

Line’s experience reinforces the criticality of video to marketing in the country, but Indonesians usually do not like to watch longer videos because of data costs. Hence, videos must be cut down to 10-15 seconds and the message is best frontloaded.

A McKinsey report states that Indonesians are highly brand-conscious, yet often aren’t aware of brand ownership. While 60% of consumers prefer local brands, they didn’t know Nestle was not an Indonesian company. Nestle had localized so well that people simply assumed it was a local brand. That’s the power of localization done well.

Line’s localized stickers have now spawned an industry on their own in Indonesia, with a relatively successful sticker series able to sell 20 million stickers per day.

Indonesian consumers of today, like their peers in emerging markets all over the world, are far savvier than before. And, as is also common in Southeast Asian markets, they tend to gravitate towards local or regional apps. It doesn’t mean they are any less aware of or open to brands from elsewhere, but certainly these brands have to work harder to develop a better understanding of the culture and market.