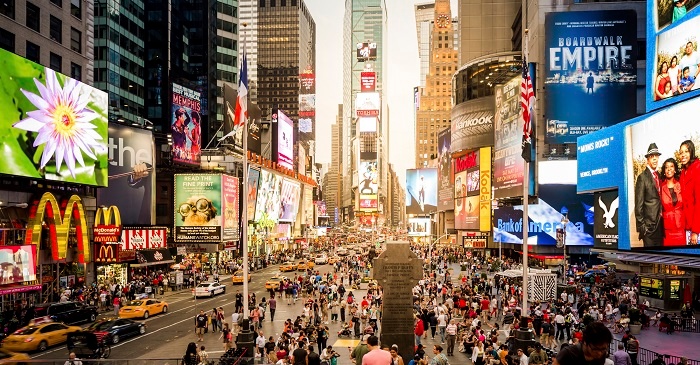 Most articles on global marketing talk about how to conquer Asia, Europe, etc. And why not? Those articles are written usually for American marketers trying to take their company overseas. But it’s not just the markets in Asia or Europe that are tough or exotic. And it’s not just American companies that want to expand internationally.

As the world’s second-largest economy in terms of purchasing power, the United States is on the list of every company that wants to aggressively go global. And yet, the Land of Opportunity eludes many. What does it take to succeed? No easy mantra there, but which market ever had one, right?

1. Do it the American way

Planting home-country business models in foreign soil is always a risk. It doesn’t matter if you’re Alibaba, one of the largest e-commerce companies on the planet, trying to make your way in a market that has everything going for e-commerce.

11 Main, Alibaba’s venture into US commerce, was closed just a year after opening. The reason? Alibaba failed to gauge the e-savvy of American customers long used to eBay and Amazon. For instance, consumers expect many products to be available at a competitive price and be delivered in two days. They want to be able to trust the order and return products without much hassle.

Alibaba tried to replicate its Chinese way of selling: after completing a sale at 11 Main, the transaction would essentially be between the merchant and customer, which made shipping costlier in most cases, and logistics unreliable. Some of the brands that Alibaba was trying to push through 11 Main didn’t get much traction with American customers either.

Of course, it can be argued that the real reason Alibaba pulled out was that it would rather fight Amazon in India, but that’s another story. And even if that were true, the moral of the story still remains that each market deserves your full-on attention and energy, and if you can’t do that, don’t go there.

2. Get local with offers

In this interview, then-COO of Matchesfashion.com, Ulric Jerome, discusses how his company used the same .com site to sell to the UK and US, but used GeoIP to direct US customers to offers relevant to them. Just by providing free next-day delivery on the East Coast and a few other areas, and by guaranteeing a 28-day return policy, they were able to match what local businesses were offering and doubled their sales. 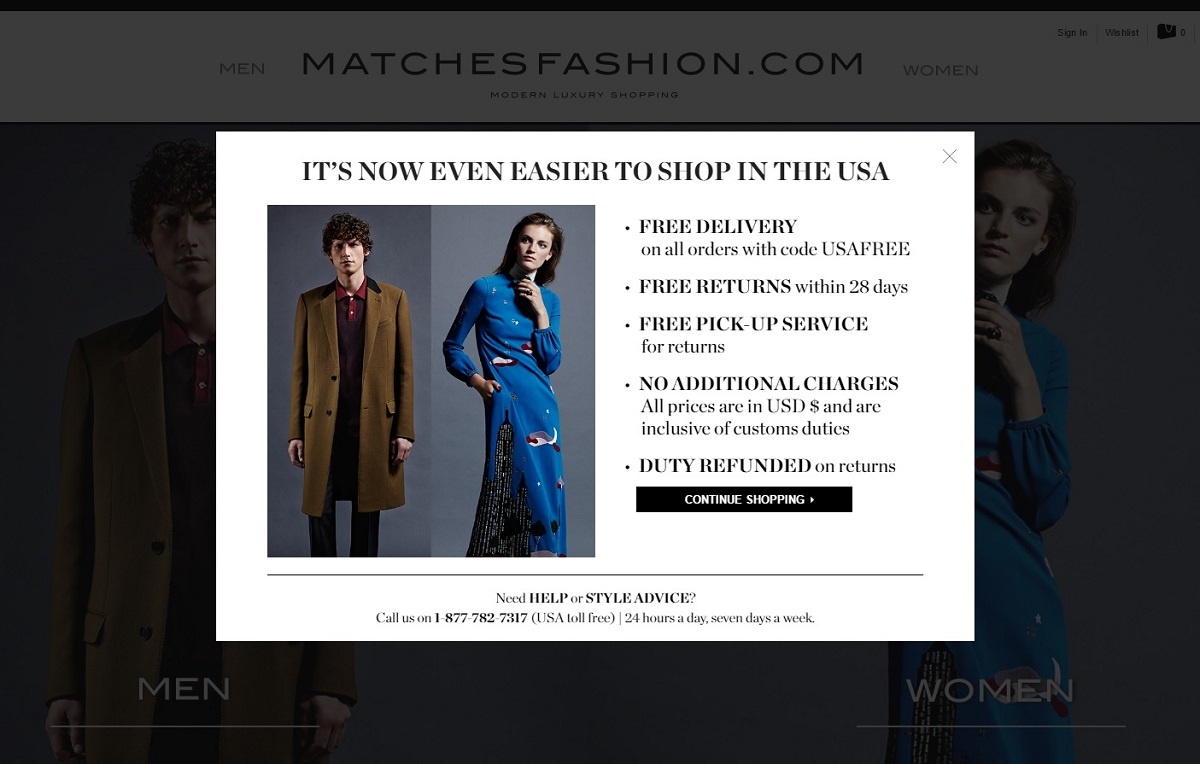 Now even easier than ever: getting local with offers. Credits: Matchfashion.com

The care and attention they showed the US market paid them back — it now accounts for 70% of their online revenue. Jerome, now CEO, says his company’s success in America was due to the fact that they applied a dedicated digital strategy to the US.

3. Fight the stereotype or make it work for you

Very few Asian brands escape the “cheap” perception, unless they’re Japanese (and now South Korean, thanks largely to Samsung). This is not just because they focus on pure price play, but also because Asian brands have traditionally underestimated and under-worked their branding. There’s an overall low awareness of Asian brands that are actually soaring in their home markets.

4. You can’t import your trophies

Your milestones or brand associations in your home market or other international markets may not ring bells with the American consumer. Strive to re-create your brand to be relevant to America. Several years ago, Dainese/AGV, an Italian manufacturer of motorsports protective gear and helmets, sought to increase its sales in the US. The company had been extremely successful in Europe, based largely on their long-time associations with Formula One and sponsorship of MotoGP legend Valentino Rossi.

These associations didn’t enjoy the same fanfare in the US as they did in Europe. But every American knows that Italy is the land of Ferrari, Gucci, Prada, and Pirelli. So, Dainese/AGV used these already-existing connections in the consumer’s mind to raise awareness and make itself more welcome in the US market. And it worked!

5. Familiarize yourself with the complex media scene

For a company from Asia, the way the PR and media machinery works in the US can be very complex. And PR is important in the US. It’s not just about contacting the big newspapers and trying to get them to write about you. You need to keep in mind that you are entering the biggest tech market in the world, and journalists are constantly bombarded with one pitch after another. Unless you identify the right targets and conduct a well-executed strategic communications program, you’ll end up burning your PR and marketing budget without achieving your goals.

As George Bernard Shaw said, the UK and the US are two nations “divided by a common language.” British brands have had their fair share of struggle in selling across the pond. In fact, a Barclays survey conducted a couple of years ago showed that British companies viewed America as one of the most challenging foreign markets, despite strong interest to enter it. 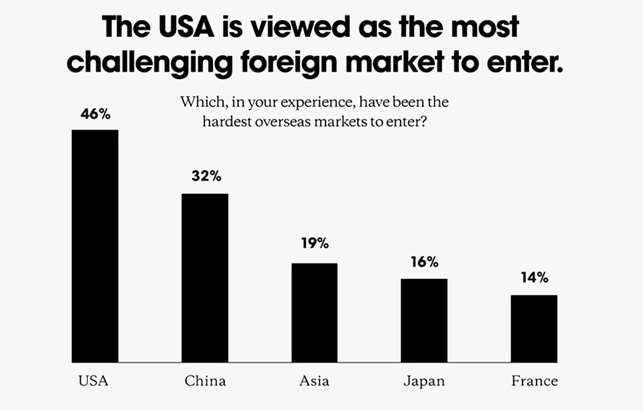 A Barclays survey showed that British companies viewed the United States as one of the most challenging foreign markets to enter. Source: Huge

However, UK companies are also blessed with certain skills and capabilities that give them an advantage. For instance, they already know how to play the next-day shipping game, and entering new markets is old hat. The sophistication of US consumers matches that of the UK; the same applies to British marketers.

7. Take localization just as seriously as you would for other markets

The American consumer is not just savvy, but also habituated to buying from many extremely competitive domestic brands. The slightest jarring tone from foreign companies will be noticed. Pay attention to all the little things such as prices, sizing, weights, and heights. Consider printer standards and levels of technology adoption.

While translating into English may not involve a massive effort for most companies — English is usually the source language or at least one of the languages in which they already have content — you still need to customize to US English. At least some of the content may need a higher level of localization, like transcreation. Not to forget, translating into US Spanish gives you better and additional access to the Hispanic community that commands a robust purchasing power of $1 trillion (PDF).

And, do your due diligence with brand names, just as you would in other markets. Bimbo bread will simply not cut it.

So much marketing has happened from US-based companies to the rest of the world that it’s easy to forget that just as much effort is required to sell Stateside. At a time when “reverse localization” sounds like a term from another era, international marketers need to do a little more research, get solid processes in place, and re-invent themselves to win in the American market. It would definitely be worth it.