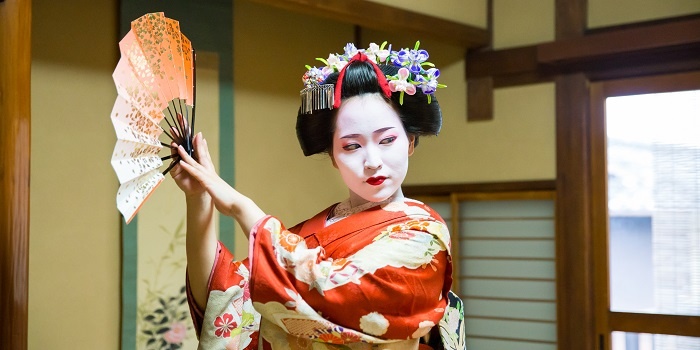 Japanese is spoken by about 125 million speakers, primarily in Japan, where it is the national language. It’s nowhere near the reach of a language such as Chinese, but in the localization world, you ignore it at your own peril. Japanese customers have some of the highest localization quality expectations. They also command some of the fattest wallets online.

What can you know about Japanese that would save you from tripping up and never be forgiven by Japanese customers? We sat down with expert linguists Ayako Okuno, Ayako Jun Maekawa, Tatsuya Hirai, and Mariko Tokashiki—all from Moravia Linguistic Services—and Doug McGowan from our Marketing team based in Tokyo.

This post is part of our series on localization tips for specific languages. The previous posts were on Korean, Swedish, Polish, Chinese, and Portuguese (Brazilian).

1. Understand the many levels of formal and informal address

The Japanese language uses a broad array of honorific suffixes for addressing or referring to people. These honorifics, referred to as keigo (敬語), attach to the end of people’s names and dictate the level of formality to be used.

Broadly speaking, these can be divided into formal and informal honorifics. Here are the most common: (1) sama (様) is a respectful honorific used for people of a higher rank than oneself, and in business, this is used for clients and customers, and in correspondence with business partners; (2) san (さん) the most widely used honorific in everyday life is respectful while being less formal, and is typically used between equals; (3) kun (君) is used by people of senior status addressing those of junior status, and commonly addresses, but is not exclusive to, males; and (4) shi (氏) is used in formal writing for referring to a person who is unfamiliar to the speaker/writer. Plus, there are many other occupation-related titles and informal suffixes.

Your localization style guide for Japanese needs to specify the level of honorific to be used, and the chosen one should be applied consistently throughout the localization project.

The Japanese language has a specific way of handling loanwords. Many loanwords are, in fact, pseudo-borrowings: despite their links to foreign language words, the word forms as used in modern Japanese are not used in the same way in their languages of origin. Many such terms, despite their similarity to the original foreign words, are not easily understood by speakers of those languages. For example, “left over” (pronounced “refuto oobaa”) is a baseball term for a hit that goes over the left-fielder’s head rather than a term for uneaten food in English. Or famikon (ファミコン) from “family computer,” which refers to the Nintendo Entertainment System.

Traditionally, Japanese has had a large influx of loanwords from Chinese. These words were borrowed during ancient times, are written in kanji, and are called kango. Pronunciation of modern Chinese loanwords generally differs from the corresponding usual pronunciation of the characters in Japanese.

The Japanese language also has a word for loanwords—gairaigo (外来語)—and it indicates a transliteration (or “transvocalization”) into Japanese. The word usually refers to a Japanese word of foreign origin that was borrowed in modern and not ancient times. Most loanwords of modern times do originate in English, but some are mistakenly thought to be so. For example, arubaito (アルバイト), which means “part-time job,” comes from the German arbeit, which means “work.” Similarly, noruma (ノルマ), which means “quota,” comes from the Russian hорма, which means “standard.”

3. Differences between the written and spoken form are built in

The modern Japanese writing system is a combination of four character types: logographic kanji, which are adopted Chinese characters; syllabic kana; Latin script (used in a limited fashion, such as for imported acronyms); and the numeral system, which uses mostly Arabic numerals alongside traditional Chinese numerals.

There is no singular/plural marker in the Japanese language, so it’s always necessary to deduce from context whether one or more of anything is being referred to. The exception is that, when referring to people, there is a way of attaching –tachi (たち), or the vulgar –ra (ら), to the noun (e.g., we, you, child, adult) for clarification (kodomo 子ども = child; kodomotachi 子どもたち = children). This does not work for regular nouns.

Japanese is a topic-prominent language that organizes its syntax to emphasize the topic–comment structure of the sentence. And to the chagrin of translators, the topic is often dropped from a Japanese sentence, making it critical for the topic to be correctly inferred; otherwise, the target text can turn out to be incorrect.

In the localization process, the following points should be considered:

1) English-to-Japanese translation: It feels more natural in Japanese to omit the subject. The translation depends highly on the context. This is especially true about short segments or even one term, like User Interface (UI) translation.

2) Japanese-to-English translation: The omitted portion should be translated explicitly in English, based on the appropriate understanding of the context. Usually, it is difficult to distinguish gender as well as plural or singular.

The Japanese language does not attribute gender to inanimate objects (phew!). However, it does use counter words, along with numerals, to count things, actions, and events. The numeral needs to be followed by counter words such as mai (枚, for thin, flat objects); ko (個, for small, round objects); hon/bon/pon (本, for long, thin objects); hiki/biki/piki (匹, for small animals); tou (頭, for large animals); and so on. This, of course, complicates the translation of text strings that include a variable placeholder for a numeric value at the very end of the sentence. Many developers assume this will cause no problem, but for Japanese, Chinese, and Korean, this structure does pose a challenge.

5. Just like in Chinese, pay attention to the sorting order

Here are some tips and a procedure for sorting Japanese correctly.

1. Load the glossary in Microsoft Excel so the terms fill column “A.” 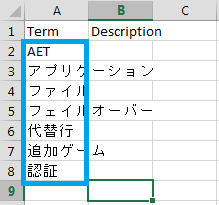 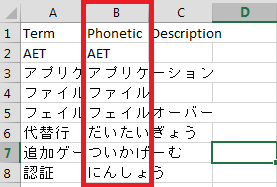 3. Input the phonetic of each term in column “B.” 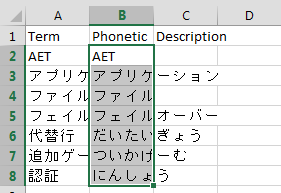 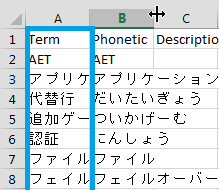 The following ascending order is applied to Japanese:

The Japanese audience tends to expect a “finished product,” while Westerners are more tolerant of incompleteness when it comes to software. While Westerners are even willing to provide feedback so they can contribute to improving the product, the Japanese are only willing to pay for something perfect. This makes agile localization much more difficult in Japan than elsewhere.

Also, be careful when linking to non-Japanese content from a Japanese website. It is imperative that you mention the language of the linked page in parentheses. Not clarifying this can make customers irate.

Unless it’s just UI strings, merely following the traditional process of Translate-Edit-Proofread (TEP) will not get you the authentic Japanese text feel. Businesses that are more conscious of the quality of their brand message are starting to understand this.

Part of the beauty of Intel’s slogan—“Intel Inside™”—lies in the repeated sound “in,” which gives it a nice ring and rhythm. This would be lost in translation. But the Japanese version succeeded in another way: “Interu Haitteru” literally means “Intel is inside.” It also uses a repeated sound—“-teru”—and gives the localized version a level of catchiness on par with the original. Thus, the slogan comes close to the original in meaning as well as in sound.

Another masterpiece is the Japanese version of “Like” on Facebook. The Japanese いいね! (iine) means not “Like” but “Nice!” “Like,” which translates to 好き(suki) just doesn’t cut it as a natural reaction to a social media post. Subsequently, いいね！, with and without the exclamation mark, has been copied by all sorts of social media ranging from homegrown platforms like Ameba to global ones such as Instagram.

9. Be aware of possible TM issues

Like many other Asian languages, Japanese does not separate words with a space. This can create problems for Translation Memory (TM) tools as well as Machine Translation (MT) engines. TM tools are challenged when applying automatic segmentation and may behave oddly, such as inserting segment breaks in front of certain punctuation.

MT engines need to first apply morphological analysis to identify parts of speech. And the quality or characteristics of the dictionary used by that tool will have a direct bearing on the quality of the translation.

While it’s true that the Japanese audience doesn’t compromise on quality, the return on investment for Japanese is very high, if you get it right. Translations into Japanese are known to have substantially increased the number of app downloads and revenue. Also, there is no fallback language in Japan, so localization is non-negotiable in this market.