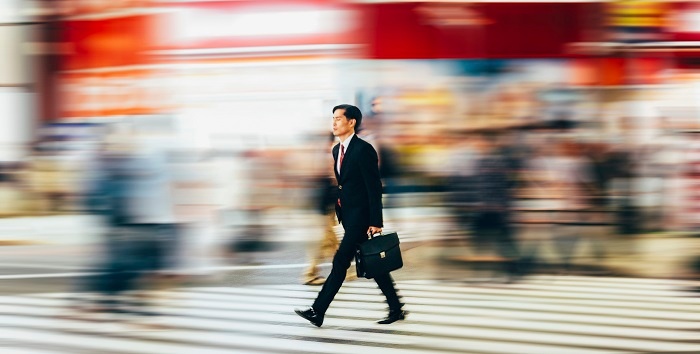 It’s been six years since Rakuten “Englishnized”. This ambitious Japanese ecommerce company with stakes in businesses as diverse as Pinterest and Lyft, as well as other ecommerce firms, launched mandatory Englishnization in March 2010.

Rakuten’s CEO, Hiroshi “Mickey” Mikitani told his company that all internal communication, verbal as well as written, from that point onwards would be in English. It was something of a shock to the 7,000-strong company that was mostly made up of staff who spoke only Japanese. Mikitani’s move was so unprecedented that it invited strong reactions from his peers in Japan’s business community, a practice which is also rare in a country where executives don’t criticize each other in public.

In his recent post, Mikitani lists its several positive effects and says, with conviction, that there’s no going back from his English-only policy. What can Japanese companies learn from this bold move? For that matter, is there a lesson in this for every company, Japanese or otherwise?

CEO Mikitani says English has brought several benefits to his company, not least of them being stepping out of what he calls “Japan’s linguistic bubble”. It has made Rakuten more outward-looking, modern, casual, and has helped it get rid of the navy suit monotony, he says. He also ascribes part of their success in buying Ebates, PriceMinister, and Viber, and acquiring minority stakes in Lyft and Pinterest, to Englishnization.

Rakuten has brought more diversity to the company, with 80% of its engineers hired after 2011 being non-Japanese, Mikitani says. This move has also made communication easier and faster within the company, with Rakuten staff being able to pick up the phone and talk to a colleague anywhere in the world without an interpreter.

And since the English language has few power markers, it has helped democratize communication in a way. Most Asian languages, including Japanese, have words that denote various levels of formality and respect, and there can be strict rules about how to address a stranger, an elder or a senior, and so on.

He may have been criticized six years ago, but Mikitani has several followers now. Tyremaker Bridgestone made English its official language in October 2013. UNIQLO’s parent company, Fast Retailing, made it mandatory for all headquarters’ employees and store managers to achieve TOEIC 700. Nissan has a rule where if there is a non-Japanese person present, conversations must be in English.

It’s a step towards internationalization

Mikitani is not making the company monolingual, though it may appear so. His staff will always know Japanese; no one can take it away from them. Englishnization is actually a step towards being more international, being more multilingual.

Of course, he could have even chosen Chinese or some other dominant international language, but then the company could get stuck in another single-language, single-market scenario. Much as it’s true that English is fast being replaced by other languages on the world stage, it’s still the pivot language, the bridge that helps people cross over to other languages, cultures, and markets.

And, not to forget, English-only is an internal policy. Outwardly, the company sells its wares in more than a dozen languages, as it knows very well that in marketing you can’t go global without being local first. Rakuten has astutely realized that English will put it on the fast track to business, while localization delivers benefits to the customer.

My colleague Douglas McGowan from the Tokyo office puts it thus: “Heightened corporate awareness of language, coupled with more than the usual Japanese thinking, will give Japanese companies more hints on how to ‘un-niche’ their products and services. More and more, what used to be Japan-only assets will find their way into the global market with the help of localization.” Looks like Rakuten’s imitators agree. I certainly would.

But it may not be for every company

Englishnization may not be replicable or even necessary for companies born in multicultural and multilingual societies. They don’t need an English-only policy to bring them diversity, a fresh approach, or even to go international. In fact, it may backfire. After one French company brought in a similar English-only diktat, one employee declared, “In English, I am not myself. My personality is much smaller in this context.”

And that sums up what our languages mean to us. They are an extension of our identity. It is equally true that learning a language opens up a new world to us. The benefits of bilingualism are well-known. Businesses should stop thinking of languages as barriers and see for them what they are: enablers. That is Mikitani’s true message.