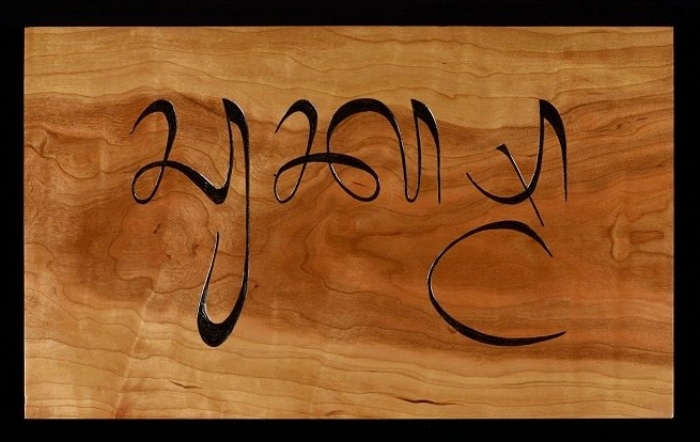 Minority world languages are slipping away. It’s estimated that one language dies every 14 days. As many as half of the world’s 7,000 languages are expected to be extinct by the end of this century: the last speakers are passing away, writing systems have not been documented, dictionaries don’t exist, and spoken languages are not being recorded.

Eyak in Alaska, Ubykh in Turkey, Ata in the Philippines, Gottscheerisch in Slovenia, Abenaki in the United States, and scores of others.

An article on endangered languages from the World Economic Forum sums up the extreme consequences: “Languages are the spark of a people, the bearing of cultures, and with their extinction we lose unique insights into human history and the evolution of language, itself,” says Nicolas Perrault, a graduate student in anthropology at the University of Oxford. “Their disappearance is a loss to humanity, scholarship, and science.” But to the speakers of that language, it’s a catastrophe—a true loss of who they are.

To those of us from the world’s dominant cultures, it may seem more convenient if the rest of the world speaks our language and writes in our script. But that assumes we are always right, and we already know everything worth knowing. When a culture loses its language, written or spoken, its accumulated wisdom is lost as well, and with it everyone may lose priceless knowledge—about ethnobotany, for example.

Various organizations are fighting to preserve these endangered languages. Moravia got involved in the cause by sheer coincidence: two people passionate about languages—Erik Vogt and Tim Brookes—met on a bus in Barcelona en route to a post-conference dinner. They began to discuss Tim’s idea of developing card games for children that feature the scripts of at-risk indigenous languages.

Tim Brookes leads the Endangered Alphabets Project, dedicated to preserving the scripts of dying languages. We sat down to speak with him about the games project.

Erik: Tim, why are you focusing on children?

Tim: I learned that if you want to be actively involved in preserving and reviving languages and writing systems, then you’ve got to begin with kids. I thought, what do we do when we are learning our own language as children, and especially, when we’re learning our own writing systems? We play games—Hangman, Scrabble, Boggle, all kinds of crosswords, word searches—all kinds of things that make it fun to rehearse visual language learning in a wide variety of ways and levels of complexity. If you want to reach kids, you’ve got to create games.

So I started on the Endangered Alphabets games project in the summer of 2017, which was actually right when Erik and I met in Barcelona. At the time, I had a number of ideas for games.

My focus was on simple recognition-type card games, like Memory, or Concentration, or Pairs, in which you turn two cards over from an array that’s face-down. If they match, you get to take them, and if not, you turn them back over. Then the next person turns a couple over, and so on, trying to remember where specific cards are so you can make matches.

There are a number of games that could be played that would simply introduce kids, or re-learners, to the symbols of these scripts.

I had some false starts. For example, in Javanese it’s impossible to create Scrabble because, as with many Brahmi-derived scripts, the letters change depending on the vowel. So, instead of having a consonant and vowel as separate entities, the vowel is often represented as a modification of the consonant. This means you would have to have something like 200 different tiles. So, the Scrabble idea is restricted to specific writing systems.

Erik: How did you build bridges with the indigenous groups that speak the languages you’ve chosen, and how did you find native speakers to work with?

Tim: Here’s an example. I met a guy who is now a PhD candidate in the Graduate School of Education at Harvard. He is from the Chittagong Hill Tracts of Bangladesh and is an ethnic Marma. The Marma are one of 13 indigenous groups in the Hill Tracts. I started working with him in 2012 and we began co-creating educational materials for use in schools.

In other cases, I reached out to people with whom I’ve had contact—usually through Facebook groups—to tell them I was working on this card game project. I would ask, “Are you interested? And if so, can you provide me with a character set? And do you have a social means for actually making use of these cards?” Because nobody wants to send a bunch of cards which then just sit in a drawer. We had to make sure they would get used.

Erik: When and how will you distribute the cards? How many decks are being released, and in what settings will they be used?

Tim: The first ones will go out in about a month. Those are the ones going to Bangladesh.

One of my contacts is a Cree contact in Canada. I’m going to send him the Cree packs that I’ve had printed up already. I’m also going to be reaching out to people in other Cree communities to find out whether they’re interested, and in particular, whether there are immersion schools or mother-language schools where these could be used. I have other happenstantial contacts like that.

Erik: Can you tell our readers about the collaboration between us?

Tim: Erik committed to help on behalf of Moravia during that bus ride in Barcelona. Moravia has sponsored the design and printing of round one. They are also helping brainstorm and create the rules for the games.

Erik: We love this project. To us, this is part of what we do and who we are: we are believers in the power of language and culture. We believe that if these scripts and languages die, there will be a huge loss in the expression of the human experience. It’s about cultural richness and the world being better for it.

Erik: How can people help contribute to the project? How do people get these decks?

Tim: You can contribute to the Endangered Alphabets Project here.  Also, you can contact Moravia to order them for you directly here.

(The image is one of Tim Brookes’ own.)