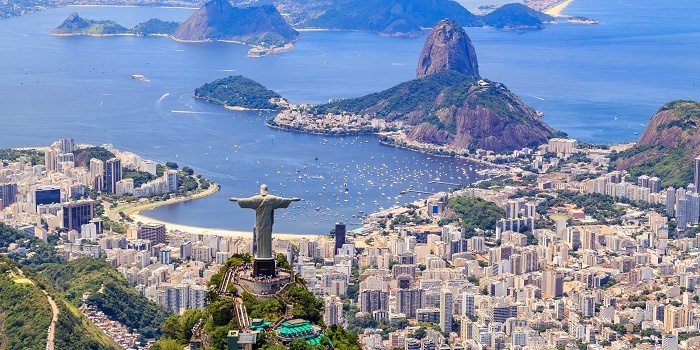 The Portuguese spoken in Brazil (pt-BR) varies on many counts from that spoken in Portugal (pt-PT) and in other Portuguese-speaking countries. But that’s not the only thing localization professionals need to concern themselves with. So we sat down with Paula Barreto de Mattos, our Linguistic Services Manager, to know more about the intricacies of localizing into Portuguese (Brazil).

This post is part of our series on localization tips for specific languages. The previous posts were on Korean, Swedish, Polish, and Chinese.

1. Use two levels of address

There are formal and informal forms of address in Brazil. The informal pronoun “você” is most commonly used in Brazil to address the user, both in spoken and written languages. The pronoun “tu” (also informal) is common in certain parts of Brazil but not predominant across the country. You can also omit the subject from the sentence: in this case, the subject is expressed by the verbal form. This is a useful stylistic resource when translating from English to pt-BR to avoid repetition and overuse of pronouns.

The formal address “o senhor” (masculine) and “a senhora” (feminine) are used instead of “você” or “tu” to address older people, authorities, or people higher in the social hierarchy.

In software localization, the informal pronoun “você” is used to address the user.

2. Loanwords are all too common, but…

Historically, the Portuguese in Brazil absorbed linguistic influences from several languages, such as Arabic, Italian, German, Spanish, French, and Japanese, as well as the native indigenous languages.

Lately, the use of anglicisms has grown considerably, introduced by foreign products and technologies. Words such as on–line, off–line, e–mail, link, and site are commonly used and are now part of VOLP, the official vocabulary of the Portuguese language.

Although the influx of English words has increased considerably, and loanwords are well accepted in Brazil, local equivalents, when they exist, are generally preferred. For instance, even though some people in Brazil use “printar” for “print,” the target equivalent in Brazil, “imprimir,” is well established. In this case, there is no reason to adapt an English word to create a new word when a local word means the same thing.

Nouns in Portuguese vary depending on the gender, number, and degree. The gender and number of a noun will entail agreement on words that modify or are related to it. For this reason, the use of strings containing placeholders and strings combined at runtime can pose several issues.

It is important to know the gender and number of the noun replacing the placeholder so the verb agrees with it. So if text is loaded with a placeholder with hardly any context, it can complicate things for the translator, says Paula.

Keep in mind that the translated text will normally be longer than the English text. If you don’t provide for enough room for the translation, you’ll end up abbreviating to prevent truncations. The resulting product is aesthetically unappealing, difficult to understand, and looks and feels like a translated product. Abbreviating should be the last resort to shorten the text, and some words, like verbs, should not be abbreviated at all, as doing so compromises the quality of the translation.

The English language uses more possessives than Portuguese does. Keeping all the possessives in the translated text compromises the text’s fluency and may create ambiguity. This is a common issue in Portuguese translations.

Source text: Looks like you’re over your storage limit. To see your dashboard, please manage your storage at…

6. Be clear about capitalization

A common question clients ask is whether a product needs to be localized into the two variants of Portuguese, despite the Portuguese Spelling Agreement of 2009. The answer is yes, says Paula. A professional translation into pt-BR is not well received in Portugal and vice versa. Important differences in syntax, terminology, and usage, and some spelling differences, still exist after the Agreement took place.

Here are some examples of differences between pt-BR and pt-PT:

Please note that adapting from one variant to another is not a recommended practice, as it can be more laborious and confusing than translating into both Portuguese variants directly. Aside from the differences in syntax and terminology, Portuguese and Brazilians simply have different ways of expressing themselves.

Read more: 6 Brazilian Portuguese Words That Do Not Translate in Portugal

Acting on the advice from this post means that you are planning and preparing for localizing into Portuguese (Brazil) so you can get it right in one of the biggest economies of Latin America. For instance, providing enough space for translations is something that needs to be built into the product before it goes out for localization. Also, take care to set out capitalization rules, a policy on loanwords, and other style guidelines at the start of localization to ensure consistency and less back-and-forth with translators.