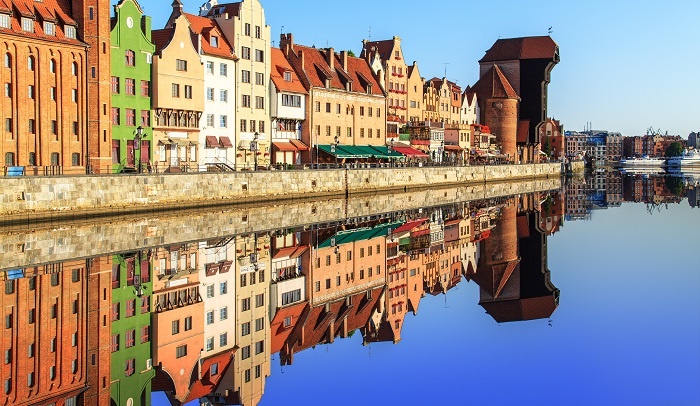 Poland claims the sixth-largest economy in the European Union. Polish also happens to command lower per-word translation rates than the traditional FIGS quartet. Whatever your reason may be for choosing to offer your products and services in Polish, what do you need to know about Polish localization?

We sat down with our Polish linguists for some inside knowledge. This post is part of our series on localization tips for specific languages. The previous posts were on Korean and Swedish.

The informal, singular “you” in Polish is “ty”, but in common usage, the subject of the sentence is often omitted. It is instead represented with the appropriate verb forms, like “jesteś” which is the present-tense second person singular form of the verb “to be” (“you are”).

There are formal and informal levels of distinction in Polish. The informal “you” is used among friends, families, and people who know each other, whereas the formal is reserved for strangers and business and public communication. Although being on informal terms has become quite popular in the last decade, it still can be perceived as offensive when addressing people you don’t know or when talking to clients.

Additionally, the Polish “you” indicates the gender of the interlocutor. So, if the context doesn’t make the gender clear, translation can be problematic. A simple question like “Are you tired?” can be phrased in many different ways in Polish depending on who you direct it to. See the table below.

*Mixed gender is used when you address a group of people that may include men and women.

2. Prefer the Polish word to the loanword

Loanwords are usually “Polonized” in both spelling and pronunciation, and some of them are hardly recognizable as foreign. Though the influx of English words has increased considerably, it’s generally preferable to use Polish equivalents when they exist.

3. Devil is in the quotation marks

Not all languages have the same punctuation rules or even marks as English does, and clients sometimes underestimate this. In the example below, the quotation marks were not a part of the editable text, so the linguists were not able to localize them. Double upper quotation marks are incorrect; the correct Polish quotes are „ ”.

Polish has about six regional dialects, but the whole country uses standard Polish with its codified writing and grammar rules. Most of the dialects are intelligible to Polish speakers, barring two—Kashubian and Silesian—that are quite distinct.

Kashubian is even considered a separate language by some linguists. It is close to standard Polish with influence from Low German and the extinct Polabian and Old Prussian. In Poland, it is an officially recognized ethnic-minority language.

The same goes for Silesian, whose vocabulary was significantly influenced by German. There is no consensus on whether it is a separate language or a Polish dialect. However, in July 2007, the Slavic Silesian language was given the ISO 639-3 code “szl”.

The grammatical structure of Polish makes it highly context-dependent. Every utterance, to be meaningful, must be construed in relation with a linguistic, social, and cultural context. Without the necessary background knowledge, the resulting translation is prone to lexical or grammatical ambiguity.

Nouns in Polish have grammatical gender clearly defined. The case inflection pattern is also dependent on the gender of the noun. That is, the endings differ for masculine/feminine and singular/plural nouns and adjectives. Verbs undergo grammatical conjugation that is also highly dependent on the gender, number, and tense. For instance, the word “Zrobiła” means “She did it”. The ending “-ła” indicates that this is one woman, who did something in the past.

It’s for this reason that translators often run into trouble with text containing placeholders. Take this sentence: “This is a complimentary email to let you know that your {0} subscription for {1} will automatically start on {2}.” {0} here stands for monthly/yearly. These words can have different endings in Polish depending on the noun that follows them. During translation, the placeholder text is translated separately, so it can get incorrectly translated as a masculine/feminine adjective or an adverb due to lack of context.

Though it’s becoming more acceptable to use an informal style, it is product-dependent to a large extent. Young startups are mostly prone to such informality, as they believe it’s necessary to make them appear cool and easygoing. However, this could also limit your target audience.

Also, if the product is localized, Poles expect it to sound natural. Too many Anglicisms, lack of fluency, and unnatural loanwords from English could annoy them.