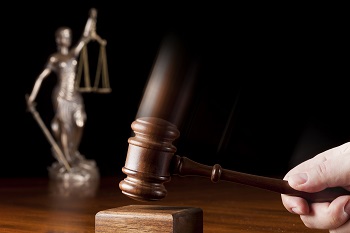 In a decision certainly to be lauded by patent filers, Advocate General Yves Bot of the Court of Justice of the European Union has asked that the court reject Spain’s actions against the unitary patent protection regulations, including the regulation governing its translation arrangements. This is the latest rebuke in a battle that has been waged for more than a decade, with the latest salvos launched by both Spain and Italy in 2012.

With millions at stake, there is just one question that remains: Will the Court end this war once and for all?

While patent translation is by all accounts one of the more costly and time-consuming challenges to entering the European Union marketplace, efforts to streamline the patent system and to reduce its related costs have been underway for quite some time. According to the European Patent Office (EPO), nearly 150,000 patents were filed with their office, roughly 15 percent of patents filed worldwide according to the World Intellectual Property Organization (WIPO). In just 2012 alone, one-third of EPO-filed patents originated from within Europe. Of those, the top filing countries were (and still are) Germany, France, Switzerland, the Netherlands, and the United Kingdom.

With so much patent interest both within and outside of the European Union, the EPO has long understood the value of translation. In just December 2013, the EPO was pleased to report that it had completed its free machine translation support of Patent Translate, making on-demand translation of patent information available in all 32 languages of the European Union plus Chinese, Japanese, Korean, and Russian. The Patent Translate system itself was not launched until 2012.

Despite such efforts, the idea to restrict the number of languages for filings to the three official and most heavily used of the EPO — namely, English, French, German — has been a long contested one. Spain and Italy refused to sign with the other 25 other countries that sought a single patent system, and filed lawsuits against the effort, claiming that this cooperation agreement between the 25 others infringed upon both the self determination and the unanimity principles of European Union member states. The Court of Justice rejected Spain’s and Italy’s claims in April of last year.

In the Opinion detailed in the latest fight, Advocate General Yves Bot recommended that Spain’s other claims also be dismissed. Regulation (EU) No. 1260/2012, which regards the language arrangements of the unitary patent protection system, is vital to the “principle of sincere cooperation” that undergirds the member state model of the European Union, he concluded. Specifically, Bot notes:

While this brings another victory to EPO’s patent system modernization efforts, this Opinion is not binding on the Court of Justice. A final judgement is now being deliberated and will thereafter be the reference for the national courts and tribunals that will have to decide on related issues.

For more information on the decision, click here for the Advocate General’s press release (PDF) on the Opinion issued regarding Spain and the unitary patent protection system.

Have your own take on the case? Share it in the comments section below.