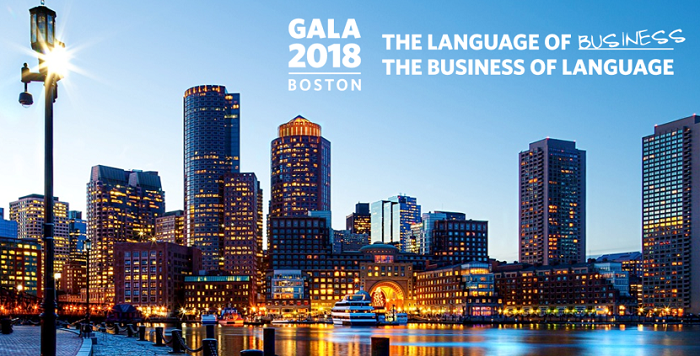 A fascinating thing about curated public events is that no two people experience the event in the same way. Conferences are particularly like this, especially if they involve multiple parallel tracks. Every attendee must choose their own adventure, and inevitably he/she leaves the event with different learnings and takeaways.

It’s in this context that I’d like to share my experience attending both GALA 2018 and AMTA 2018 a few weeks ago.

My participation at GALA (Globalization and Localization Association) 2018 Boston was initiated by Moravia’s involvement in the TAPICC project, a pre-standard initiative that seeks to eliminate waste and friction between systems involved in translation. After a full-day working session and formal presentation on TAPICC, here are my thoughts:

A recurring theme, both directly (in the case of David DeLong’s opening keynote, “Building Tomorrow’s Workforce in Today’s Economy”) and in several workgroup discussions was how to attract talent to the language industry.

And lastly, at GALA, it was interesting and valuable to get insight into the collective thinking: how are customers, technology vendors, translators, LSPs, and others envisioning the globalization challenge? I picked up on a few themes:

The Association for Machine Translation in the Americas (AMTA) event was organized into three tracks: Commercial, Research, and Government. I bounced around between them.

At the end of it all, I came back inspired with ideas, but more importantly questions about what I see as being some of the most challenging and important topics in our industry. If you were there and have additional takeaways, please share!