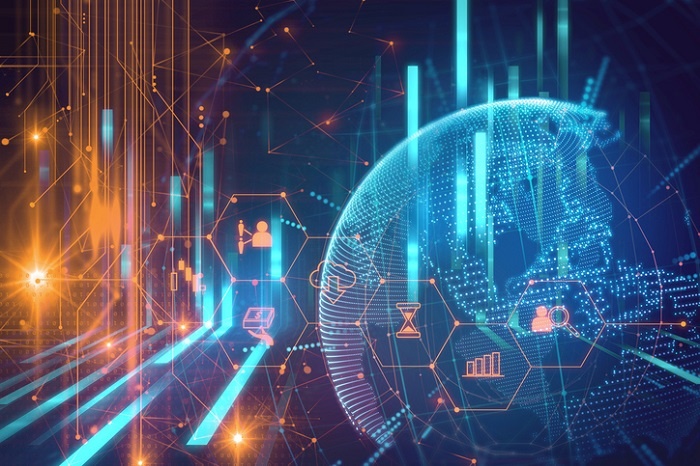 Technology-backed translation is increasing as global consumers demand more and more localized content. Take Machine Translation (MT): how else to translate massive volumes of consumer content in a quick, affordable way? According to a recently published report by research firm ReportLinker, the global MT market size is expected to reach USD 983.3 million by 2022, at a 14.6 percent compound annual growth rate.

What better time then to revel in the ways that technology in the translation and localization space continues to connect far-flung markets and enrich our daily lives?

Facebook Messenger users in Mexico and the US will now find cross-border communication easier. First announced in May at the F8, Facebook’s annual developer conference, the mobile messaging app will automatically translate between American English and Mexican Spanish. Facebook hinted at this development in two earlier reports in 2017. The first noted that its Facebook Artificial Intelligence Research and Applied Machine Learning teams demonstrated that they could achieve more accurate and faster translation using a newly developed neural-network-driven translation platform. The second noted how Facebook developments in machine learning and natural language processing specifically improve the experience of Facebook Messenger users. This feature will also be available in Facebook Marketplace.

“To be or not to be” finally has a multilingual response with the GalaPro app. The translation, dubbing, and captioning app has debuted in 17 New York City theaters with rave reviews. While the app was created specifically for deaf and hearing-impaired patrons of the theater, app developers built the software so that foreign-speaking audience members can also enjoy shows in real-time in their own languages, whether they are catching an English-language show on Broadway or a Japanese-language Kabuki performance in Tokyo.

Previously, deaf and hearing-impaired Broadway patrons were limited to infrequently captioned performances. Blind and vision-impaired patrons, who were served by audio description performances, had even fewer options. “The advent of on-demand closed captioning on Broadway is a true game changer,” said Barbara Kelley, Executive Director of the Hearing Loss Association of America, speaking to Broadway World. “I anticipate our members who had given up on live events because they could not understand dialogue and lyrics will happily return to Broadway.”

The app has options for multilingual audio descriptions, dubbing, subtitles, and audio translations. Developed by the Israeli company GalaPrompter, the app works via a patron’s own or rented mobile device, and has features (e.g., emitting no backlight) to ensure that nearby theatergoers can also enjoy the show.

Online or offline, Google Translate is there for world travelers

In a recent blog post, Google Translate Product Manager Julie Cattiau detailed the latest developments for offline users of the Google Translate mobile app for Android and Apple iOS platforms. “Offline translations can be useful when traveling to other countries without a local data plan, if you don’t have access to internet, or if you just don’t want to use cellular data,” wrote Cattiau. “And since each language set is just 35-45MB, they won’t take too much storage space on your phone when you download them.” As of this writing, the app offers text translation between 103 languages when online and 59 languages when offline, as well as photo translation (37 languages) and real-time bilingual voice translation (32 languages).

While Google Translate is the number one reference app in the Apple Store for the US market, according to App Annie data, it’s not exactly accepted as the authority in all cases. In June, a US district court ruled the translation tool as “literal but nonsensical” in conveying constitutionally protected rights to a Spanish-speaking suspect.

World Cup fans in Russia, on the other hand, are flocking to the tool. Speaking to CNet, Google Translate app representatives report that there has been a 30 percent usage jump within Russia, including a 65 percent jump in the translation of the term “beer”.

The Republic of Korea has become the first of the 191 members of the World Intellectual Property Organization (WIPO) to implement WIPO Translate for its patent documents. The memorandum of understanding signed by the Korean Intellectual Property Office (KIPO) and WIPO in May means that the AI-driven machine translation tool will be integrated into South Korea’s own patent filing and examination processes.

First announced in September 2016 for English and Chinese, the WIPO Translate machine has now been trained exclusively with domain-specific patent texts to ensure patent translation accuracy between ten languages: Arabic, Chinese, English, French, German, Japanese, Korean, Portuguese, Russian and Spanish. PATENTSCOPE, the database research tool that provides same-day access to Patent Cooperation Treaty (PCT) publications in their full text format, has over 70 million records and now fully integrates WIPO Translate. “We are not going to be able to deal as a world with this volume of data and this complexity of data without applications based on artificial intelligence,” said WIPO Director General Francis Gurry, speaking in May on artificial intelligence strategies for intellectual property.