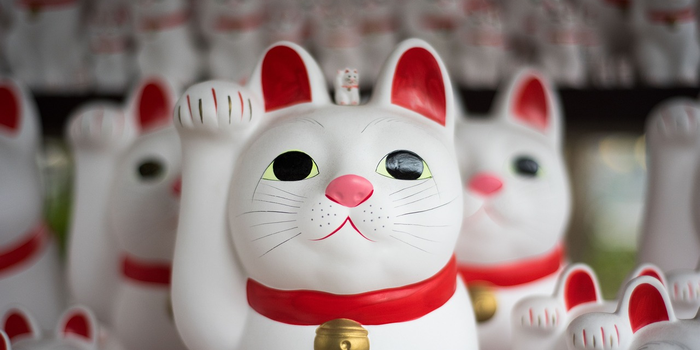 After reigning atop the World Competitiveness Rankings for half a decade between 1988 and 1992, Japan’s global ranking slipped—way down to 26th for 2017. It’s still the third largest economy in the world, but its economic engine seems to be stuck in idle. End of story? Hold on, let’s take a look at what Japan Inc. is doing to get un-stuck.

1. Master the lingua franca of business

That lingua franca is English. And Japanese companies are fully aware that being able to communicate in that language is essential to global commerce. The 20th-century way of tackling this issue was to put English-literate staffers in divisions with names like “International Sales Department” or ship them off to overseas subsidiaries.

Now in the 21st century, Japan is taking its English more seriously. However, due to an education system that is trying (but failing) to provide quality English education to its youth, the country continues to infuse not-so-English-literate graduates into the workforce each year.

So, companies like Rakuten have taken it upon themselves to correct this situation, as we’ve previously written about in this article and that article. Through what was most likely a very painful process for their employees, Rakuten, by edict of CEO Hiroshi Mikitani, made English their official corporate language (even in Japan) and mandated that all employees score at least 650 on the TOEIC (Test of English for International Communication), or else.

It paid off, big time. By April of 2017, that score had averaged over 830 (out of a possible 990), so employees are now comfortably conversant in English.

Although not so draconian in their measures, other Japanese companies like tiremaker Bridgestone, UNIQLO’s parent company Fast Retailing, and automaker Nissan have taken steps to bring English front and center. English fluency not only facilitates business communication with locales outside of Japan, but also enables more diversity in the workforce. Speaking of which…

2. Bring more diversity to the workplace

IMD professor Arturo Bris observes that Japan could regain its competitive edge if it would attract diverse talent from around the world—like Switzerland does.

Of course, we need to understand that Switzerland is a multilingual country to begin with, and that it eagerly accepts foreign talent. Japan has never been known for those qualities.

Harvard Business School professor Linda Hill approaches the diversity issue in Japan from a gender perspective. While in Tokyo for the World Assembly for Women conference, Hill commented that companies need to offer opportunities for female workers to learn how to lead and demonstrate their potential if firms want to diversify their workplace. This makes perfect sense.

Over half of Japan’s population is female (obviously), and considering Japan’s dwindling numbers, they’ll need to get more women into the workforce just to keep things running. Females can also offer a fresh perspective to the many challenges ahead for that nation. Collaborative problem-solving among people of different backgrounds and expertise is necessary.

Says Hill, “Japan needs leaders who can get the most out of diverse thinking so they can indeed innovate.”

Back in 1981, Peter Drucker observed that there were two types of business leaders in Japan. On one side, you had the entrepreneurs who ran Honda, Panasonic, and Sony. On the other side, there were executives who sat with other executives from banks and ministries, sipping green tea.

According to Drucker, “their aim, of course, is not to solve anything but to establish mutual understanding. When there is a problem, one knows where to go. One knows what the other person and his institution expect, what they can and will do, and what they cannot or will not do.”

In Japan, there’s the phrase 石橋を叩いて渡る (lit. knocking on a stone bridge before crossing it). Some say it’s the equivalent of “look before you leap,” but it’s far more cautious. And that’s what the tea-sipping top brass of big Japanese companies that you seldom hear about on Bloomberg TV do. By comparison, Americans are more likely to react with resilience even when things go wrong, including in business.

According to Rochelle Kopp of Japan Intercultural Consulting, one contributing factor to this difference goes back to child-rearing practices. Japan typically uses negative reinforcement so children grow up more cautious, whereas in the US they emphasize positive reinforcement so children become more confident (albeit sometimes without merit). Japanese are brought up to fear failure, while Americans are hard-wired to take it in stride.

So, there you have it. “Fear of Failure—the Mindset.”

But that’s not all. There’s also the sequel: “Fear of Failure—the Real McCoy.” You see, this fear isn’t something psychological that you can will away. In Japan, there are actual material penalties associated with failure. As James Santagata of SiliconEdge puts it, “it is not like Silicon Valley where you can walk down the street and pick up a paycheck at a top firm while you lick your wounds, get on your feet and start again…” Because when you go bankrupt in Japan, you lose all credibility, and other firms will no longer be willing to deal with you.

What’s more, in the case of Japanese SMBs, the CEOs are typically the guarantors of their companies, so the bankruptcy of a firm puts the CEO in the unenviable position of having to pay off all corporate debt in a lump sum—which usually drives the CEO into bankruptcy as well.

Risk-taking in Japan can be very risky indeed… but so can being left behind.

At www.startupranking.com, we can see that Japan ranks 38th in the world for startups. Funds raised by Japanese venture businesses grew about 20% to USD 1.88 billion in 2016, reflecting a strong investment appetite, but still nowhere near the venture appeal of the US or China. Japan is nurturing businesses that are driven by innovation, but not at the lightning speed that one would hope for.

Fortunately, over the years after Drucker made his list, a new generation of companies like SoftBank and Rakuten have joined the “Entrepreneur” rank. And by embracing aspects of these three principles, they are showing the way forward very clearly.

Top photo: Maneki-neko (招き猫, lit. beckoning cat) is a Japanese figurine believed to bring good luck. A common sight at the entrances of gift shops and some restaurants, this friendly feline is said to bring in “wealth” with its right paw, and “friends” with its left. Although the hand (er, paw) gesture may look like it’s waving goodbye, in Japan and some other countries it means “come closer.”