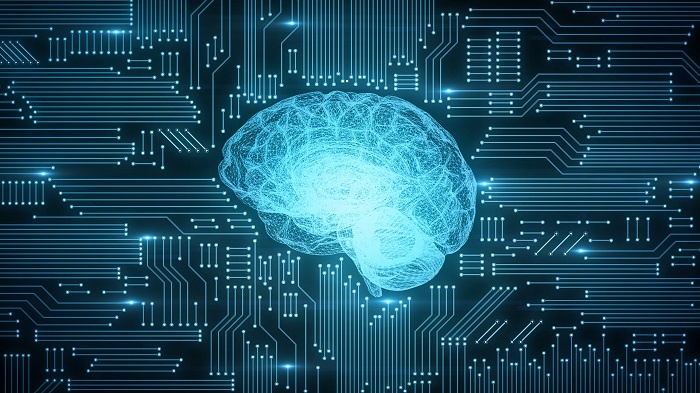 By and large, those of us in the localization industry are multi-cultural and multilingual, traveling the world, celebrating the diversity and power of language. We are interested in languages, culture, and language technology, and how they influence and shape our lives. Many of us also cross over from linguistics and language to the technical side of things.

Jost Zetzsche, a localization professional with nearly 20 years of experience, is a thought leader in these areas. He put his expertise into his latest book, Translation Matters. Comprised of 81 essays collected over the past 15 years, Jost’s book describes a world of translation where technology changes rapidly, but where the translator remains the central figure, ever-savvier in using the tools of the trade.

I had the chance to sit down with him and talk about these ideas.

Viju: One very hot topic on the minds of translators today is Machine Translation (MT).

Jost: In part, my book deals with the identity of translators at a time when MT has clearly become important. It’s critical as translators to define who we are and, on the basis of that self-perception, understand our role in the world and our role in relation to things like machine translation. That’s what the book is about to a certain extent. 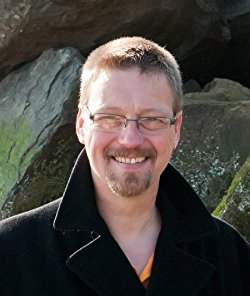 Viju: When I think about MT, I also think about another industry hot topic: AI. What are your thoughts on that?

Jost: I just read an article that talked about artificial intelligence, and it said that translators are kind of the canary in the coal mine. If translators become extinct, then we have truly reached a point of no return, where everything has completely changed, where everything has been turned upside down, and where artificial intelligence has essentially taken over.

Translators have a very secure job for a long time to come. If their job becomes insecure, if artificial intelligence, machine translation, is truly able to take over from translators, society will have changed so much that we will not recognize it anymore. Then, essentially, we’re all out of a job. We’ll have to redefine what it means to be productive, what it means to be a human being, what it means to work in the industry, etc.

At that time, there will be what Ray Kurzweil and others are calling this moment of singularity where we don’t need to work in the kinds of professions that we work in today. But, I think translators will be among the last to go.

What translators do is very close to what it means to be human: to be able to communicate in a complex and multi-layered manner. That’s something that computers can’t do unless we reach that point of singularity.

But don’t misunderstand me—it’s not as if we’re not impacted. But our job is NOT being taken away by it.

Viju: What happens to a translator who’s not inclined to learn about the whole range of tools available? Is there space for such a translator anymore?

Jost: Absolutely. You don’t have to be a tech geek to be a translator. My background is the opposite of technical. But I find joy in making technology work for me in a way that is productive and thinking of new ways of making it even more productive. And I think that’s something that translators should have. So that’s not geeky—it’s just looking at what’s out there and finding the right tools that work for you. I don’t think translators need to know all the tools. They just have to have an idea of what is out there and then make intelligent decisions on which tools to use.

Viju: If we reach a stage where machines do get better, then what happens? There may not be such a thing as post-editing. What happens to the human role at that point?

Jost: We haven’t reached that point yet; let’s talk about it once we do. The neural engines of Google, Microsoft, Facebook, etc., are impressive, but it depends on what kind of data you translate, what language combination you have, etc. They are helpful for drawing out sub-segments or fragments, or for getting suggestions overall, but very often they are not helpful as a first suggestion to post-edit. That’s not the most productive way of dealing with machine translation.

Viju: If you were to write another book 10 years from now, what do you think you would be talking about? What would we be discussing?

Jost: That’s an interesting question. I recently discovered that there are 3,000 languages without a writing system, many of which are endangered, of course. Not that a writing system is necessarily the only way to save a language from extinction, but it makes it easier to communicate the language to the next generation. I think we are going to write a lot about those kinds of languages, the long-tail languages.

Also, everything will be spoken, I think. No more keyboards.

Machine translation will continue to have an impact. Even though it’s a much-rehashed message, it’s still true that translators who have been smart enough to find a specialization will likely still be very successful and maybe even more successful than today. Specializations will have to become so narrow that they truly will become experts. They will have to be highly paid for delivering work.

Another thing: before Lilt came out, we had never seen interactive machine translation—MT that responds to every single word you type and then changes its suggestion based on the work you just typed. We will see a lot more of those kinds of innovations. Also, we will get better about using the data that machine translation provides.

At some point, we won’t be differentiating between all the different data modules that we’re looking at right now: machine translation, translation memory, corpora, terminology databases, and dictionaries. I think they will all merge and become personalized in the process, but it will not be necessarily as clear from where we get our data anymore. The data will just be much more available and it will come from a number of different sources.

Viju: Over the years, in the course of your work, you have both complemented and criticized tools or features. You’ve called out industry trends that you believe might be harming translators’ interests. How do you think your work has helped shape the industry overall?

Jost: I hope I have contributed to more openness. I think I helped contribute to an acceptance of technology, that technology itself is neither evil nor good. It’s just there; it’s just a tool, just like a hammer is a tool. The time span that the book covers is about 15 years or so, and back then, translators had a very different approach to technology: they were very reticent to work with technology and felt threatened. Today, everybody uses a CAT tool.

The other thing is, tool vendors know me. Some of them talk to me about features before they release them, and so I have had a little bit of influence in that area, where I can bring in my experience or my understanding of what technology can do for translators in the design of tools. But overall, I think I have helped translators appreciate technology.

Viju: Do you have any final thoughts?

Jost: One really important message for both sides is that machine translation engines could not be built without translated data. The translated data doesn’t come from nowhere; it comes from translators. And it’s because language is not static—language develops all the time, as you and I know very well. There is an ongoing need for translators. So the data that you have in 2017 is going to be obsolete because language will have changed in 5, 10, or 15 years.

Unless machines develop in a way that is just unimaginable to us, if they somehow recognize how language is being changed without any input, humans will always be critical.