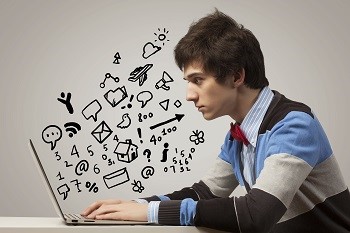 Translation and language technology continues to fascinate. In this month’s edition, we travel from a Mali market, where the promise of local translation is transforming the mobile phone market, to a university language lab in Austria, where scientists are working to synthesize dialects into other forms of communication.

Join us for the journey!

GeekWire: One of the great annoyances of using a mobile device to search the web has been encountering websites in foreign languages. After all, it’s easy enough to copy and paste a link into a translation service when working at a computer, but trying to do the same thing on a phone is a time-consuming and problematic process. That’s what Microsoft is aiming to fix with the next update to its Bing Search app for iPhone, which includes a new extension that people with iOS 8 can use in Safari (the iPhone’s built-in web browser) to translate pages written in another language. – Bing Search app brings on-the-fly language translation to iPhone, 23 September 2014

User-Friendly WordPress Made Even Friendlier

Smashing Magazine: “Since I’ve always used WordPress in English, it took me a while to realize how important internationalization is. 29% of all WordPress.com installations use a non-English language, which is huge and not that far from more than a quarter of all installations. Version 4.0 makes it much easier to get WordPress to speak your language. In fact, the first installation screen asks you to choose your native tongue. Nice! This is a big step up from either having to download in your own language, or grabbing language files manually and modifying the config.” – A Quick Tour Of WordPress 4.0, 27 August 2014

Translation via QWERTY in iOS 8

TechCrunch: “The keyboard apps are coming in thick and fast for iOS 8 — which finally opened up Apple’s mobile platform to Qwerty disruption. Earlier this week we came across Phraseboard, a keyboard that puts custom phrases at your fingertips for speedier texting. Now here’s another keyboard that can deal with whole sentences at a time — although not to speed up the basic typing process but rather for faster translation. The Translator Keyboard for iOS 8 can translate what you’ve typed into one of 44 other languages — including French, Spanish and even Welsh. Beth annisgwyl! – Translator Keyboard For iOS Makes Writing Foreign Missives A Breeze, 2 October 2014

That’s AH-nold Schwarzenegger To You

Deutsche Welle: “Most synthesized speech is based on a standard or commonly spoken form of the language. Now scientists in Vienna have developed a speech synthesiser which delivers dialects along with an on-screen Avatar, which backs up comprehension by providing lip and facial movements. Several years ago they synthesised the local Viennese dialect, known as Wienerisch, and now they are setting out to capture a range of regional and local dialects and incorporate them into a new generation synthesiser. Known as Adaptive Audio-Visual Dialect Speech Synthesis, the system transforms text into acoustic and visual signals.” – Next big thing: your phone will speak your dialect with Austrian speech synthesis, 2 October 2014

Translation: A Cow Falling Over But Not Dying

The Economist: “OUSMANE sweats under a tin roof as he thumbs through a Chinese smartphone that he is selling at the technology market in Bamako, Mali. Words in French, Mali’s official language, scroll down the screen. “A ka nyi?” (Is it good?) a customer asks him in Bambara, Mali’s most widely used tongue. Mozilla, the foundation behind Firefox, an open-source web browser, wants Ousmane’s customers to have the option of a device that speaks their language. Smartphones with the Firefox operating system (OS) are already on sale in 24 countries, including Bangladesh, India and Mexico, for as little as $33. Other countries will be added as it makes more deals with handset manufacturers. And Bambara is one of dozens of languages into which volunteer ‘localisers’ are translating the OS.” – Cookies, caches and cows, 27 September 2014

What’s Arabic for Down Under?

News.com.au: “Four-year-olds will be encouraged to learn French, Arabic, Indonesian, Japanese or Mandarin under a new taxpayer-funded initiative to get Australian kids speaking a second language. The [Australian] Federal Government will today launch a new $9.8 million pilot program to deliver foreign language “apps” into preschools. The new technology will allow preschool students, as young as three and four, to gain foreign language skills through playing educational games on tablet devices. Assistant Minister for Education Sussan Ley said 40 preschools, including some in regional and remote areas, would be chosen to participate in the one-year language trial, which will begin early next year.” – Federal Government to launch trial program to teach kids languages, 15 September 2014

The Atlantic: “[Global media streaming platform] Viki has teamed up with the the Living Tongues Institute for Endangered Languages to encourage those who speak endangered languages to contribute their own translations of the shows. They’re currently adding projects for everything from Cherokee, a language spoken by about 18,000 people in the southeastern United States to Maori, a language spoken in New Zealand by about 60,000. The most popular endangered language on the site is Basque, spoken by about 720,000 people in the Basque region on the border between Spain and France.” – Saving Languages Through Korean Soap Operas, 23 September 2014