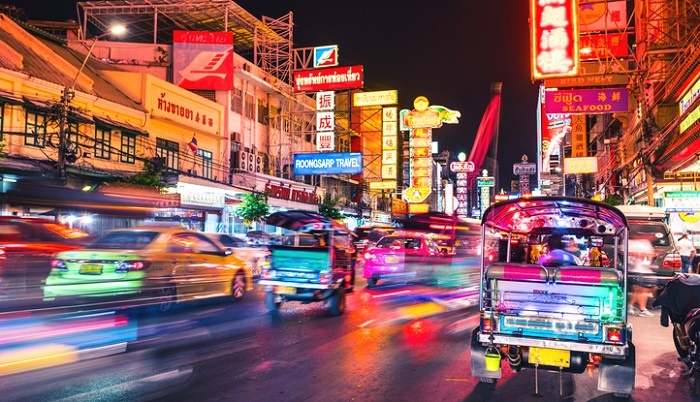 India, China, and the 10 countries comprising Southeast Asia present the perfect market conditions for the ride-sharing business. The region is the world’s largest internet market and is growing rapidly, propelled by young, middle-class consumers eager to spend.

Predictably, the ride-sharing business is at its most competitive in this region, making innovation a necessity. What can its counterparts around the world learn from what’s happening here?

If there’s just one key takeaway from Asian ride-sharing companies, it’s that businesses should never take local customers’ preferences for granted. Ola in India, Didi Chuxing in China, and Grab in Southeast Asia have all routinely challenged their global peers with great success, despite the fact that not all of them started with massive funding.

However, they exploited what they did have: a keen understanding of the local market and the ability to move quickly.

It’s understandable that local companies have an advantage over global ones when it comes to knowing the pulse of the market. But if you ever have to play catch-up with your competitors in a fast-changing sector, make sure that the copycat features you’re adding stack up to theirs. In your hurry to roll out those features, don’t skip testing for annoying bugs that may further compromise your position.

Whoever cracks the payment puzzle gets the market

Though going the cash route enabled regional players to seize market share, it’s interesting that eventually these companies, along with their global peers, launched their own e-payment systems. It’s easy to see why: Digital payment systems help in forming habits, since a customer may typically use the ride service several times over a day or week. It also ensures that the ride-sharing company owns the complete ride experience.

While the cash alternative must remain, offering e-payment is necessary to keep the savvier user engaged. Digital wallets also open a growth path into the world of fintech for these taxi-hailing apps.

Digital divide is just another opportunity

Though the region is a fast-growing internet market, it’s also home to many people who often do not have access to the internet or even bank accounts. Grab saw this situation as an opportunity rather than a challenge: It acquired Kudo, an e-commerce and payment company in Indonesia that works with exactly such a consumer base. This acquisition helped Grab tap into Kudo’s 400,000 agents across Southeast Asia to recruit drivers and manage their payments.

A lot of consolidation has happened in the ride-sharing business in Asia, the most recent one being Softbank’s  investment in Uber. Ola, Grab, and Didi—also Softbank-backed—have joined hands, offering riders just one app to use services from any of the three companies. So now, pretty much everyone is invested in their competitors. Still, the game is developing and could get more interesting as more regional players step into the picture.