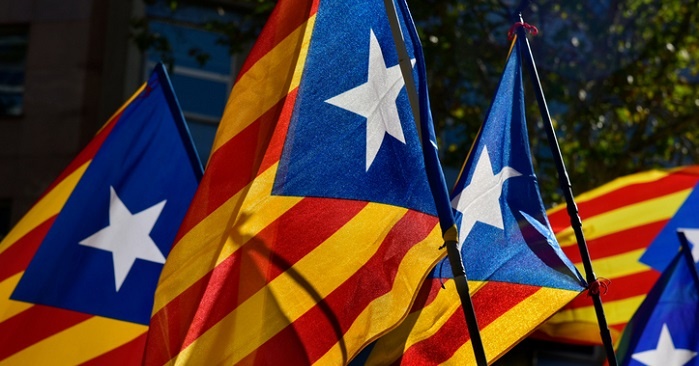 If your company has been operating in Spain, you may be considering adding Catalan to your language repertoire based on the developments in the last couple of months. Whether or not you actually add the language will depend on the political developments and market requirements.

But this is a good time to understand the language, the culture of the region, and the localization challenges that may be involved. We sat down with Anna Colominas, our Linguistic Services Group manager and a Catalan, to learn more.

First, the most obvious question: How is Catalan different from Spanish?

Catalan and Spanish are both stand-alone languages originating from Latin. As with other Romance languages, they share some similarities due to their Latin roots.

However, they have remarkable differences regarding pronunciation, lexicon, and grammar. Catalan is closer to other Romance languages such as French, Italian, or Occitan than it is to Spanish.

Catalan was once a repressed language. How did this affect its development?

Catalan has undergone great bouts of repression throughout history. One of the most recent and infamous repressive periods was under Franco’s dictatorship (1936–1975). Catalan was then banned both at school as well as in official usage. My parents were both schooled during the dictatorship and they were only allowed to speak Catalan at home. All their schooling and professional training was in Spanish.

Despite these constant repressive undercurrents, Catalan has managed to hold strong and is a highly evolved language, with a well-recorded literary tradition dating back to the early Middle Ages. Humanist thinkers, such as Ramon Llull (13th century), wrote their philosophical and scientific works in Catalan. In addition, official linguistic institutions, such as Institut d’Estudis Catalans (Catalan Studies Institute), and reputed linguists, like Pompeu Fabra in the 19th century, have helped settle Catalan grammar and spelling into its mature and contemporary form.

According to this Wikipedia page, the number of people who can write in Catalan is less than 50 percent of the population of Catalonia, while nearly 75 percent can speak as well read the language. Any reason for this lower writing proficiency?

I would say that a large percentage of those who can’t write in Catalan could fall into one of the following scenarios:

On a related note, there is a very respectable percentage of immigrants signing up for free, government-funded lessons in Catalan. This is very important and commendable not only in terms of social and cultural integration, but also in keeping up with the second and third generations who grow up as fully bilingual adults.

How much localization into Catalan is currently happening compared to Spanish?

Before the dawn of the internet, there was barely any effort from either Spanish or foreign companies to localize their products into Catalan. But with the digital and social media revolution, and with greater efforts from Catalan education specialists toward “linguistic normalization”—an effort to teach Catalan at schools—there has been a greater demand for localization into Catalan.

From a localization perspective, what should companies be aware of when translating into Catalan?

Any company that takes the Spanish (Spain) market seriously should be sensitive to the regional, identity, and linguistic variations within the peninsula.

Catalan is a very important target market in terms of potential customers, as it has a high GDP when compared to the rest of Spain. For this reason, any brand wishing to target consumers living in the region would do well to localize their products into Catalan.

Some things to note are:

Is there a grammatical distinction between formal and informal addresses in Catalan? If so, how many levels of distinction are there?

Depending on which form of address we use, the text needs to be adapted in terms of morphology and lexical forms, as well as term inflections and verb declensions. For this reason, it is extremely important to decide on the formality level that you wish your brand to adopt as early as possible.

How are loanwords accepted in the language?

Catalan is currently a flexible language in terms of loanwords. While it may have been stricter in the past, this was largely due to self-preservation needs.

The Catalan culture is open and cosmopolitan. This is reflected in the language, which is ready to adopt foreign terms and integrate them into a constantly evolving language. Oftentimes, loanwords are Catalanized; that is, a Catalan flavor is added. Terms related to social media are clear examples of this: for instance, tweet becomes “tuit.”

Having said that, there are still some loanwords that are used without any further adaptation such as “software.”

Other terms, such as “hashtag” (“etiqueta”) or “trending topic” (“tema del moment”) are far more controversial in terms of localized- versus source-term usage.

Does the grammatical structure of the language make it sensitive to the context?

In addition, Catalan has a system of non-stressed personal pronouns (weak pronouns or “pronoms febles”). These are strings of up to two to three different pronouns that link to the main word through hyphenation.

All these pronouns may pose a localization problem when translators lack context, such as when dealing with strings that contain stand-alone terms, variables or placeholders without translation instructions.

With no instructions available, we do not know what {0} will be replaced with.

So in this string, “New” could end up localized as “Nou,” “Nova,” “Nous,” or “Noves” depending on what the translator makes of it if context or string instructions are missing. There is room for error in such cases.

Catalan users are heavy digital media users. Catalan is one of the most popular languages on Wikipedia (18th in the 2017 list of languages with the greatest number of Wikipedia articles written in the language).

I would also say that Catalans would be, in general, open to and participative in new-wave localization initiatives such as crowdsourcing, especially for products with a strong social or cultural dimension.

Lastly, I greatly encourage all businesses to localize into Catalan, as they will find an extremely receptive and appreciative target audience.