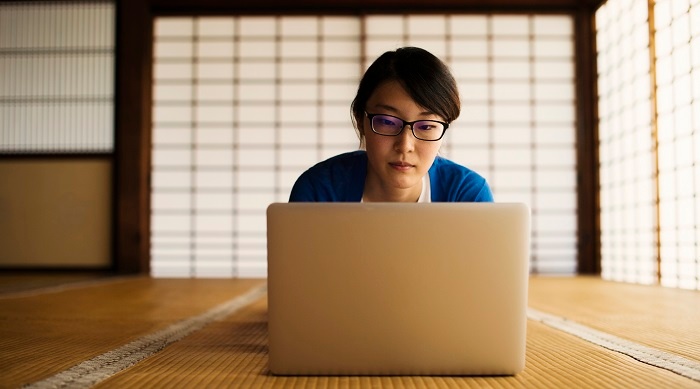 Inbound marketing pioneer HubSpot held its “Grow with HubSpot” event on September 8th as part of its Tokyo office grand opening inaugural celebration. HubSpot CEO Brian Halligan was there, reenacting a sumo bout that took place years ago to express his future hopes for change in marketing practices in Japan. Will it happen, or will the status quo prevail as it often does in the land of the rising sun?

Inbound marketing is a great idea — especially for companies that don’t have the kind of megabudget necessary for conventional advertising campaigns. It’s non-interruptive, unlike TV commercials that play every 5 minutes or so. After all, who takes that spin seriously anyway? Even an industry superstar like Alex Bogusky, considered to be the father of 21st century advertising, would just up and leave because there’s something inherently wrong with the ad industry, right? It’s time for a change.

Meanwhile, back in Japan

In Japan, however, people love their advertising. Up-and-coming actors and actresses often get their first big break in TV commercials. Comedians strive to win manzai competitions for the accompanying commercial deals. Tommy Lee Jones appears regularly in a canned coffee commercial. And the audience eats (or drinks) it all up.

Competition is especially fierce among the three major mobile carriers, resulting in consistently water cooler-worthy works. People will be looking for the latest flavor of this or that candy after lunch, based on what they saw on TV that morning. Japanese lives are quite TV-centric.

A mobile carrier built an entire TV commercial franchise by weaving their products and services into the lives of fairytale characters.

Plus — and this may come as a rude awakening — many in Japan feel that a company that does TV advertising is more trustworthy and reputable than a company that doesn’t. Research shows that TV still outperforms social in certain areas, such as when you need to expose your brand far and wide in a short amount of time. And where consumers are concerned, 54% of men, and 74% of women, purchase goods based on the commercials they see on TV.

Rooting for the little guy

The HubSpot crew are smart people, so they know this situation well — which is why Brian Halligan reenacted the sumo bout between Terao and Konishiki on stage for us.

In fact, his on-stage performance was triggered by a question by the emcee. “What has changed in Japan since you were last here 18 years ago?” she asked. Halligan thought about it for some time and came back with:

Then the one-manned sumo action ensued. He wants to see a grassroots marketing revolution in Japan. He wants to see the little guy triumph over the big guy. He expressed it very visually for the audience here in Tokyo.

Both Brian Halligan and David Meerman Scott, co-authors of the book Marketing Lessons from the Grateful Dead: What Every Business Can Learn from the Most Iconic Band in History (which has actually sold more copies in Japan than in the US), delivered powerful messages advocating disruption of the status quo, and a mindset shift away from manipulative advertising tactics to the trust-based relationship building of inbound.

As mentioned earlier, Japanese people are not fed up with TV advertising. They cherish it more for its entertainment value than for information. So even non-customer-facing B2B companies advertise on TV (for the sake of brand image only). The folks here don’t distrust the media as much, nor do they despise corporations — because corporations run the economy and provide employment. There is no consumer vs. corporation dynamic here (yet).

In this B2B commercial, an electronic parts manufacturer showcases cheerleading robots to build brand image and appeal to the next generation of engineers. Source: http://dentsu-ho.com/articles/2841

The ground for inbound marketing is not as fertile here as elsewhere because the land has been tilled extensively by ad agency giant Dentsu — ranked 5th in the world, and dominating market share in Japan at 25.3%.

Whether you buy into the dark and spooky image painted by French journalist Mathieu Gaulène or not, the fact is that Dentsu is the status quo when it comes to the advertising industry in Japan. (The immensely popular KDDI au commercials mentioned earlier are by Dentsu, by the way.) Overall, the Japanese people have no problem with the Japanese way of doing things; they know no alternative.

The idea of harmony, or “wa” (和), is inherent in Japanese culture. It’s one of the reasons Shintoism and Buddhism have coexisted in this country for centuries. Shintoism is called upon for “beginning” events like weddings and rites of passage such as Miyamairi and Shichi-Go-San. Buddhism deals with “endings,” such as funerals and memorials. Each has its own essential purpose in a person’s life.

Likewise, it is easy to imagine a Japan in which inbound and outbound marketing coexist in harmony. The big corporations will continue to throw money at Dentsu, Hakuhodo and the like, because they serve a purpose. Startups and foreign companies entering the Japanese market can build their presence and become more “findable” through inbound marketing solutions like HubSpot. And these same corporations may eventually use a mix of both inbound and outbound throughout their life cycle as a single socioeconomic entity.

P.S. Here are a bunch of little-man-beats-big-man sumo matches by Mainoumi, who is dwarfed even by Terao.