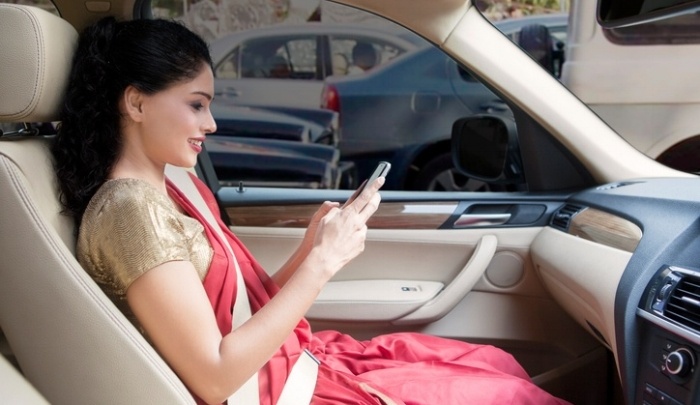 The other day, when I installed a Kannada keyboard on my mother’s smartphone, it took her about two minutes to get annoyed with it. A native Kannada speaker, she asked me to switch the keyboard back to English.

“Do you want to type in English?” I asked her.

She said, “No, I am going to type Kannada in English.”

And, that’s where our story for today begins…

My mother is like the majority of people in India who have a basic proficiency in English, but would much rather use their own language to converse online because that’s what they do in real life. Hence my assumption that she would be happy to use the Kannada keyboard on her smartphone.

The Kannada keyboard (see Picture 1 below), however, turned out to be a lot more intimidating than an English one, where she could just type out Kannada words as they would be pronounced and the text would appear in Kannada (see Picture 2 below).

In the Kannada keyboard, one must add the vowel (underlined in yellow in Picture 1) to the consonant (underlined in red). So typing (K) + (aa) = Kaa, then typing (G) + (e) = Ge, resulting in the word kaage (crow), which is not the way one writes in the language—it’s very counterintuitive. 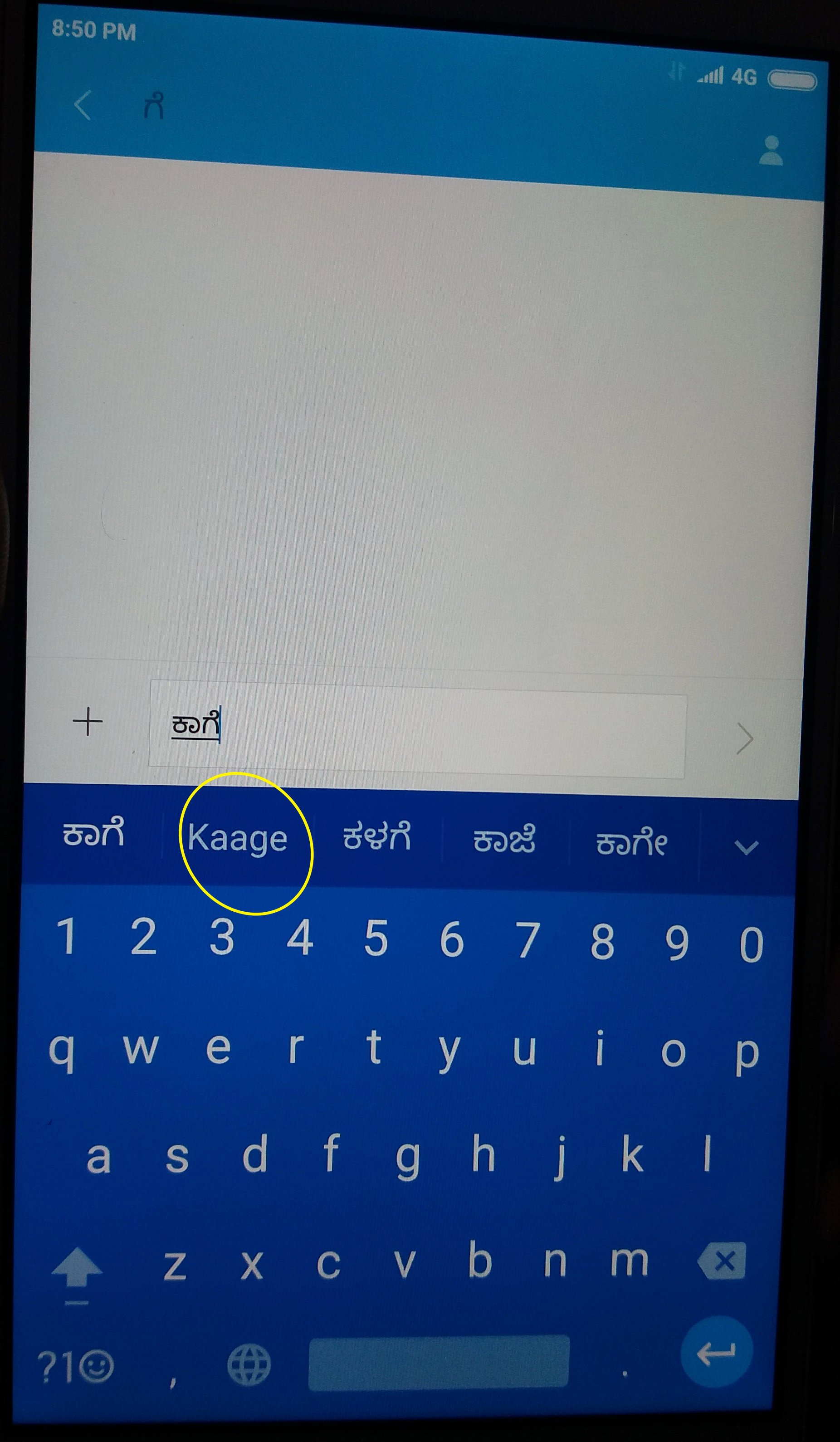 Many smartphone users in India graduated from feature phones at a time when they only supported English keyboards. Though this did involve a learning curve, now these users are past it and carry those learnings with them. Also, most Indian smartphone users have never really typed in the course of their daily lives; there was simply no need to.

But with the prevalence of smartphones and a near-ubiquitous internet, everyone wants to communicate, shop, search, or network online. And thus the need to type. (If speech-to-text for Indian languages had been available on mobile devices earlier, current users may have preferred to completely bypass typing.)

In the current scenario, English transliteration provides the shortest learning curve for an entire generation of Indian internet users who simply don’t know how to type in the language they speak.

For the sake of comparison, I quizzed my colleague Marina Pantcheva about user preferences in Iran, another economy that has been opening up online (and offline). She said that the Persian alphabet and transliteration in Latin are the two main input methods for Iranian users. “Transliteration was, until recently, the main input method for mail, chat, text messages, blogs, etc., but with the advent of software supporting Persian, more and more people switch to the Persian alphabet, especially in Iran. This circumvents a big problem caused by transliteration: namely, different letters with equivalent sounds look the same when transliterated. For instance, سد ‘dam’ and صد ‘hundred’ are both transliterated as ‘sad,’” she added.

Generation gaps are a (tactile) thing

My colleague Doug McGowan reports from Tokyo that in Japan, like in India, people’s device usage history influences the way they type. Japanese cellphone users are about equally split between smartphone and feature phone users, although the former are trending up. Younger generations go for smartphones, but older users cling to their feature phones.

The older age groups prefer the so-called 10-key method used on traditional cell phones or feature phones. And when they switch to smartphones, it’s this keyboard setup they like (see Picture 3). 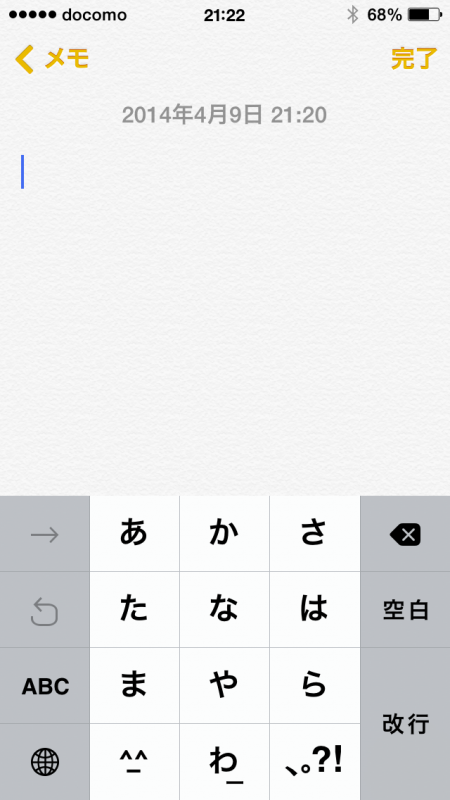 The visible keys are the leading character of each gojuon group (alphabetical order). So the key for あ rotates through あ>い>う>え>お (a>i>u>e>o) each time you tap it. Same goes for the ka, sa, ta, na, and other groups.

The younger generations have mostly never touched these older phones. And even if they did, they never developed much of a liking for this input method. Younger people quickly adopted the newer flick method (see Picture 4), which takes advantage of touch-screen operability and cuts down on input time. 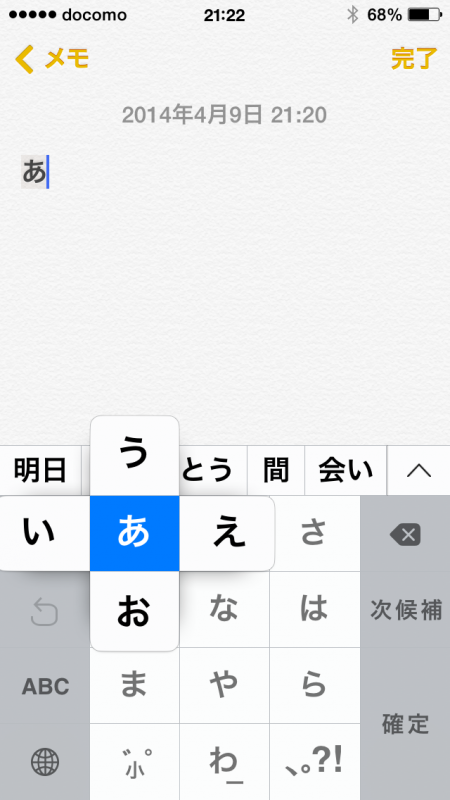 From this little exercise of comparing notes with my colleagues, it’s clear to me that our tech backstories in a way dictate the kind of User Experience (UX) we will have on our phones. And though in this post I have referred to only non-English speakers, it’s not limited to them.

UX engineers need to see their work as a part of localization to understand how people all over the world are affected by it. It’s the little things that make huge differences in people’s daily use of technology.

The other thing that struck me is that language tech innovations need to happen in emerging languages, such as Indic or African languages, to be relevant and impactful to large swathes of humanity. Global companies like Google have, of course, quickly warmed up to the idea, but not everyone is fast to bring the full functionality of their features to speakers of these languages.

Innovation always happens in the high-traffic languages first, and then trickles down to the longtail ones. But if you want to cash in on the growth potential of these economies and not have to play catch-up, you must reverse this approach.